Phoenix and Holy Fuck Shake the Floors of the Sound Academy

French alternative rockers Phoenix played to an eager sold-out crowd at the Sound Academy on Saturday night, just a few days after receiving word of their first Grammy nomination. Support was provided by Toronto electronica experimentalists Holy Fuck, a quartet with a penchant for crafting atypical melodies using unconventional instrumentation.

Though it'd only been a few months since I'd seen them live, I was undoubtedly more excited for the opening band than I was for the headliners. Holy Fuck are a tremendous live act, with a unique stage presence that sets them in a league of their own. 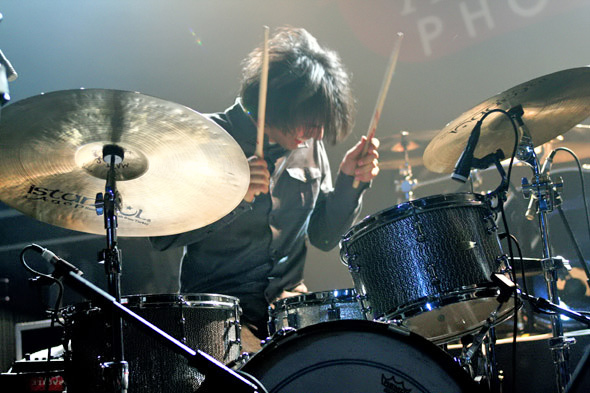 The rhythm section of Matt McQuaid on bass and Matt Schulz on drums kept things tight throughout their 45 minute set. Their ability to improvise and play off one another without compromising their cohesive sound allows Holy Fuck to experiment at will, often veering into a realm of exhilarating unpredictability. 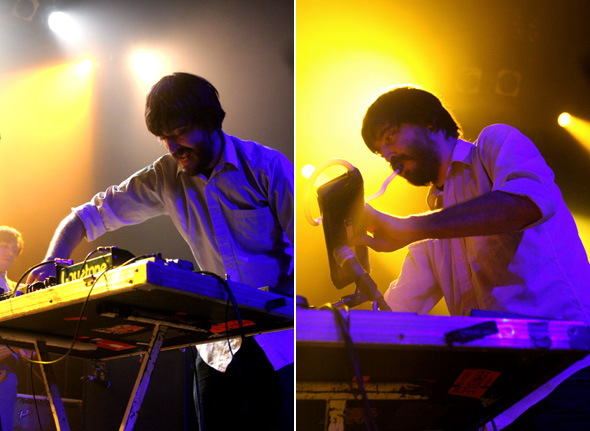 Brian Borcherdt and Graham Walsh faced one another as if in battle, duelling with keyboards, pedals and a grand selection of non-instruments including a 35mm film synchronizer. 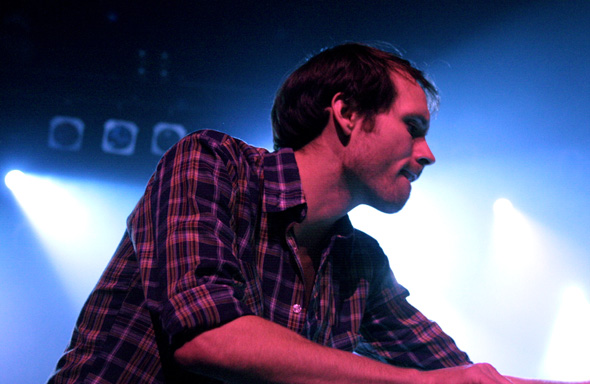 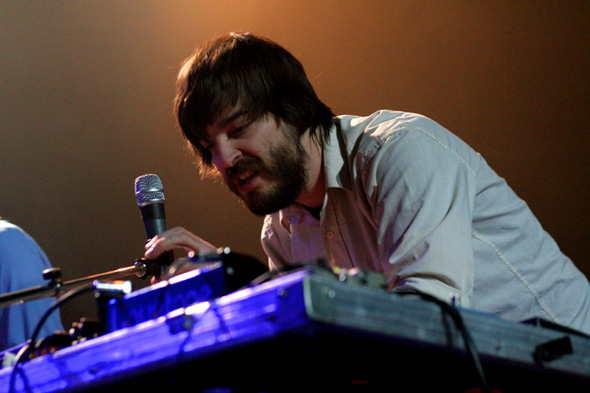 The two have extraordinary live chemistry, building richly layered electronica songs without the aid of laptops or pre-programmed loops.

As Holy Fuck dissembled their setup, the venue rapidly continued to fill. With both floors of the Sound Academy open for Saturday night's show, the building easily reached maximum capacity in time for Phoenix's headlining set. 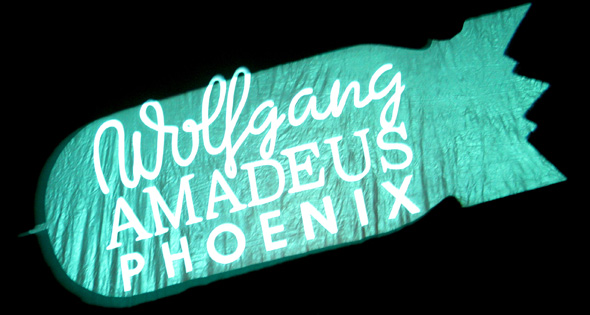 At their core, Phoenix are a quartet of childhood friends that grew up playing music together in their hometown of Versailles, France -- the same region from which renowned French musicians Daft Punk and Air were spawned. Very much a product of their cultural upbringing, Phoenix play delightfully upbeat synth-pop songs with a more alternative edge than their regional predecessors.

Touring with a few extra members to beef up their sound during live performances, Phoenix took the stage shortly after 10 o'clock and were met by a ravenous crowd. Greeting the audience in French, vocalist Thomas Mars counted down to un before throwing a killer one-two punch combination of 'Lisztomania' and personal favourite 'Long Distance Call.' 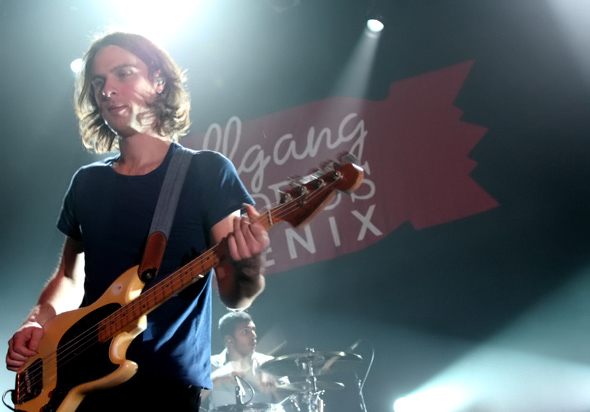 Deck D'Arcy jumped from keys to bass throughout the evening, almost kicking me in the head a few times as he excitedly teased the crowd from the front of the stage. 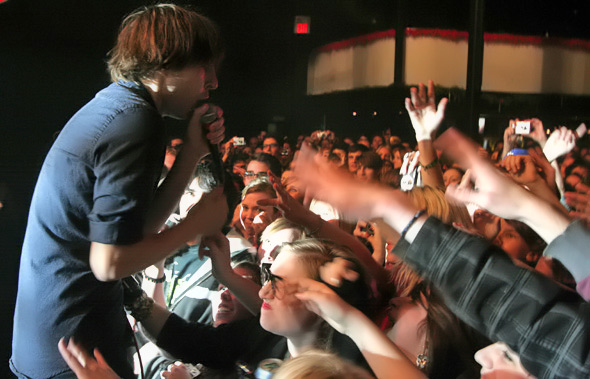 For the most part, the rest of the band kept their stage performances fairly tame, especially in comparison to Mars, who quite literally embraced the crowd with open arms only a few songs into the set. 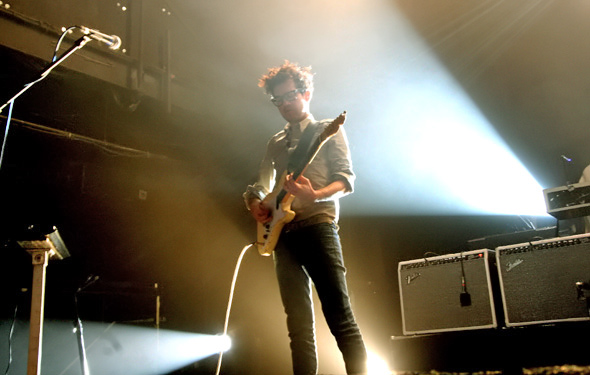 Gutiarists Christian Mazzalai and Laurent Brancowitz hit every note with ease, somehow managing to maintain the polished sounds of 2009's Wolfgang Amadeus Phoenix in a live setting. In contrast to Holy Fuck, Phoenix rarely improvised during their set, instead electing to reproduce the mixed and mastered sound of their records as accurately as possible.

Phoenix played all but one track from their most recent album, filling up the rest of the set with a few songs from each of their earlier releases. Fan favourites from their 2006 effort It's Never Been Like That such as 'Napoleon Says' and 'Consolation Prizes' received warm receptions, but it was the much more accessible and pop-oriented sound of WAM that had the youthful crowd enthusiastically singing and dancing.

Closing with 'Rome,' the band departed for only a few minutes before Brancowitz and Mars returned for a stripped down performance of 'Everything is Everything' from 2004's Alphabetical, followed by a full band performance of 'If I Ever Feel Better.'

Saving the best for last, Mars again counted down from quatre as the familiar keyboard chords of '1901' echoed through the venue. The intensity of the crowd reaction was almost overpowering -- from the upstairs balcony, the sea of heads and hats surrealistically resembled ocean waves as they jumped up and down in unison.

Halfway through the song, the band slowed down a bit and Mars inconspicuously snuck off the stage. Assuming he had again gone to greet the front row, I scanned the stage area in hopes of catching a glimpse of him. A few seconds later, I spotted the singer approaching the sound booth, microphone still in hand as security struggled to elevate the cord above the crowd. 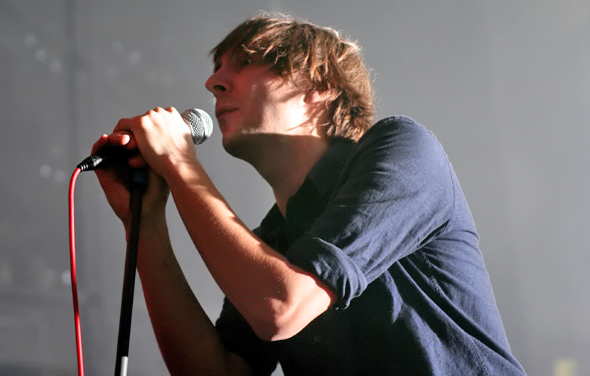 He was instantly swarmed, soon abandoning his microphone and electing to crowdsurf his way back to the stage. Once he arrived, he encouraged fans to climb up and over the barriers and join them on stage for the grand finale.

I left the venue wholly fulfilled by the show, having witnessed both the chaotic experimentalism of one of Canada's most ingenious electronic acts as well as the polished perfectionism of internationally-renowned pop stars Phoenix.

Check out the setlist below: 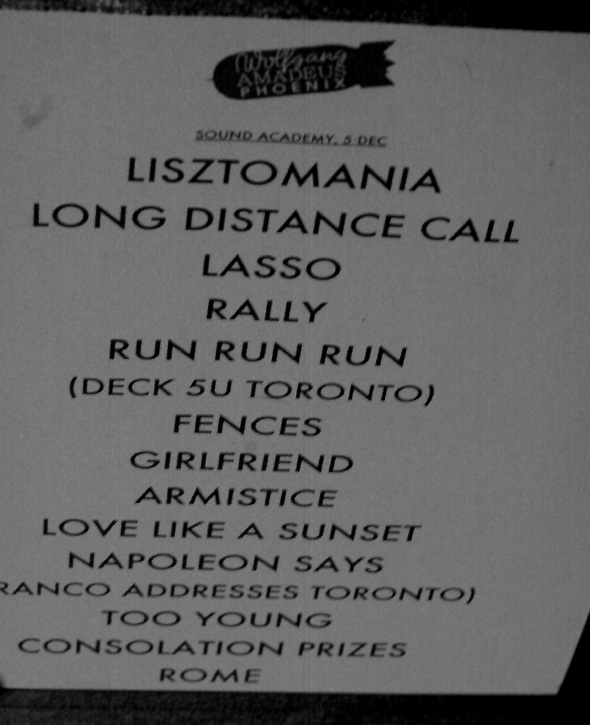