Devo whipped it good at the Phoenix in Toronto.

Hordes of cool nerds in their "energy dome" hats happily bopped along throughout the upbeat second of two shows on Tuesday night.

In front of the stage, I was surrounded 10 deep by an abundance of 20- and 30-something guys and the odd girlfriend. I was surprised so many die-hard fans splurged the $30 at the merch booth for the flowerpot-like red hats. The post-punk, new-wave band made them famous almost 30 years ago in their pioneering hit video for Whip It, on early MTV. 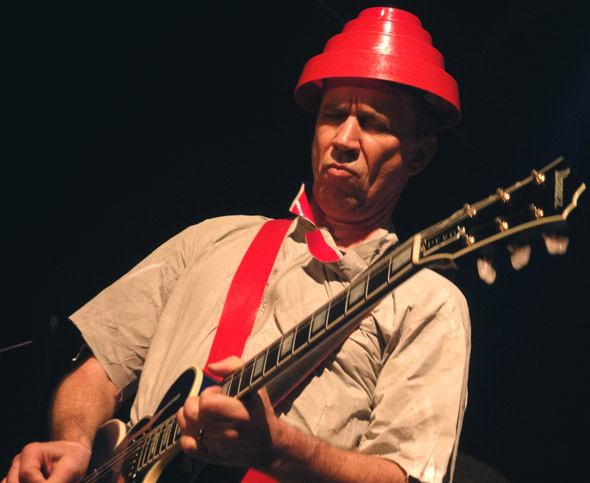 Devo's energetic set on Tuesday saw them perform their 1980's Freedom of Choice album in its entirety. Monday night saw Devo perform their 1978 debut album Q: Are We Not Men? A: We Are Devo. Both albums were recently reissued, given the remastered and repackaged treatment, no doubt. And the band is poised to release a new album, Fresh in the coming months. 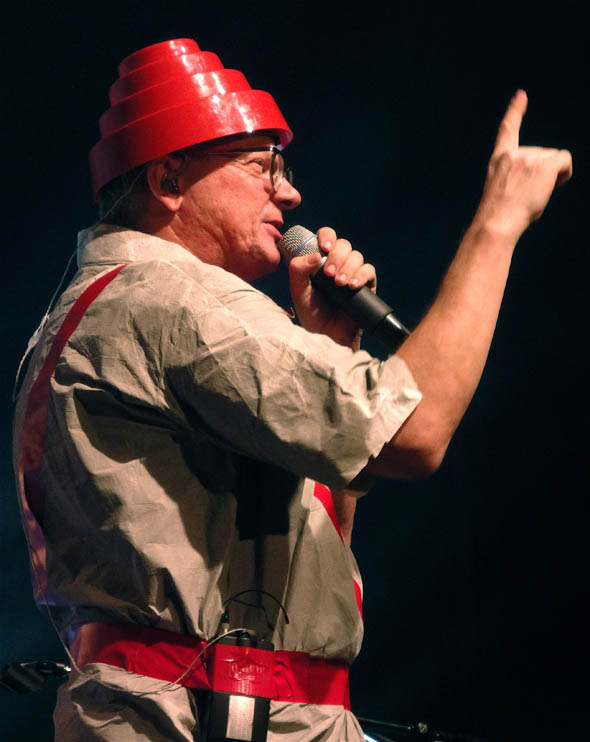 The energy of the crowd was only surpassed by the energy of the band. Most notably, singer/keyboardist Mark Mothersbaugh, who pranced around on stage like a kid half his age. Bassist/singer Gerald Casale was pretty animated too in this, their first tour to hit Toronto in over 25 years. 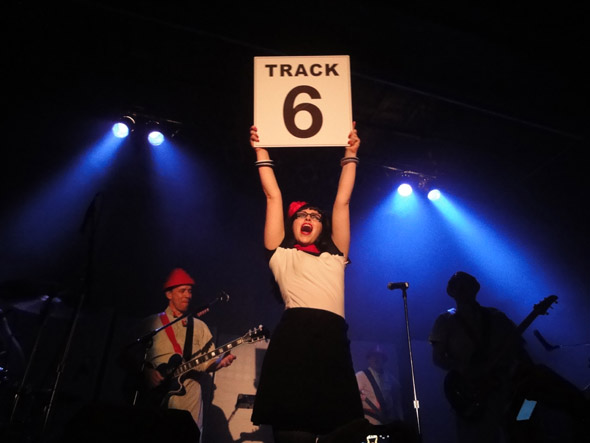 Before each song, a sexy lady in black, white and red strode to the front of the stage, holding up the track number as if it were a new round in a boxing bout. 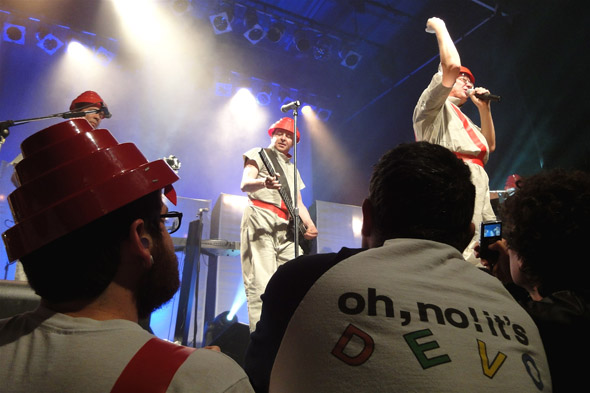 This was much better than sitting at home listening to the album. That's Pep! had an extra dose of pep that got even the more conservative Toronto concertgoer in the crowd moving to the beat. Kudos to drummer Josh Freese (Weezer, A Perfect Circle, Nine Inch Nails) who kept the beat and kept it strong throughout the show. 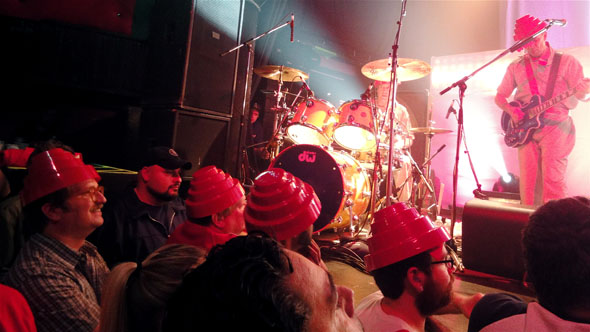 After the album was performed, we were treated to an encore that included Be Stiff and Beautiful World, which saw Mothersbaugh suited up as a Booji Boy, retelling a long-winded but amusing story of a limo ride with Michael Jackson.

By the end of the encore, a bucketful of colourful, smiley-faced super balls were tossed into the audience, likely keeping Devo fans amused for hours after the excitement of the show subsided. 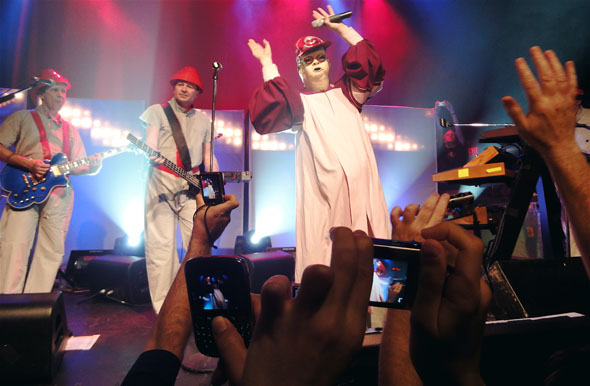 Opening act, JP Incorporated brought the kitsch, dressed up in a wig and faux beard, doing send-ups of TV theme songs. There were plenty of utterly forgettable moments in the act, which came across as an amateur comedy sketch. 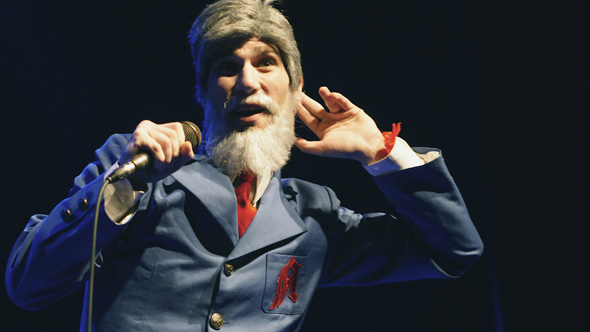 JP is great if you like hearing a funny-looking guy sing along to hokey spoof infomercials for products such as No Prob Limo, Jazzbot Extreme and Crap Factory. The latter was the most amusing, as it poked fun at the music industry's reliance on manufactured crappy bands that have become popular.

It's a good thing that acts like DEVO are still around to remind us what originality is like.