Lucero Serve Up Some Southern Flavour at Lee's

Lucero brought a little piece of Tennessee to Lee's Palace on Tuesday as the headliner of the Ramblin' Roadshow Revue. It was a scrappy, fun-filled night for the rowdy, drinking crowd, who were quite enthusiastic at the prospect of getting a taste of the south.

I wound up missing the opening act Cedric Burnside, but I managed to get there just in time to check out Amy LaVere. Ever so slightly overdressed for Lee's, LaVere stood in high heels, but was still overshadowed by her gorgeous upright bass. Within a few notes, I could tell she has a great passion for Americana music, infusing her rock & roll songs with elements of country, jazz and blues.

Encouraging the consumption of whiskey throughout her set, she won over the half-in-the-bag Toronto crowd with tales of her short stint spent attending catholic school in Whitby during her childhood. Touring with guitarist Steve Sullivan and boyfriend/drummer Paul Taylor, she has a commanding stage presence, simultaneously singing and slapping her bass with authority. 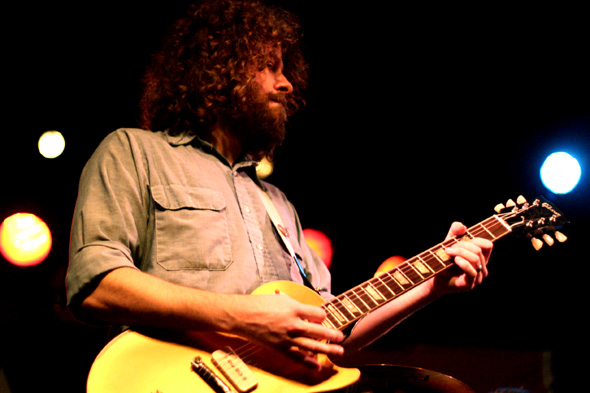 Lucero just released 1372 Overton Park, a horn-filled, Americana homage to their hometown of Memphis and their three years in-the-making major label debut. They walked on stage to Jace Everett's 'Bad Things' (the theme song from True Blood), which even singer Ben Nichols conceded was "cheesy as hell." Like LaVere, the members of Lucero show no shortage of Southern charm. 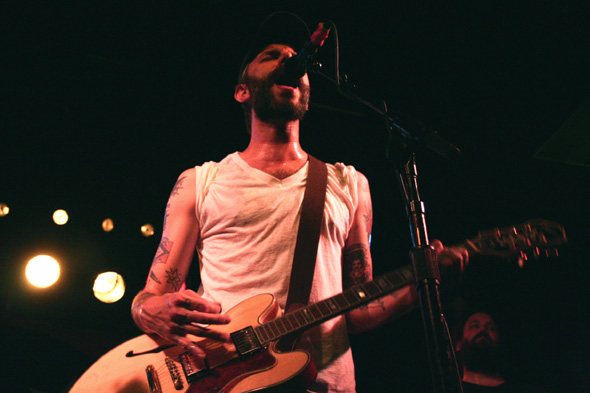 Nichols' ragged, raspy voice flows perfectly over top of gritty punk rock anthems and soulful country anti-ballads. His rustic vocal style draws obvious comparisons to Springsteen and Brian Fallon (Gaslight Anthem) and, like the rest of the band, he rocks a grizzly beard and armfuls of tattoos.

His songs are stories for the downtrodden, heartbroken and desperate, filled with empty bottles of whiskey and crumpled up cartons of cigarettes. That being said, they are way more than drunken pessimism - these are comfort songs for ailing souls, offering acceptance and the occasional cathartic sing-along. 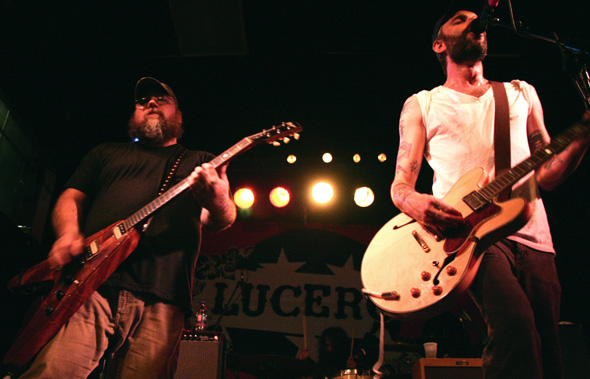 Lucero played for roughly two hours and the Toronto crowd wasn't afraid to cause a ruckus. Lee's might want to rethink the idea of plastic cups, because there must have been twenty bucks worth of empties in shards on the floor by the midpoint of Lucero's set. Apparently people were purchasing beers with the sole intention of twirling them around in the air. Last I checked, beer is for drinking, not throwing, but the band took it all in stride, with Nichols jokingly licking his arms between songs. 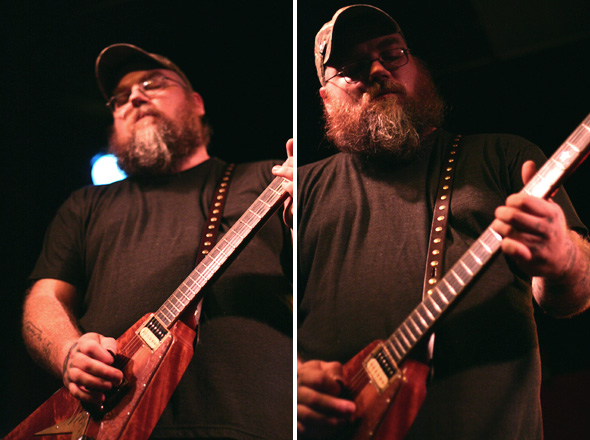 Lucero's appeal lies in their bare-all realism, casually dropping lines like "drinkin' women, chasin' whiskey like there's nothin' left to lose" on 'Sixes and Sevens.' The two-piece horn section buried in the dark rear corner of the stage added a warm touch to the newer songs, most notably 'Goodbye Again,' while keys took the forefront on fan favourite "I Can Get Us Out of Here."

The band proudly showcased their new material, including my personal favourites 'Can't Feel a Thing' and 'Hey Darlin', Do You Gamble?' Lucero shine brightly when they take the tempo down a bit for songs like 'The War' and 'Slow Dancing.' They even played a heartfelt cover of Jawbreaker's 'Kiss the Bottle.' 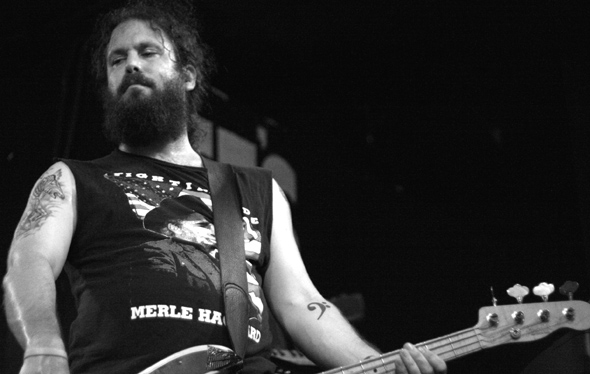 As Lucero left the stage, bassist John Stubblefield reminded all of us up here in "Canadia" that "no matter what they say on TV in these tumultuous times, you just remember one thing: Lucero loves you."

Universal Records obviously has big plans for Lucero, inking them to a four album deal. With an abundance of Memphis charm and an army of ardent supports (AKA the Nobody's Darlings), expect to hear a lot more of Lucero's countrified old-soul sound.