Woodhands
Toronto residents Woodhands recently announced that the release of Remorsecapade, their follow up to last year's ragingly infectious Heart Attack, will be on January 26th through Paper Bag Records. Tracklisting and album art are still to be announced, but the electro-pop duo will be touring through the US and Canada with Hamilton's Junior Boys until mid November, stopping in Toronto for what's sure to be an insane dance party at Lee's Palace on November 6th.

Little Girls
Less than a year in existence, Toronto's Little Girls have been making waves since the recent release of their debut LP Concepts, gracing the cover of Now Magazine's music issue, and offering up free downloads on numerous websites including Stereogum and gorillavsbear. Originally the solo project of Josh McIntyre but now touring as a four piece, Little Girls will hit Sneaky Dee's on October 29th as part of Fucked Up Fest 2009. 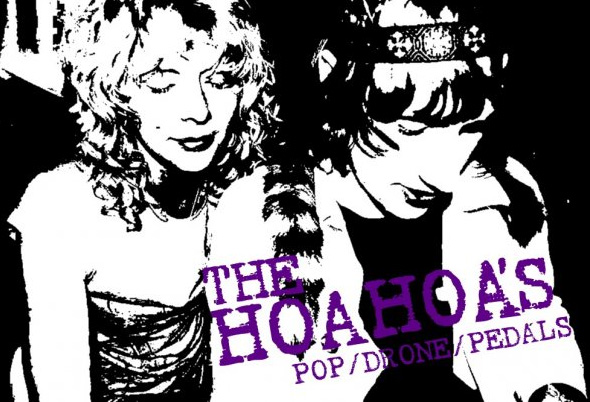 The Hoa Hoa's
Pop/Drone/Pedals, the latest effort from reverb-heavy psych-pop outfit The Hoa Hoa's (pronounced wah-wahs) will be released on December 1 through Toronto-based label Optical Sounds. To celebrate the occasion, the four piece will headline a show at The Silver Dollar on December 4th. Though the album won't be in stores for a while, you can grab an advanced copy at Optical Sounds' Attack of the Killer Bands Halloween party, taking place at 69 Vintage Outlet (1234 Bloor W.) on October 31st.

DD/MM/YYYY
Tomas Del Balso and Mike Claxton of DD/MM/YYYY were recently detained by police in Biloxi, Mississippi while touring in support of their brilliantly spastic 2009 LP Black Square. Thankfully, only misdemeanor charges were laid down, and the boys were allowed to continue their tour with These Arms are Snakes. Apparently the charges stemmed from a drunken 5am pillow fight and some forgotten luggage. Thankfully, they made friends in jail and were eventually released on $500US bail. Their full statement is definitely worth a read, otherwise you can ask them for details in person at their show with Dan Deacon on November 4th at The Great Hall.

Graham Wright
Graham Wright has offered up his new track Crooked Moon for free download through his website. While you're there, I suggest grabbing The Lakes of Alberta EP that he released for free back in November of 2008. His regular band, Tokyo Police Club, recently signed with mom+pop in the US and are expected to release their sophomore LP sometime in early 2010. 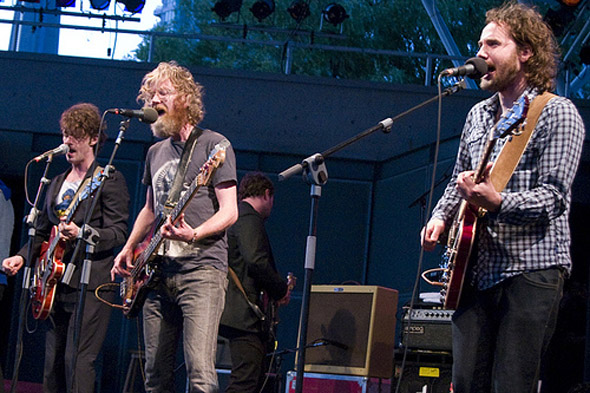 Extended Play, the column penned by freelance electronic music enthusiast Denise Benson for Eye Weekly, has seen its last day. In her final and understandably nostalgic edition of Extended Play, Benson reflects on Toronto's club history, as well as both local and international club culture trends. I strongly suspect this won't be the last set of recommendations we hear from one of the most ardent electronic music supporters in the city.

Everything All the Time
Everything All The Time are throwing a party at the Drake this Friday, October 23rd in celebration of the release of their latest EP. Combining elements of indie rock, dance and R&B into a cohesive synth-pop sound, EATT are rapidly making a name for themselves throughout the city and beyond.

On blogTO last week:
Joe interviewed Amy Millan.
Gary called and Shout Out Out Out Out responded.
Robin profiled Diamond Rings.
Ivy checked out Cuff the Duke at the Horseshoe.
Roger went to see Psychadelic Furs and Daniel Johnston.
I covered Portugal. The Man on Wednesday and Wilco on Thursday.
Check out the blogTO preview of the X Avant New Music Festival.

Photos by mukerji and ryanophoto, members of the blogTO Flickr pool.