Fever Ray brought a loud, smoky and somber show to the Kool Haus on Friday night.

This was the first time that Swedish singer Karin Dreijer Andersson (of The Knife fame) has performed in Toronto and I'm not sure I knew what type of a show to expect. Certainly not a show so dark, brooding and theatrical.

By 9:30 p.m. the Kool Haus was still less than half full. The good-looking, mostly 20-something crowd was starting to grow, but the venue was far from sold out. We could've been treated to a more intimate show at the Mod Club, given the numbers of tickets sold.

Shortly after 10 p.m., a dark figure appeared on stage to light up about 60 sticks of incense. If that wasn't enough, a never-ending smoke machine flooded the stage, making way for the awesome laser show that was to follow. 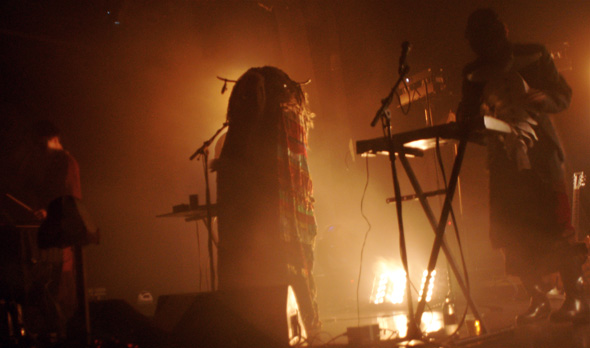 Andersson soon appeared on stage, hiding under a huge headdress and multi-coloured cape, resembling the biggest, hairiest monster from The Muppet Show. She was supported by four band members also dressed in macabre outfits, but they were hardly visible amidst all the smoke. 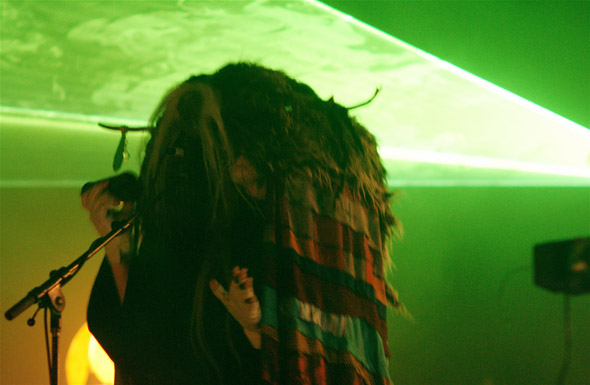 Seven antique lamps on stage strobed to the beat of the kick drum, giving a very Dead Can Dance kind of feel. When the familiar When I Grow Up began, we finally caught a glimpse of the singer's face amidst the blue lights and smoke.

A fancy laser show added to the visual stimuli, making this more of a stage show than a music concert. Although the music was a wonderful wall of sound, Andersson's voice oscillating between little-girl-like and mischievous vampiress.

The singer didn't engage with the audience once throughout the night. There was no "Toronto, how do you feel?" or equivalent. That might have broken the spell that Andersson cast upon us.

Aside from the smoke and lasers, there was a heavy sonic assault that came with the beautiful cacophony. Even with my earplugs in, I found the volume level uncomfortably high. After about half an hour, the young woman behind me holding her ears began crying in pain, comforted by her Mogwai t-shirt-wearing boyfriend. This isn't the first time shows at the Kool Haus were way louder than necessary.

In spite of the cheering crowd, when the band left the stage there was no encore. It was as if they came to do their shtick and then left, leaving us spellbound. 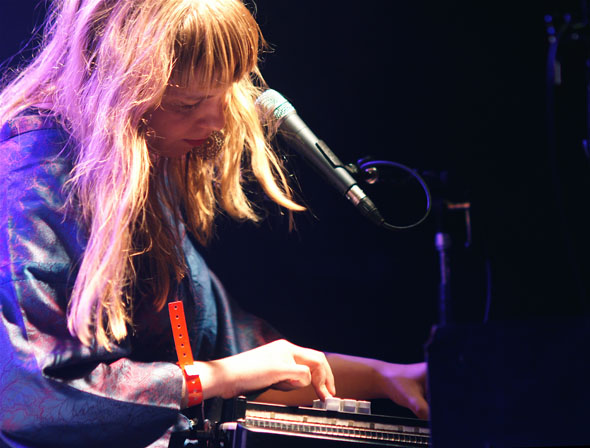 Vuk opened up the night with a quirky set, accompanied by her harmonium. She prefaces some of her songs with brief descriptions: "This is a song about burning your house down" and "This is a song about the collective unconscious of Jewish immigrants," which got a few cheers from the sparse crowd. 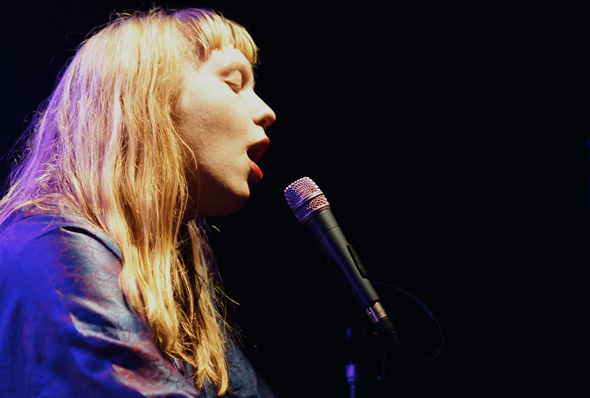