Built To Spill return from Idaho to remind all us now grown up indie kids that they're still our favourite from the sometimes misguided and modestly overlooked era of alt music in the 90's. They've just released a new album and booked two nights at Lee's Palace.

As amazing as the newer stuff is, Built To Spill are a definitive 1990's indie rock band (as much as any band can be "indie" in this day and age). When the Mac commercial guy starts being referred to as 'indie', I question the usefulness and accuracy of the whole description.

But Doug Martsch and company have such a finely honed sound that even now they surpass most of their contemporaries. They've been incredibly apt at describing the isolation and beautiful insanity that a lot kids feel in general, and that a lot of their fans thus grew up with.

After biking furiously in the rain from a meeting across town I got to Lee's Palace just as Built to Spill were going on. I was filled with pizza and beer and just starting to get a massive cold -- always the best way to see a band as epic as Built to Spill.

I haven't seen Lee's so packed since 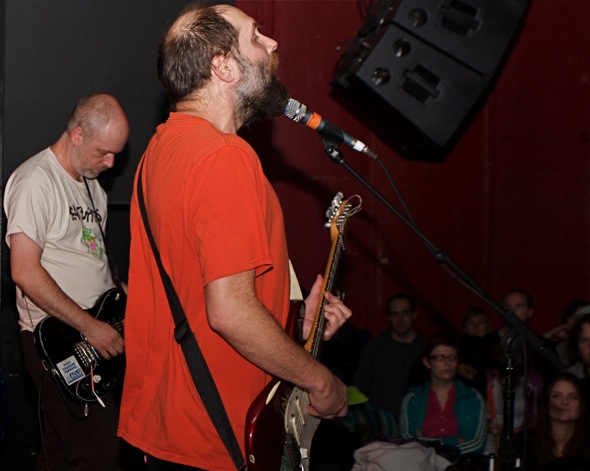 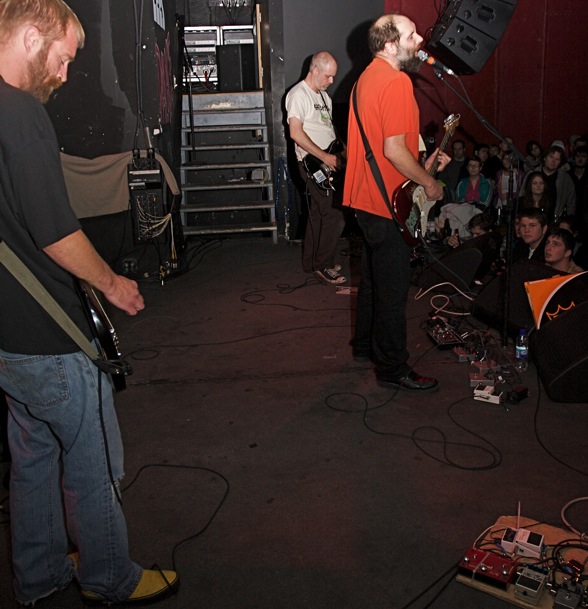 , and with the most polite crowd since the Niagara Region emo shows of my youth. Judging by people's conversations, everyone was super pumped for this show. 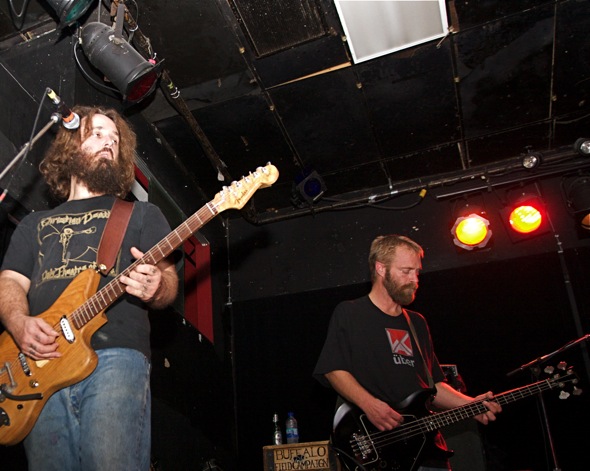 And then I remembered that I was too. Built to Spill's records have been my soundtrack to more than a couple break-ups and solitary day long hikes in Northern Ontario. Songs like "Car", "Else" and "Goin' Against Your Mind" instill such nostalgia and calm within me that I almost don't think I was prepared for the show last night.Like their records, the show was solo heavy, had lots of guitar pedal magic, and was all around loud and awesome -- awe inspiring, from a fan's point of view. They've been known since the early 90's for their Dinosaur Jr-esque guitar hooks, for being extremely loud, and if nothing else, for writing some of the most emotionally layered songs of the era.

Apart from Doug Martsch looking blandly unimpressed at the drunken "bros" who kept screeching for the same songs over and over, it looked like they were enjoying the show as much as everyone else was, which in the end is nice. A few people I talked to after the show brought up that this was the first time seeing BTS, and that it more than exceeded their expectations.

For me, I didn't find the show as mind blowing as when I first heard them, but it did seem like something from my youth had come full circle. The now defunct CBC radio program 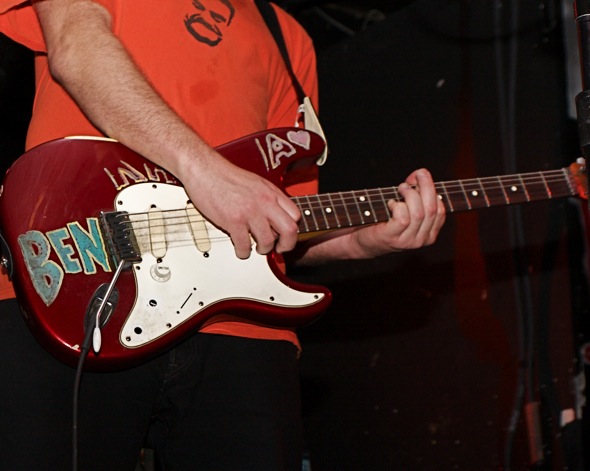 Brave New Waves brought so much amazing indie and alternative music to a whole range of kids looking for something other than the mainstream. That show and also the entire roster of Brock Radio (from Brock University) kept me up late at night listening to my crappy walkman.I really do have to shout out to their tour manager (I totally forget his name though), for letting me get side stage to take a couple photos. Politeness goes far, all the time.

They didn't have any merch for sale, which was odd, but considering every die hard fan there probably had every record, 7", and (I would hope) even the split they did with Caustic Resin, there probably wasn't all that much a need for it. 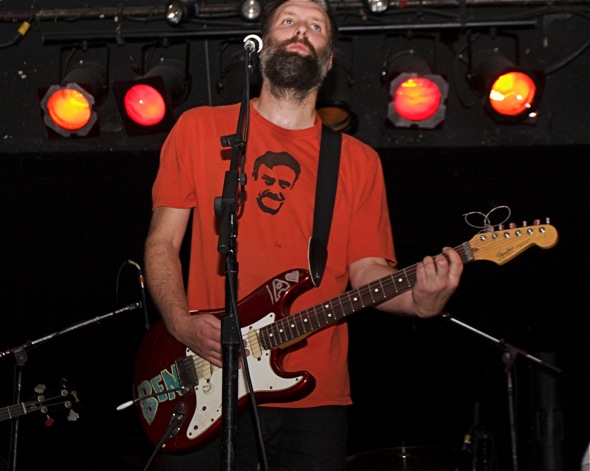 Oh yeah, Doug Martsch owes Toronto a stage dive. He promised one after asking the crowd to guess who the face on his shirt was (Kurt Vonnegut, FYI) and someone made a snarky comment thereby prompting Doug to promise the stage dive. We never got it though. Give it up Doug! We'd all love to see you soloing into the night riding high off the collective respect of every single one of your fans.

Built to Spill play again, same time/ same place. Be at Lee's Palace tonight and get the band to stage dive. I'm going to be overdosing on orange juice, cold meds, and "Perfect From Now On".