The Polaris Prize Gets Fucked Up

Fucked Up surprised everyone by winning the 2009 Polaris Music Prize last night for The Chemistry Of Common Life album.

Emerging from perhaps the most talented collection of 10 short-list nominees yet, the hardcore band becomes the second group from the Toronto area to win the Polaris Prize, following in the footsteps of inaugural victor Final Fantasy, who just so happened to join the band on stage in the night's most memorable performance. 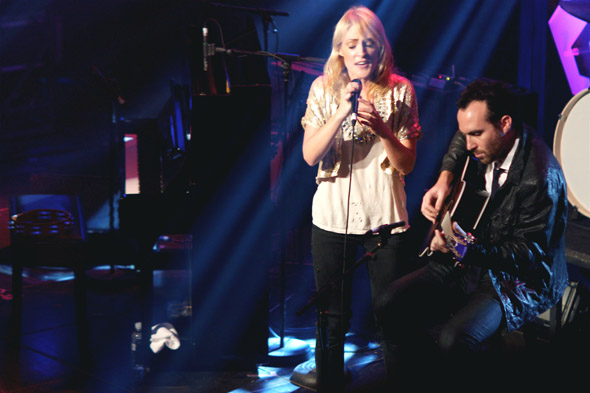 The evening started innocuously enough with a tame but commanding acoustic two-song set by Metric in front of a packed room of music industry insiders, media, fellow nominees and their friends. 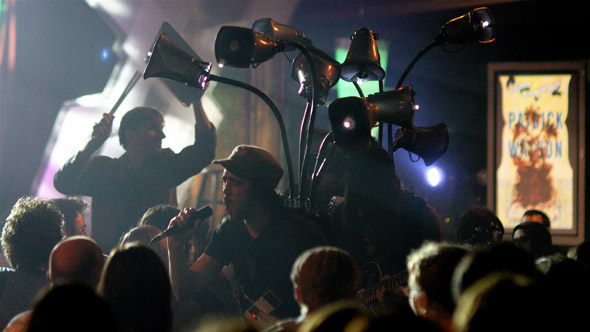 Patrick Watson engaged the audience in his performance, wading through the crowd wearing a backpack contraption of lights, his band enthusiastically following in tow.

I liked K'naan's chances of winning the Polaris Prize this year. He was the favourite of many, including CBC's Jian Ghomeshi, who introduced him on stage. 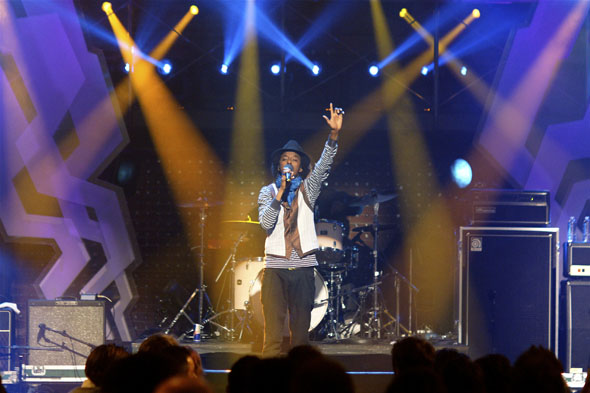 But as the night grew longer the booze started to have its effect. While $6 Steam Whistles kept the frugal media somewhat at bay on the mezzanine, those on the main floor were plied with endless beer, vodka and Red Bulls, providing the impetus for a mini food fight with Patrick Watson, Malajube and Chad VanGaalen as the central participants. 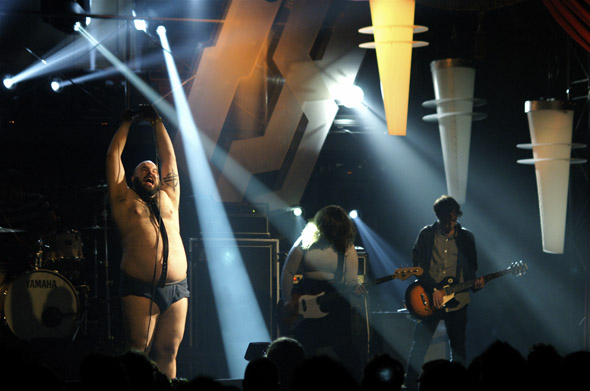 So when the clock struck midnight and it was time for the final act to take the stage, everyone was in the right mood to be blasted by the expected shrieks and mini-strip tease by Fucked Up lead singer Damian Abraham (previously seen trashing MTV's bathroom). 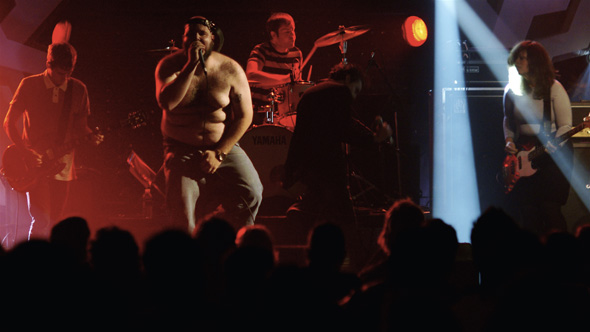 Based on the crowd's reaction, I can only guess they were surprised how much fun it was; a reaction eclipsed only by the shock when Caribou's Daniel Snaith announced the winner. 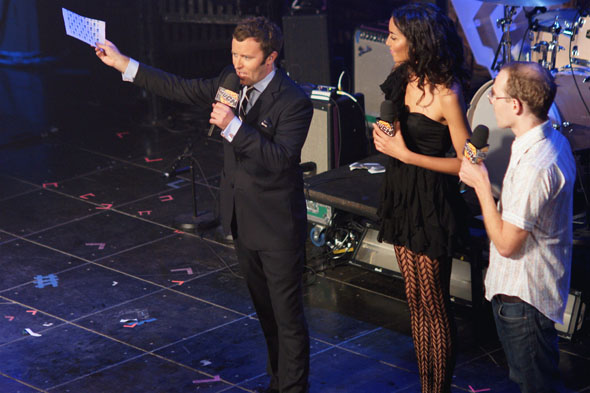 Prior to the show it was anyone's guess who among the top 10 on the 2009 Polaris Music Prize Short List would be crowned the king (or queen) of Canadian music this year. 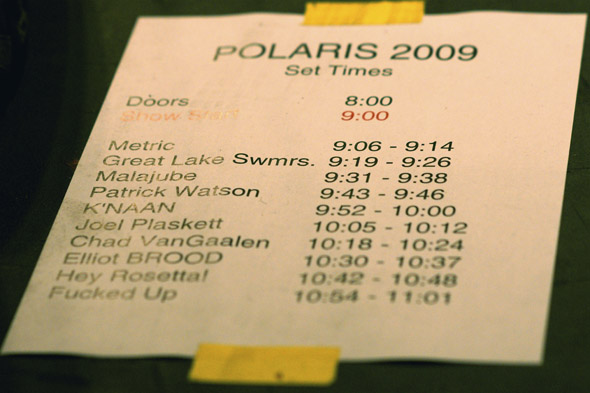 Upstairs at the Masonic Temple, blogTO cornered a number of the nominees and asked them who they thought would win. Check out the uncut video interviews below.

And here are some photos taken in the press room prior to the gala: