The Fast Romantics put on a raucous show at The Rivoli Thursday night.

It wasn't the band as much as the exuberant groupies huddled at the front of the small stage that made the night so weirdly memorable. This band from Calgary, and their tourmates Secret Broadcast, also from Calgary, got the place hopping in no time with their hooky tunes that remind me somewhat of the music of Franz Ferdinand.

It wasn't your typical stand-and-stare Toronto audience. They came to move and groove to the music. By the end of the night, I was left wondering where all these groupies came from. They sure were into the music, dancing up a storm. One young woman danced around in black tights, often donning a strange, white mask with black lettering on it. She kind of spooked me out a bit with her frenetic movements. 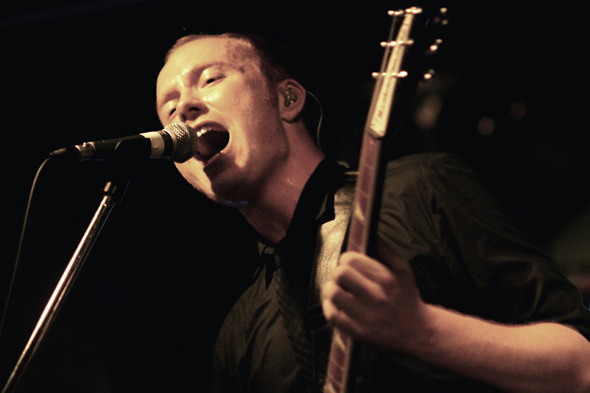 Singer Matthew Angus made lots of eye contact with the crowd as he deftly shifted gears from guitar to keyboards throughout the band's tight set. 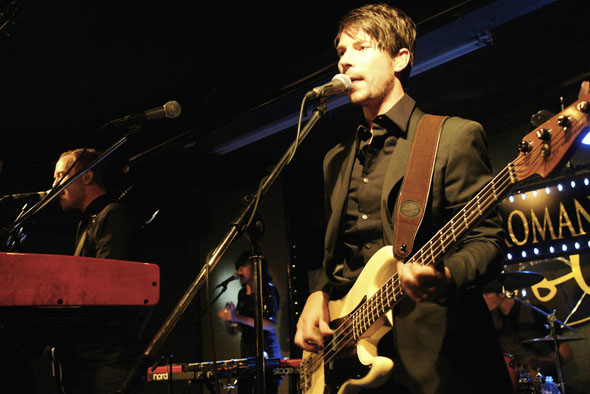 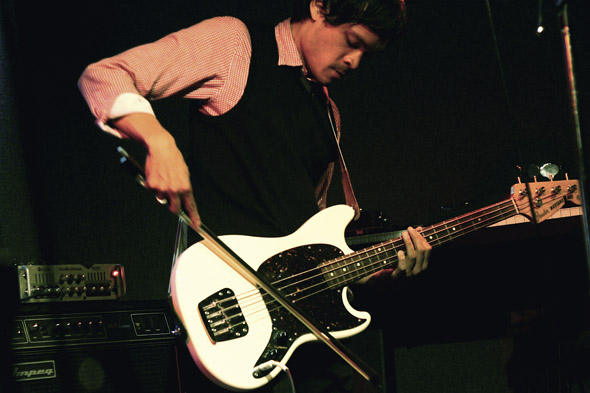 The evening started for me watching the trio of Secret Broadcast fill the room with their straight-up rock. It was neat to see and hear bassist John de Jesus apply a bow on his Fender early on in the set. 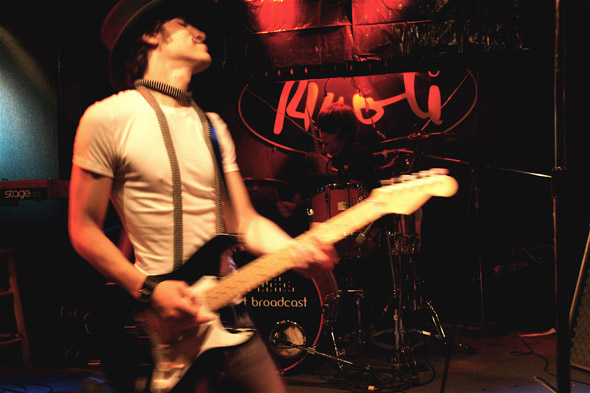 Meanwhile, lead singer Matt Lightstone made good use of the small stage, busting out the moves, getting the crowd moving to the beat, enthusiastically led by drummer Bryan Craig.

There was a moment in The Fast Romantics' set where they cranked out the Elvis Costello cover, Pump It Up, which was really well received by the mostly college-age crowd, even though I bet most of them hadn't heard of that Elvis a whole lot, if at all. And who could blame them? The song was probably written before they were born. Not that this mattered much; everyone seemed to be having a blast.

The Romantics' final tune was another great cover: Iggy Pop's The Passenger, perhaps a more familiar tune to many in attendance. By the end of the night it appeared like the crowd drove this show's momentum indeed.

The band is on a tear right now. With their catchy single How Do You? gaining radio airplay, they had to reschedule a few dates of their tour across Southern Ontario. They were chosen as one of four finalists for New York Fashion Week at fashion designer John Varvatos' 315 Bowery boutique (former home to CBGB's).

Other finalists were Los Howlers (from Santiago, Chile), Reckless Sons (New York City) and Scrambled Eggs (Beirut). A panel of rock star judges, including Perry Farrell, will decide the winner, who will get a deal with Island Records, become the face of the first John Varvatos Star USA ad campaign and get continued promotion online with SPIN Earth.

Catch The Fast Romantics quickly at smaller venues like The Rivoli. This three-year-old band is poised to break out bigtime.