Jay Reatard is awesome. He's a Southern-bred punk king replete with his own label, Shattered Records, which is host to some of the best up-and-coming and already amazing bands. Last night, the tour to support the label came to the Reverb to show Toronto what the Southern States are all about.

The show had five of my current favorite bands all piled into one night; Useless Eaters (Memphis) with Jay on bass (killer!), Box Elders (Nebraska), Hunx & His Punx (San Francisco), Nobunny (Oakland), and Jay Reatard (Memphis). 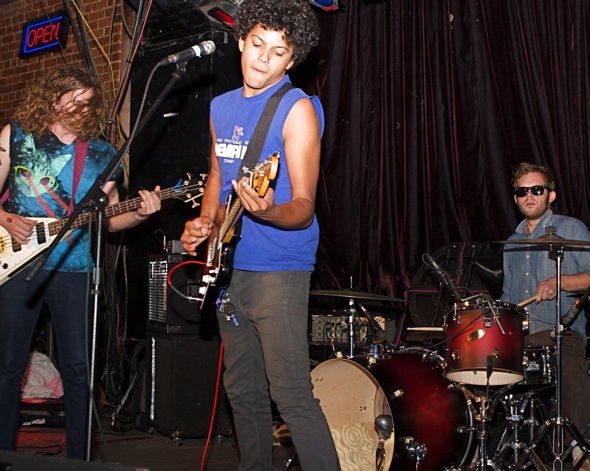 I hadn't heard very much about the Useless Eaters before a couple days ago when I started researching the show. But after listening to the tracks on their myspace page, I was pretty much sold on them. I would highly recommend checking them out. And 19-year old singer Seth is adorable, what with his barely legal antics. The poor kid can't get into most of his shows back home. 'Death View' and 'White Girls' were the best songs. Straight up punk rock and super bass heavy. Shame on everyone for not showing up until Hunx & His Punx came! Don't miss this band next time. 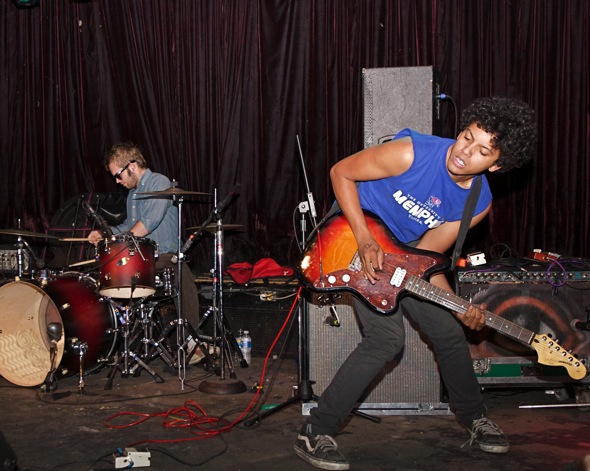 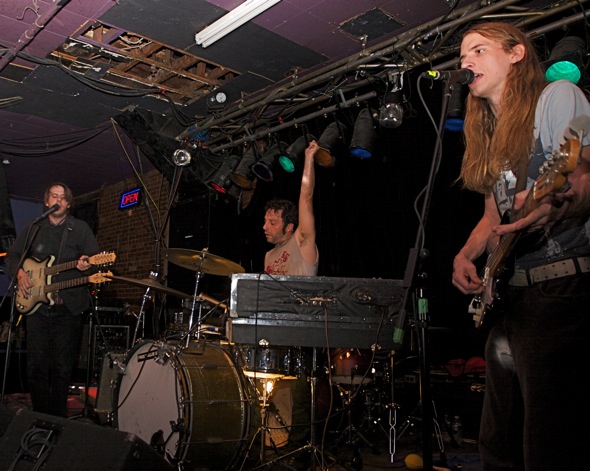 I saw the Box Elders a couple weeks ago at Sneaky Dee's and though I did have fun at that show, this one was way better. There was all of 10 people at that show, not nearly enough to appreciate their collective eccentricity. It's like the happiest sad pop you'll hear in a long time, that'll make you dance just about as hard as King Khan & the BBQ show does. Oh, and their drummer drums standing up, people! AND he plays the organ while doing it. Cross my heart and hope to die, this band is the tops. 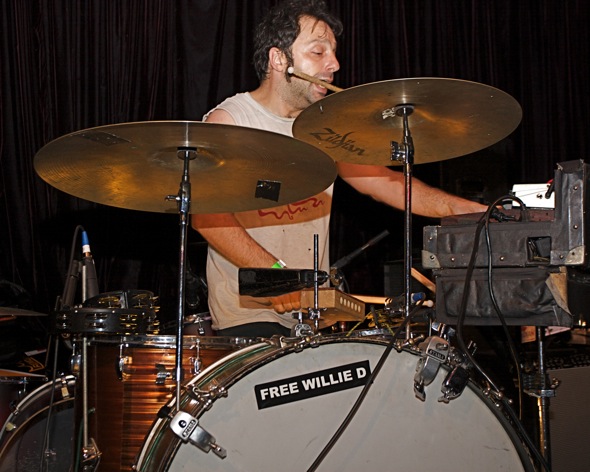 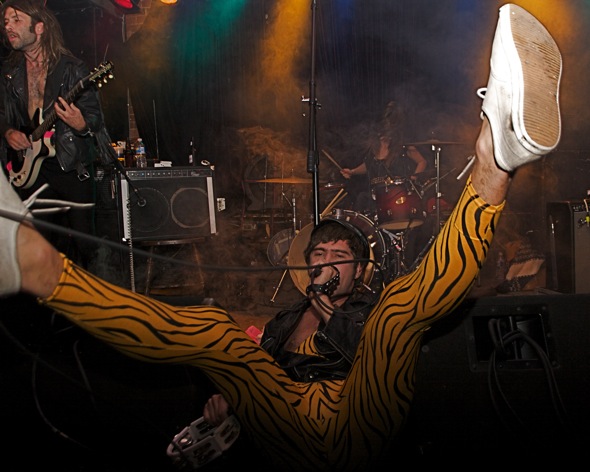 As soon as I saw Hunx (followed by his Punx) I spent a minute trying hard to figure out who exactly he reminded me of. So far as I can tell it's about equal parts of John Waters, Bruce LaBruce, and Tarzan. The San Francisco bay Area is coming up really fast with a plethora of amazing bands (see also Thee Oh Sees, Ty Segall, Fresh & Onlys, Charlie & the Moonhearts), and Hunx & His Punx are no exception. They reminded me of the New York Dolls, if not for the look for the 70's rock n' roll sound. 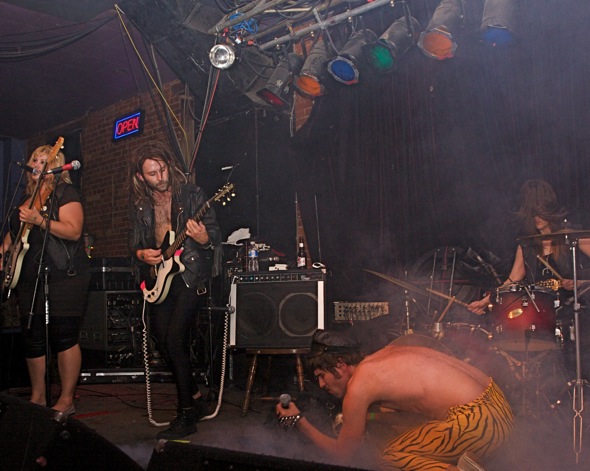 Nobunny are definitely a band you have to see live to be able to understand their appeal. Dude struts around in his undies with a bunny mask on and affects a charming slightly lisped 'bunny' voice. It's pretty much fantastic. They've played here four times this year, and I kind of wish California was closer so they could play a hell of a lot more. Bands like Nobunny are a big part of the reason why I love going to shows. They're loud, fun, tongue-in-cheek, and they make everyone freak out. Local promoter, and celebrity in his own right, Dan Burke even showed his love. 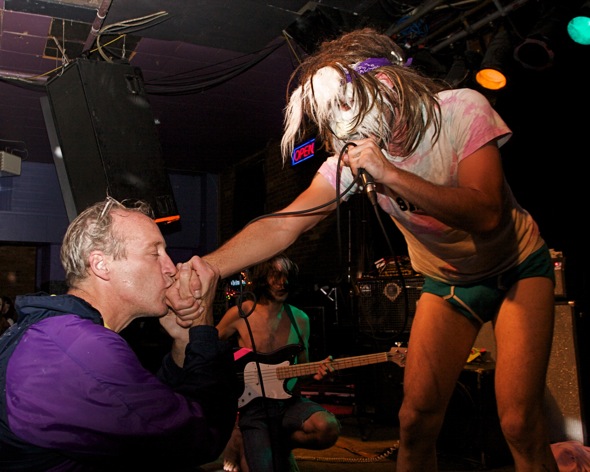 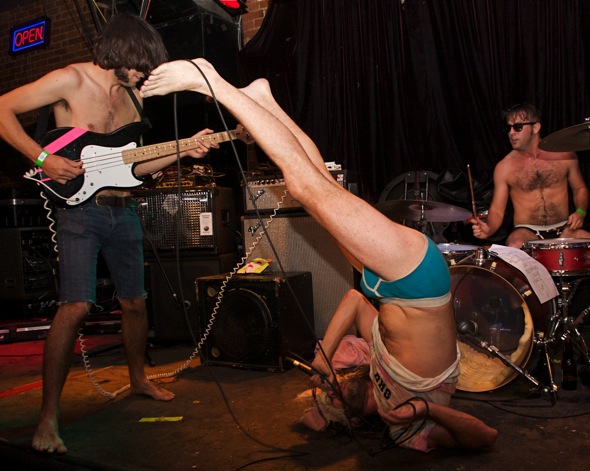 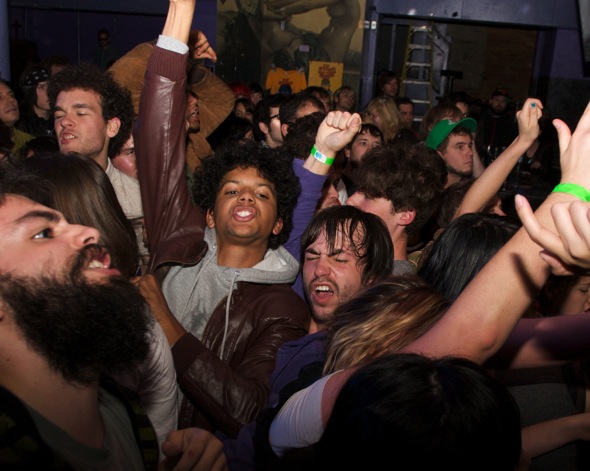 While outside in between sets for a smoke the drunkest guy I have ever encountered in this city (and thats saying something) came out from the show and asked me, "...are you in Jay Reatards band?" OK, so obviously that quote is neither here nor there, but I really wanted to work it into this review. If ever someone didn't know where they were and for what, it was that guy. I really hope I don't look like a big southern man with a fro. 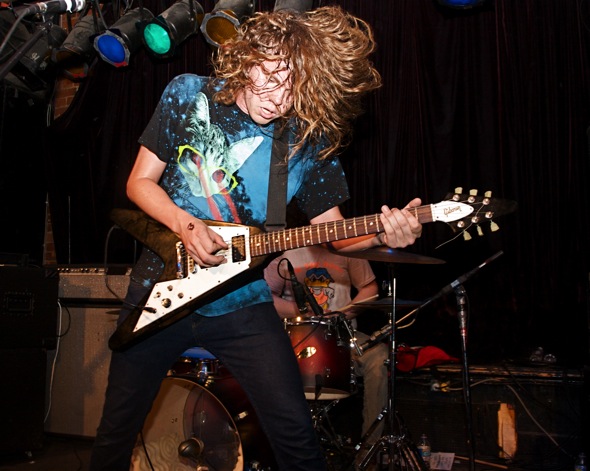 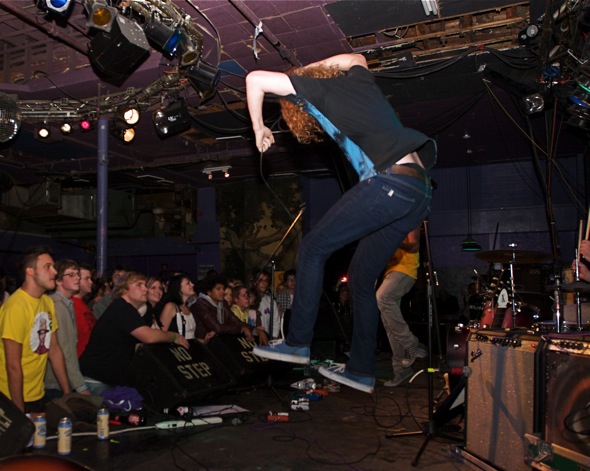 There was a delicate line of super-charged girls at the front of the stage, and by the second song in they were completely obliterated by a freight train of guys. The Reatards, from the very beginning were beyond great. Playing a few songs off of the latest album, 'Watch Me Fall' and well known classics like 'My Shadow' and "Blood Visions" solidified the night as one of the best Jay Reatard shows in Toronto in recent memory. He's kind of terrifying onstage, constantly spitting and effecting that scream-growl. It's just intense the whole way through; the band has some of the best pummeling drum lines that can drive you (or me, or the entire damn crowd) wild.

The Shattered Records tour is going onto Montreal tonight, continuing through North America until late October when they head overseas to deafen Europe. Hell, his label is huge.

If you'd like to see more photos from this show, check out my photo blog at ivyleah.blogspot.com