The Last Waltz of the Oxford Hotel

There's a little house in Kensington Market that has hosted concerts and art shows in its backyard and kitchen for the last two years. It's called 'The Oxford Hotel' at 117 Oxford Street, and it's closing forever.

I starting spending time with one of the roommate's of the 'Oxford Hotel' last summer (it's just a name by the way; you can't stay there.) You almost have to know somebody involved to find out about a small, grassroots music venue like this one. Not to say the house hasn't seen its fair share of music fans and popular artists come through.

Timber Timbre comes to mind, who I saw play a wonderful set there in June 2008. Kimya Dawson, of the Moldy Peaches, checked in to play a show during the 2007 Toronto Film Festival, when she was in Toronto for the Juno premiere (the soundtrack is filled with her songs). 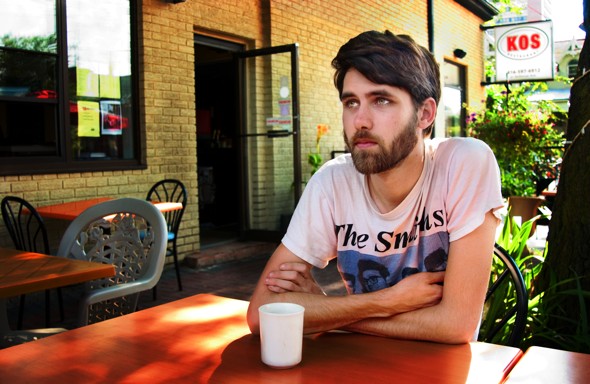 "We had trouble finding a house that could hold music shows; we found 117 Oxford a week before we were scheduled to move in" says Jordaan Mason, a musician and a roommate at the Oxford.

"Then Kimya posted on her MySpace page she needed a show when she was in town for TIFF. We hosted her a week after we moved in. It would have been a lot more difficult to book her after Juno came to theatres; she's become very popular."

There are five roommates who live in the house, mostly artists like Jordaan, who all give up their space and time to host and organize these shows. It's a small bohemian getaway hidden just off the main stretch of Kensington Market.

"I didn't know it existed until Jordaan Mason played at 'The Boat' and told me they sometimes host shows at his house," says Keith Hamilton, frontman of 'Hamilton Trading Co' and music booker for 'The Boat' in Kensington Market.

"I set up a gig for myself there last summer; I turned up and the stage was just the kitchen floor of the house, with speakers set up next to the microwave. We had fourteen of us in the 'Hamilton Trading Co' choir; there was barely enough room for the band let alone an audience. But that's what was magic about the whole thing, the intimacy. People listen to pins dropping and hold their breath at the Oxford Hotel. That's what you want people doing to your music."

The Oxford is hosting a blowout four final days of concerts and events this week. On Thursday they have a roster of folk acts lined up starting at 7:00pm. On Friday there is a rock show featuring Fashion Tips, an awesome party rock band. Saturday is another full night of music starting at 2pm and Sunday promises "the largest game of 'the village' ever." (A fun murder mystery-esque camp game.)

I asked Jordaan why there aren't more grassroots music venues in an arts focused city like ours.

"It makes a lot of sense to have house shows in small towns, because there's usually just one venue on Main Street and it's reserved for rock or hardcore bands. There are other house venues in Toronto, they just aren't very well publicized because they aren't about building hype or money.

For the performer it's really nice to play at a house because you know that people are there to listen to you; usually people don't talk while you play and if they do they'll usually stand outside. It's exciting for the audience because performers tend to do things at a house show they wouldn't do in a proper venue; they take requests, talk a lot more or perform obscure covers they wouldn't normally sing." 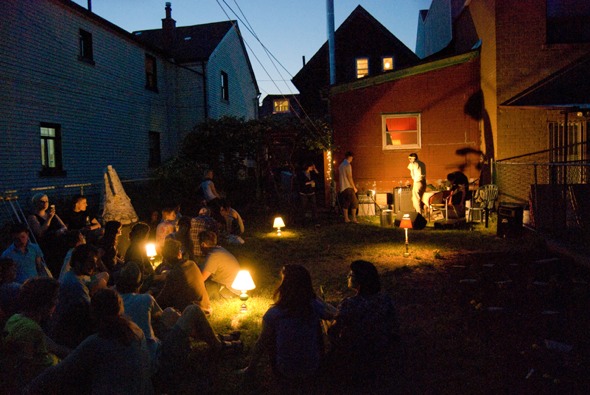 Photos of the Oxford by Tara Fillion. Photo of Jordaan by Robin Sharp.