Rock the Bells rolled into the Molson Amphitheater on Sunday, returning the urban music festival to an appropriately urban space. Having been relegated to Arrow Hall for the past two years, this hip hop heavyweight concert has been way off my radar - but I was thrilled to see it return with a massive line up this year.

Between meeting Tech N9ne, Krizz Kalico and K'naan, standing stage-side for Rza of the Wu-Tang, and seeing a spontaneous Blackstar reunion, this year's Rock the Bells turned out to be a seriously sweet ticket! 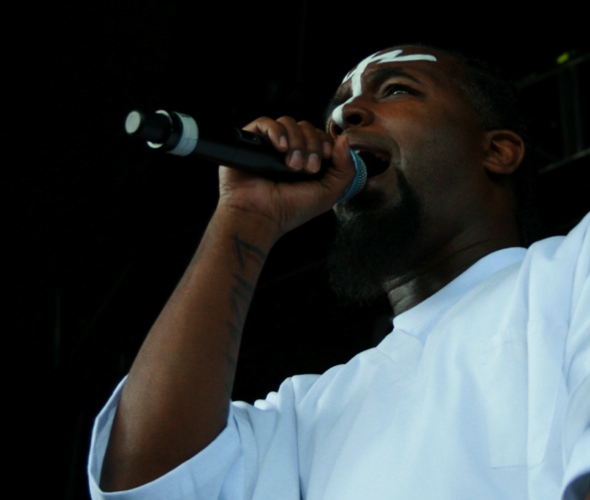 Armed with a camera, I also found some performers eager to hang out and chat... like Tech N9ne, self-proclaimed 'insane rapper' breaking out with Krizz Kaliko on this year's Rock the Bells tour. Aside from hollering at girls and telling me their appreciation of Canadian women, these two shared stories of how producer Quincy Jones set them on the right path in music.

"This man has a wall in his basement, with 50 Platinum records, just everywhere... and all he said was, 'Rap about what you know.' So I told him all I know is what I am... and he said that's how people go on to achieve greatness." 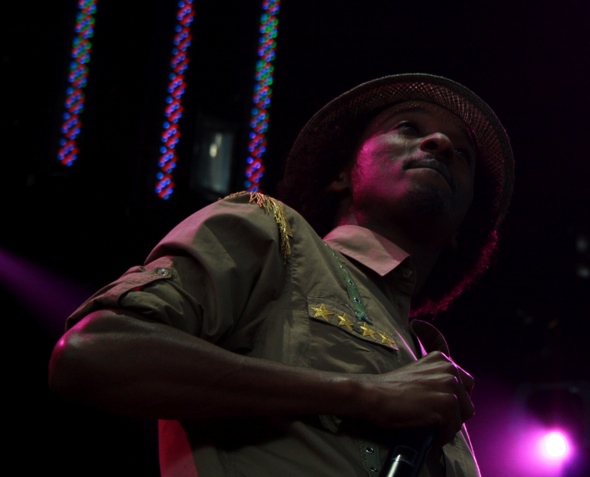 In a completely different flavour from the high intensity, hard hitting Tech N9ne lyrics, I next bumped into K'naan coming off a smooth hip hop afro folk set. Humble and absolutely polite, he graciously thanked me for my praise of his performance - really an amazing demeanor for someone gaining major ground on the scene.

Though it's hard to see the entire Wu-tang clan make it over the border, we were lucky to see GZA at this year's NXNE and Rock the Bells brought RZA, who was in top form (though it's a little disappointing seeing him alone). We were also teased about next year's show... which may or may not include Ghostface Killah!

Another big draw this year was the chance to see Reflections Eternal (aka Talib Kweli and DJ Hi-Tek) whose blend of smooth beats and slick rhymes seemed to bring the crowd out as the set went on. I'm not sure the Amphitheater was an ideal venue however, since a lot of the sound failed to carry clearly up to the lawns. As much as I tried to take it all in, I ended up back up front and speaker-side, so I could really enjoy Talib.

Now I'm not gonna say too much about Mos Def - except that there's been much ado about the quality of his performance recently. I'm a big fan of his talent, but I'm not sure it shone through in every song at the show - that is until Talib Kwali joined him onstage for a mini Blackstar reunion. There's something about the way these two work together that makes the music reach out and grab people; but I grabbed some quick video to prove that Mos Def can still rock the crowd (please see below).

Finally came Nas and Damien Marley, one of the newer collaborations on the scene. It was also interesting that Marley appeared to play more of a backup role, though they balance out nicely on what I've heard from their first album, Distant Relatives.

Overall, Rock the Bells was again an amazing ticket. Half of these performers performing solo are worth the ticket, and some might not be back for years, or perhaps ever at all! Now that the organizers have moved the show back to a more urban-centric locale, hopefully the event will continue to pull in heavyweights. Rumors for Rock the Bells 2010? Besides Ghostface... Jay-Z, Dead Prez, and (much to the displeasure of Sunday's crowd) Eminem. I guess we'll see who makes it over the border.