Dave Longstreth, frontman of the Dirty Projectors seems shaken. The venue in front of him is filled to the brink, and the multi-coloured lights are surely blinding as he walks out onto stage of Lee's Palace and crawls behind the safety of a guitar.

He doesn't aim to shock us with a blistering crash of cymbals upon opening the show. Instead, he begins with a vocal duet with Angel Deradoorian while somewhat sloppily picking away at his chord changes. Smiles begin to permeate through the crowd and it becomes evident that they're on his side. 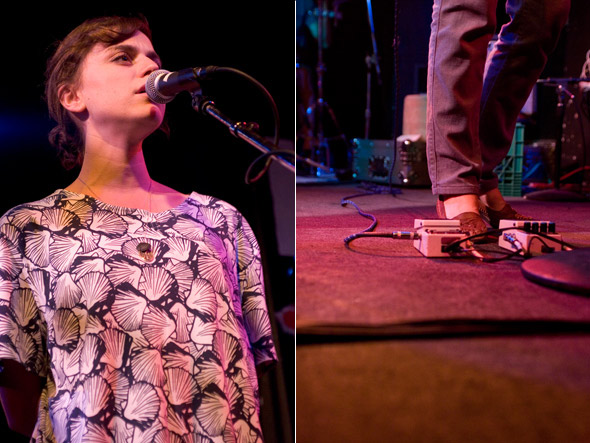 The Dirty Projectors are here in Toronto promoting their latest release Bitte Orca on Domino Records and soon enough the remaining members swarm out like ants upon the stage. It's evident they aren't ghosts or some sort of saintly vision raised up before us, but we were certainly blessed to have had them there upon this evening. A month ago, while driving their van en route to Toronto, they were involved in a serious accident that sent the van flying onto its side and sliding down the road (resulting in cancelled tour dates in Toronto and Montreal). Somehow (and quite luckily) no one involved in the accident was seriously injured. 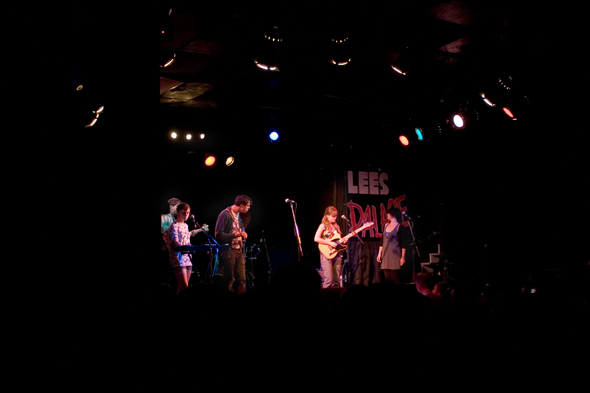 Here's where the crash of cymbals that I was waiting for comes in. They were drawing me nearer with opening subtlety... only to let me into their full experience with the remaining songs, allowing the set to unravel like a scroll.

I admittedly was not an avid Dirty Projectors listener before seeing them and didn't have much of a clue what to expect. Their style certainly seems to transcend numerous genres and the always broad label of "indie" never seems to help explain the actual sound of an artist. Needles to say, the sometimes seemingly unstructured song patterns and often melodic repeating riffs were easily able to hold my attention. If you go to a Dirty Projectors show for nothing else, then at least go for their astoundingly well-written and -rehearsed vocals, mixing sweet harmonies and unpredicted dissonance. 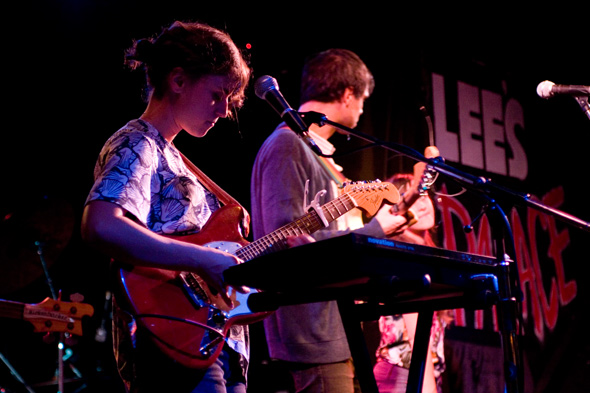 By the end of the set, Longstreth and the other members of the Dirty Projectors seem to be swimming in the energy of the crowd, and even their playing sounds better; their performance more full of life, sweat dripping off foreheads. They leave the stage with us begging for more, and they fulfill our request only to leave again, the crowd still not silenced. An apologetic Amber Coffman walks out alone holding a glass of whiskey and explains they've played all the songs they have, with an endearing and thankful smile.

We're sent out into the warm rainy night, guitar plucks and vocal intricacies still resounding in each falling drop.