Depeche Mode Bring Their Music to the Masses

Depeche Mode fans in Toronto got a treat Friday night at the Molson Amphitheatre.

The British electro-rock group proved that they've still got what it takes to command a large audience, keeping 16,000 Depeche Mode fans on their feet for most of the two-hours-plus show.

Lead singer Dave Gahan showed no slowing down during this stop of his band's Tour of the Universe, in spite of some recent medical troubles (malignant tumour removed from his bladder; corn calf muscle). He pranced about the stage like someone half his age, hoisting his mic stand high above his head and spinning about, or wiggling his bum at his adoring fans. 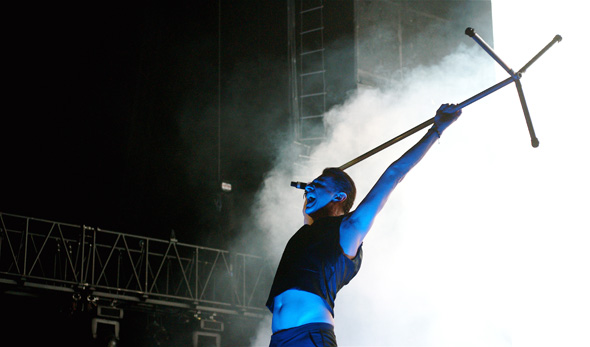 Guitarist/keyboardist Martin Gore added flare to the show with his flashy silver sequined outfit that complemented the giant disco ball that hovered above the stage. 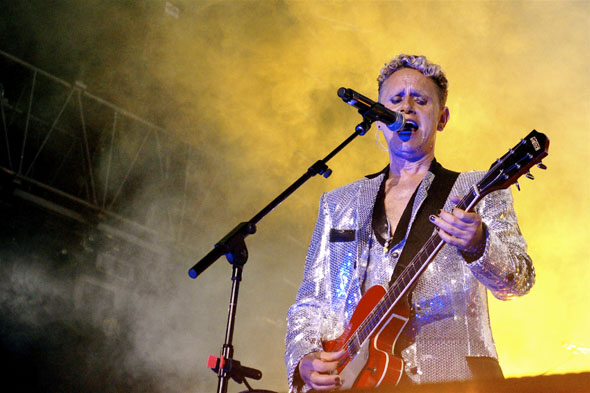 The disco ball was put to good use, allowing for the projections displayed on the large screen backdrop to create a fish-eye lens effect at times. 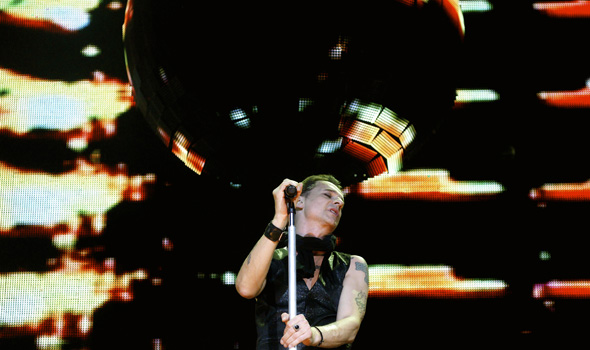 It took a while before the band got their groove. It wasn't until the fourth song in, Walking In My Shoes that the crowd took notice. The older material obviously still resonates best with their aging fan base. Fly On the Windscreen got some cheers, but I Feel You did even more with Gahan egging on the crowd to sing along.

I Feel You, with its heavy kick drum and bass, rejuvenated the crowd about half way through the show that was slowed down by some of the lesser-known newer songs like Fragile Tension and Come Back, played back-to-back. 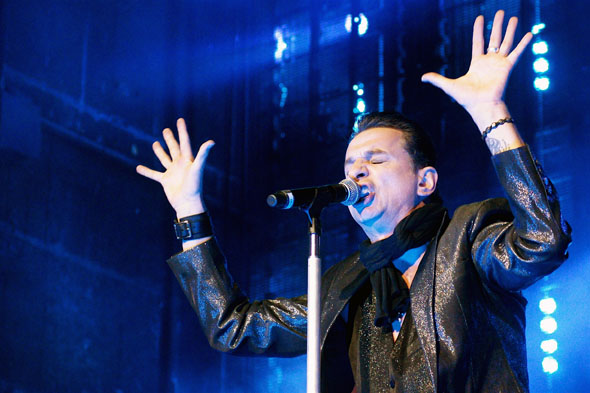 Policy Of Truth was next, kicking the energy up another notch. Followed by Enjoy the Silence, with images of the band in space suits with white space helmets shown on the large screens behind them, adding some visual stimuli. Especially for the hordes at the back on the lawns.

Never Let Me Down Again, possibly my favourite song of Depeche Mode, followed. Gahan managed to get everyone to participate by waving their hands back and forth above their head, forming a sea of arms moving in time to the beat, making quite the surreal effect.

But it didn't stop there. The first of two encores had thematically linked trio of songs: Stripped, Master And Servant and Strangelove. It was as if we had a peak into the bedroom of Gahan.

By the end of the third song we got to witness a kinky scene on the big screen backdrop: A hot, young Asian woman seduced a reclined young redhead who was slowly disrobing, culminating in some toe-sucking and breast-baring. Not too over-the-top; just enough to titillate, as Gahan continued to shake his stuff on stage.

After what seemed like a five-minute tease, the band was back to indulge the crowd with the night's penultimate song, Personal Jesus, featuring images of silhouetted dancing figures against solid colours on the big screen, reminding me of an iPod ad.

I was convinced we'd end on a high note, so I started heading for the exits to beat the crowds -- and the inevitable rain that actually held off for the entire show. To my surprise, Gahan and Gore were still on stage for a stripped-down duet, Waiting For The Night, capping off the evening with the perfect denouement.

More photos from the show in this mini slideshow: