Canadian Voices Festival Ends up Being Wet but Wonderful

Harbourfront's (outdoor) Canadian Voices festival had some unlucky weather, but even though it was a wet and stormy weekend in Toronto, it didn't curb the enthusiasm of the artists and fans who braved the weather to attend the shows.

In all honesty, Saturday had me dreading the thought of leaving the warm comforts of my couch for the torrential downpour that was attempting to drown anyone unlucky enough to be stuck outside. So I dragged my feet as I packed my gear and prepped my poncho when, lo and behold, around five o'clock the sun peeked out from behind the clouds.

Understandably, and probably due to the weather, the Harbourfront wasn't teeming with the same amount of activity it has seen over the past few weekends. However, most of the seats had been filled when it came time for 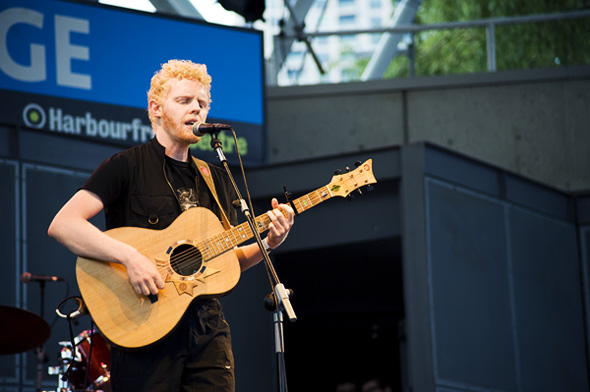 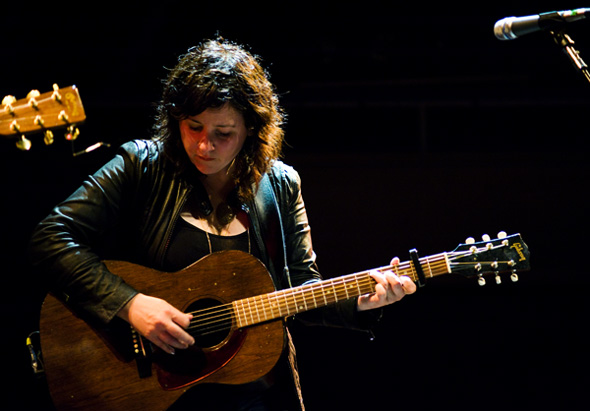 to take the stage. The small crowd welcomed him with enthusiasm, and it was easy to tell it would be a fairly intimate show as he playfully bantered with fans. 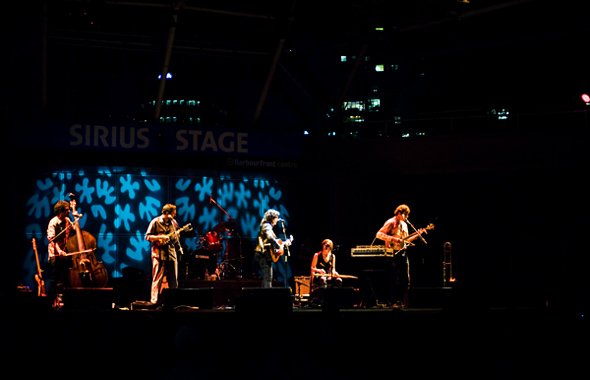 Next to take the stage was the lovely Amy Millan, who had participated in a phenomenal show in that exact spot only two weeks earlier with Broken Social Scene. She never fails to enchant her audience with her almost ethereal voice, and everyone went wild for her cover of Death Cab for Cutie's I Will Follow You Into the Dark.As the festival bravely continued through the weekend, Sunday began with more rain, thunder, and lightning. Once again, I postponed leaving until the last possible moment. And once again, I was relieved to step out the door just as the skies were clearing.

As I arrived at the Harbourfront, everything was unusually quiet. Several events were moved indoors due to the transformation of the field around the Redpath Stage into a large puddle.

I took advantage of this by also checking out the 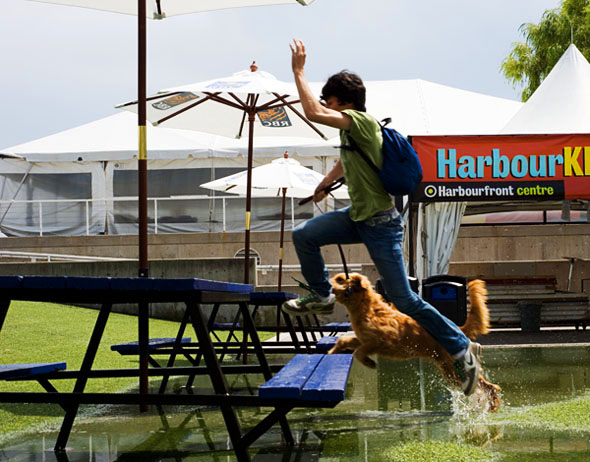 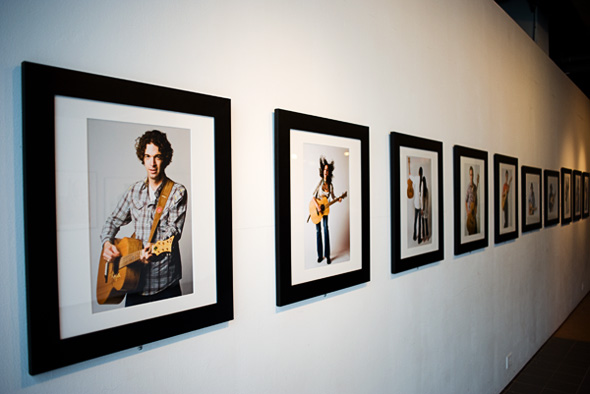 exhibit. The guitar featured in the exhibition is comprised of 64 pieces of Canada, including a sliver of gold from Maurice Richard's Stanley Cup ring. As I examined the guitar in the photos, I realized that it was the same one Gentleman Reg had been holding the night before. Yep, I'm observant like that.Not far away, Montreal's indie veterans The Dears managed to have most of the damp seats filled with avid fans. Their audience varied vastly from knee-high kiddies to the more mature, and there were even a few canine followers. It was kind of cute to see this wide array of folk who had chanced getting caught in more than a little rain for their beloved Dears.

Although I didn't make it out on Friday, I feel like a cyber-nod should go out to the artists who performed. On Friday night the festival featured the Polaris Prize shortlisted Hey Rosetta! and Jenn Grant.

I'm going to have to say, this year's Canadian Voices festival was for the truly brave. And those who did make it out were well rewarded. 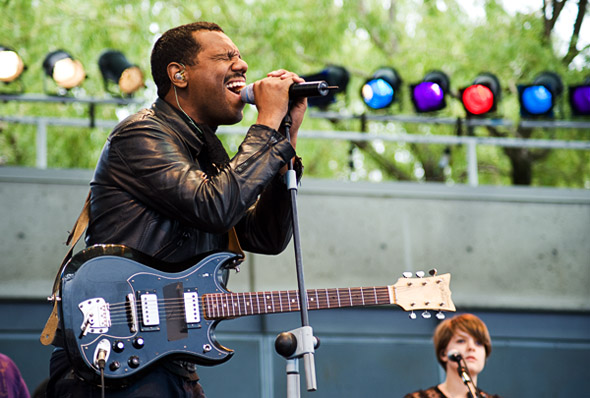 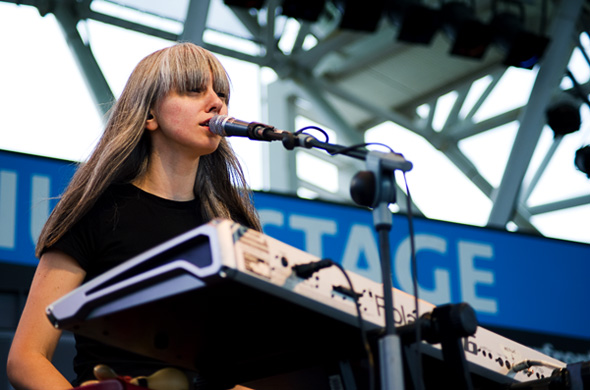 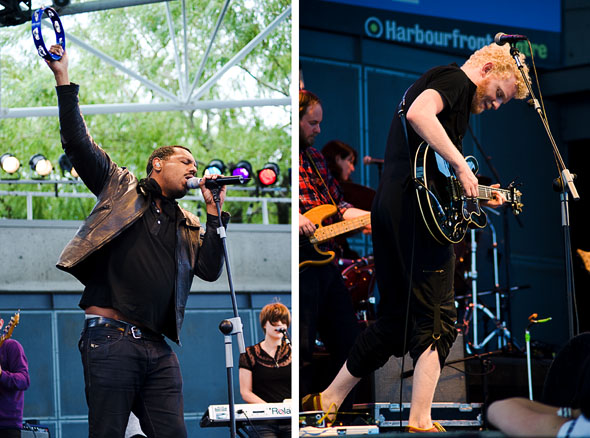