"The drum is a base of a lot of cultural expressions," says Tasha Thomas, the executive director of the Muhtadi Festival. "It takes different forms and it's used in different fashions, but almost every culture has a national drum or an instrument similar to the drum or percussive in some way." 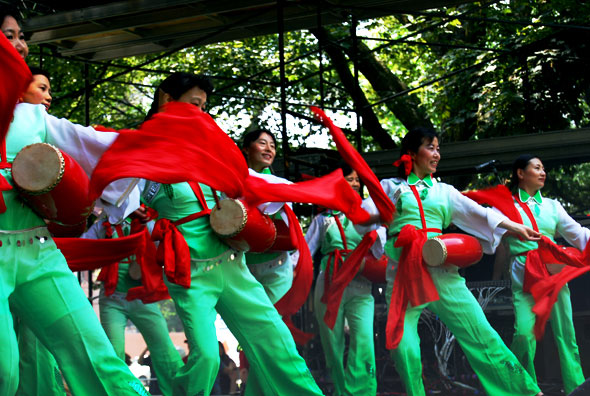 The drum festival is the brain child of Muhtadi, a Trinidad-born professional drummer, who launched the festival in 2000 in efforts to unite Toronto's many varying cultures through percussive music. Ten years later, the festival now boasts two stages with enough performers to extend the festival to a full weekend.

With the steady percussive beats echoing in the background, Queen's Park quickly filled with people from all ages and cultural backgrounds. Performances always on the go, workshops being held throughout the day to leave everyone, from the seasoned drummer to the never-played-before, something to go home with, it was enough to keep everyone from merely sitting around. 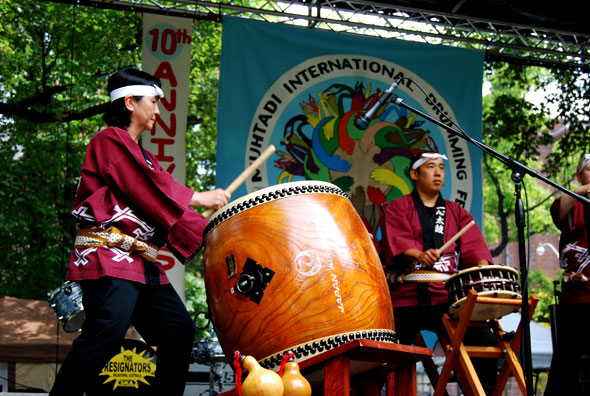 From Niagara Falls, the Dragon Ritual Drummers (DRD) brought their sounds that hail from the Voodoo traditions of New Orleans to the main stage on Saturday. While normally playing for a niche crowd, the drummers were ecstatic to bring their beats to a more mainstream audience. 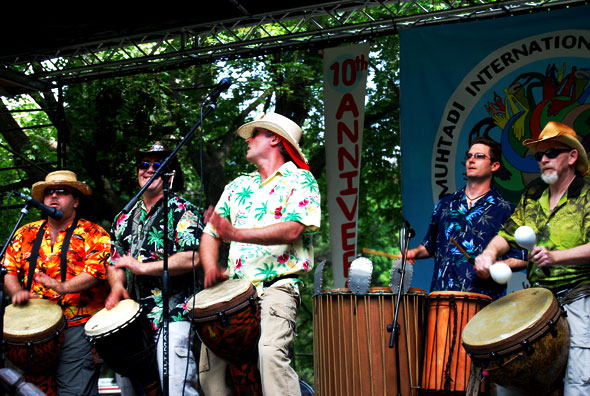 "It's a dream come true," says Marco "Drago" Canzoneri, a member of the DRD. "Drumming is a way we connect to the Earth and the common theme today is connecting with the Earth, the ancestors and connecting with the drum. There aren't words that can describe this amount of drums and the feeling you get in the pit of your stomach and in your heart."

To drum, to dance, to celebrate, if there was a need to sum up the Muhtadi experience, that would be it. Where everyone that owns any kind of portable drum or any item that can be banged on to create a beat is encouraged to bring it along. Despite the great entertainment happening on the stages or the workshops in the tents, there's nothing like an impromptu drum jam. 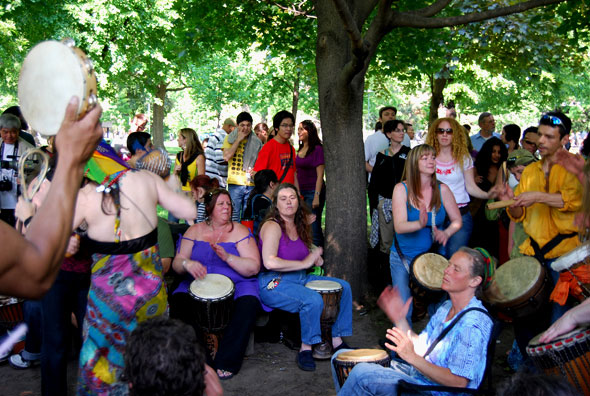 Take a handful of people to a corner of the park and beat out a simple rhythm, enough to call others to join, and soon that simple rhythm is an intricate cacophony of sound and music. For this aspiring musician and fan of the drum, any celebration that welcomes on-the-spot creating and experimenting is paradise.