Every memory I have of seeing Ohbijou play live is a good one. Before Thursday night, the show that stuck out the most was last year's co-headlining performance with the Acorn at Lee's Palace. (Incidentally, that was the experience that really piqued my interest in covering live music. I blame you, Ohbijou, for all the late nights in muggy clubs, and for the constant stream of ink stains on the back my right hand that never seem to wash off.)

I'd been looking forward to this show for months. The band was originally slotted to play in April, but the show was rescheduled for June 25th as part of the CD launch for their new album, Beacons. It was worth the two-month wait, however; visually, artistically and musically, Ohbijou never disappoints. 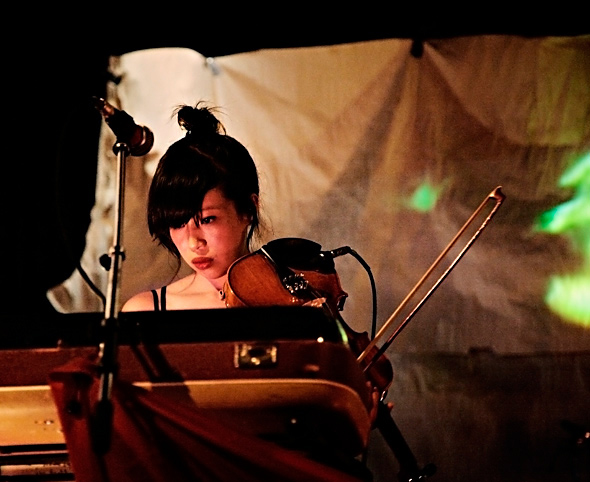 Ohbijou encompasses all the best things of a Toronto band - they're clearly inspired by the streets of the city itself. Lead singer Casey Mejica paints a romantic picture of the city's intricacies and nuances - her lyrics hint at a mysteriousness and beauty often forgotten. Beacons has been receiving critical praise across the country since its release, and the band, fresh from a stint in Europe, is now poised for even greater things. 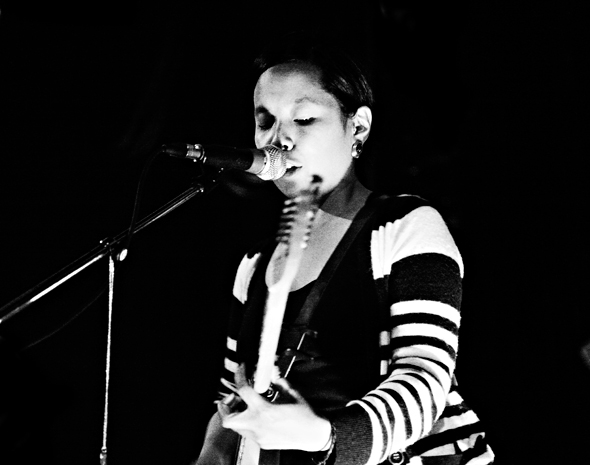 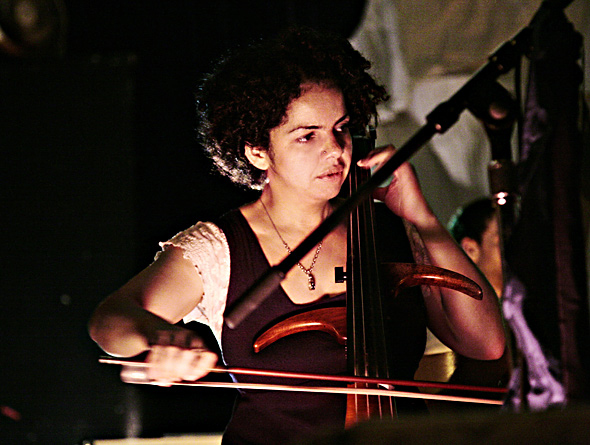 Opera House stage on Thursday night was decorated almost claustrophobically, piled high with sheets and canvas; however, it worked well with the intimate nature of the band's live shows. The focus was definitely more on material from the new album, but I did recognize a few tracks from Swift Feet for Troubling Times... as did the audience, judging by the response. 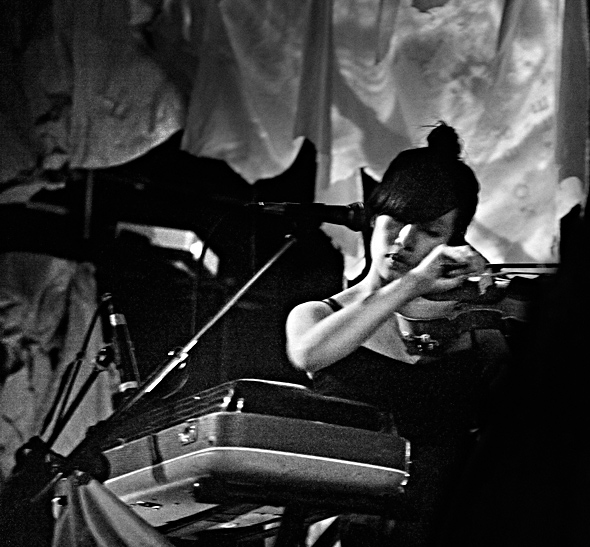 Ohbijou has at least two more Ontario dates coming up, including a stop at the Wolfe Island Music Festival. (FYI - the festival's got a great line-up, and it's a good excuse for a weekend summer trip.) Keep your eyes peeled for their next Toronto show. 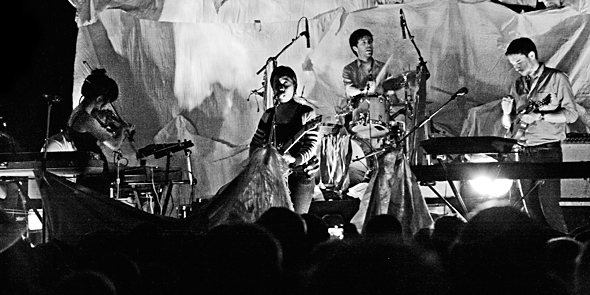