Bringing your band's rented RV to a party, along with your own red carpet to roll out in front is one way to ensure a good time.

Things started out pretty tame at the our NXNE Opening Night Party last night at The Berkeley Church, but once I hit the road with White Cowbell Oklahoma along with the band and fellow photog Pete Nema, things started happening. After a ceremonial swig of the J채ger, off we went to places unknown. More on that in a bit.

Back at the church, I bumped into CBC Q's Jian Ghomeshi and asked him for a quick NXNE recommendation. He told me to check out Deep Dark Woods at The Dakota Friday night at 10 p.m. before he had to split. But not before handing me his last drink ticket. 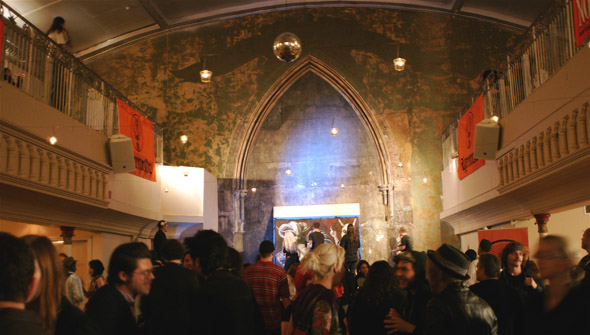 A few artists were collaborating on a mural at the back of the stage while band members and industry-types rubbed elbows. 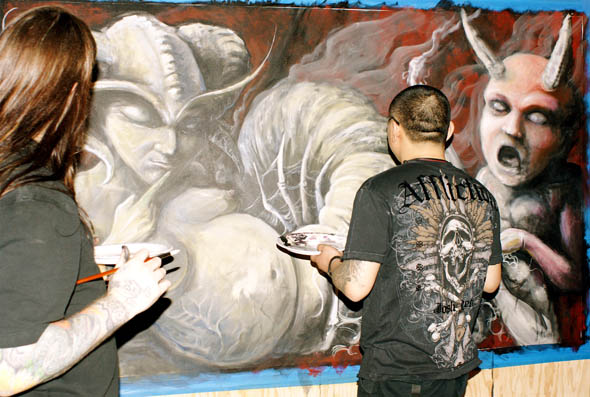 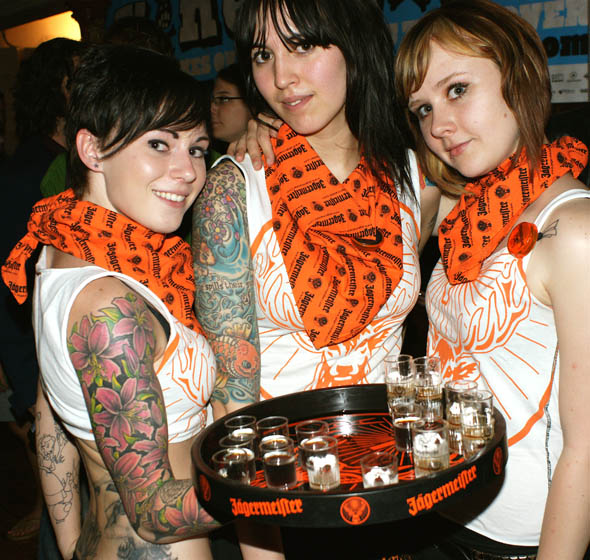 In connection with the Northern Ink Exposure Tattoo Expo this weekend, we got to preview this cool exhibit of skulls designed by tattoo artists, curated by Manuela Gray. Some were absolutely gruesomely beautiful, just like a few of the heavily tattooed and pierced crowd. 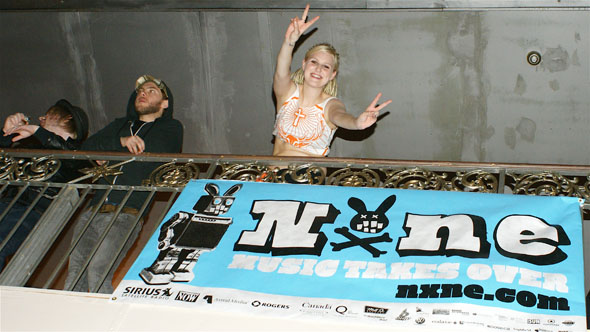 The show, SKULLS, premiered at the Southern Ink Xposure tattoo convention earlier in the year in Cape Town, South Africa. The artists' brief was to take a bare, pre-cast polyurethane skull and do with it what you will. The public was invited to bid on them at a silent auction on their favourite skulls. Money was raised for a local children's charity. 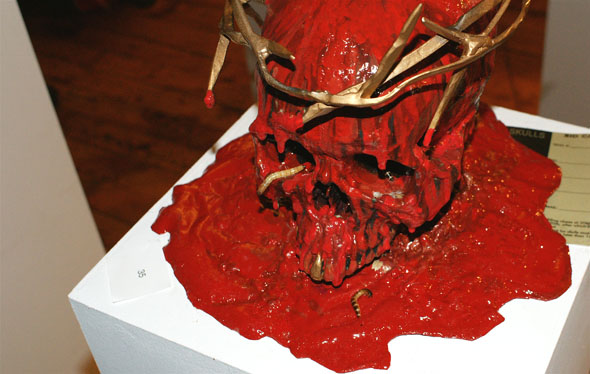 This edition of SKULLS features the work of some of the world's best and most renowned tattoo artists, whose identity will be disclosed when the auction ends on June 20 at 8 p.m. Proceeds will go to "Art City" in St. Jamestown, a charity that teaches extra-curricular art classes to disadvantaged inner-city children.

Bids may now only be made at the exhibition, but you can follow their progress online. 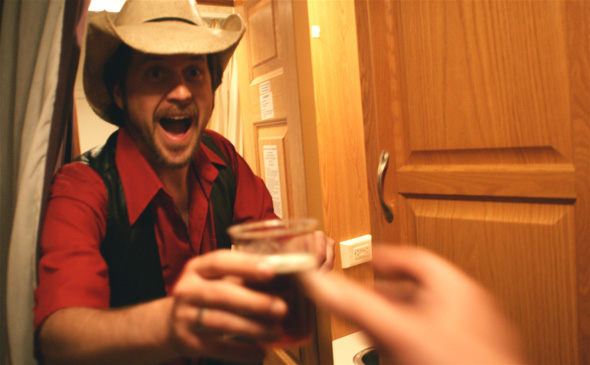 As charming as it was to stare at the skulls all evening, I couldn't pass up the offer to ride the Cowbell bus (a.k.a. the Bombardero-Mobile). I quickly downed a cup of suds and off we went to a mystery venue. 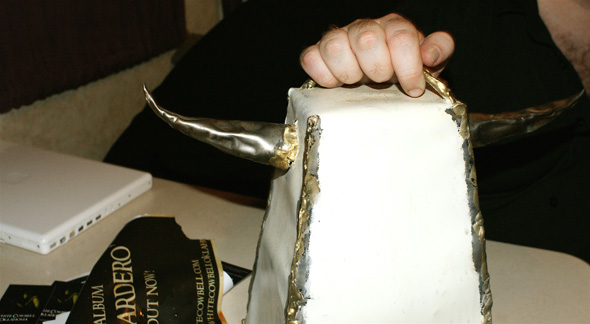 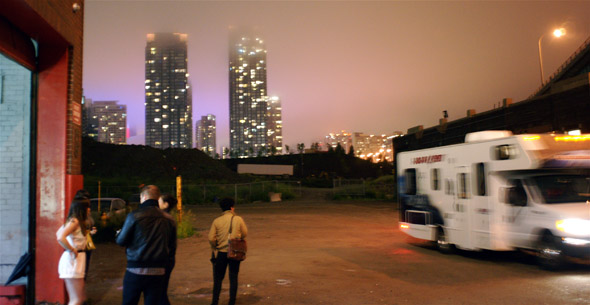 First stop was the 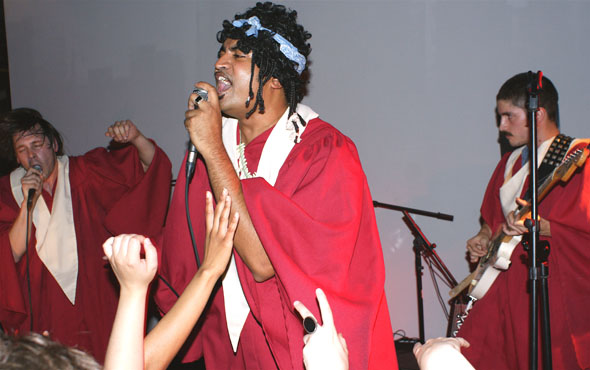 Amsterdam Brewery, where Vice magazine seemed to be throwing a party.A crowd gathered to cheer on a strange, loud gospel punk band that was tearing up the stage in the back, while the beer was generously flowing at the taps. Gospel punk? Perhaps they should've been hired to play at the Berkeley Church earlier in the evening. 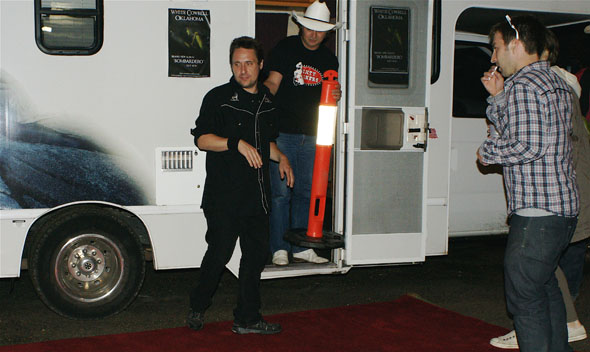 Next stop was The Drake, where Woodhands' set was about to start, but they were already at capacity, so I hopped back on the streetcar and called it a night. But, with so many bands to check out and likely more NXNE parties, this ride is far from over.