I saw him during his North By North East gig at The Rivoli last week. I caught up with him before his gig Friday night at the Balmy Beach Club, of all places. We chatted about touring around Toronto, a song about Mississauga, and the transition of performing with his old band in front of 80,000 adoring fans to intimate, acoustic shows for audiences of 150. 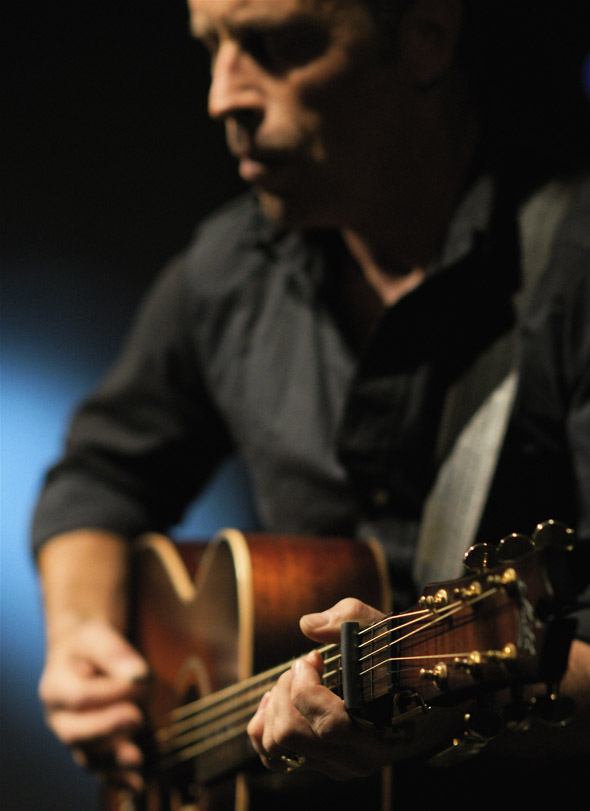 BlogTO: You're a household name back in Australia. What's it like playing to audiences here who haven't necessarily heard of Hunters & Collectors or aren't familiar with your songs?

It's such a humbling experience, reinventing myself, going it alone. I'm not being driven by the commercial radio hit single. Commercial airplay isn't part of how I conduct my career now. That took a while to come to grips with, but once we started thinking laterally about it, putting us in front of more eclectic audiences, it's still viable for us to tour. Live music has made us learn how to adapt.

It's good to see you playing so much around the Toronto area. How did all this come about?

I developed a relationship with a bloke named Keith Smout, whom I originally met about five years ago when he came to Melbourne for the Australian Grand Prix and he decided to bring me here. He's a wrangler. He brings people in and courts them. The problem with someone of my vintage is that it's hard to get something off the ground with a record label now. Next year we're hoping to get into festivals. Folk festivals.

You played at The Rivoli during NXNE and had a spot during the Mississauga Waterfront Festival. Now you're playing in a little known music venue in Toronto called The Balmy Beach Club and in nearby cities, including Hamilton and Guelph. You've even got a gig up in Sudbury. What prompted you to play in these places?

It's about getting paid. It's a myth to only play shows at traditional music venues. If your songs don't work in front of people who don't know who you are or who your pedigree is -- your average Joe -- they're not worth it ultimately. They've got to have that sort of resonance and grit.

You've got a song called Mississauga. Can you tell me why you wrote a song about this city?

I was over here about three and a half years ago, doing a gig at The Horseshoe in Toronto and it was just not going anywhere. I was really lonely and it was really cold and I walked from Long Branch subway station along Lakeshore to Hague to get to Keith's house. I found that really confronting, asking myself "What the fuck was I doing here?" Returning there now, Mississauga feels like a Yuppie paradise. Walking along Lakeshore Road, you get a shift of all the socio-economic classes.

There were people on their deck chairs in Mississauga wondering why I'd write a song about their city. Tom Waits wrote a song in the early '80s called Border Town. It was about a wheat silo in Australia in the middle of nowhere and it worked because it was so obscure. That's always intrigued me.

What's your favourite things about Toronto?

I think it's really relaxed. There's not much tension here. It reminds me of Australia, particularly Melbourne. It looks way different from the States. The people are laconic here. Very friendly but not paranoid. It's amazing how paranoid Americans are. Especially in California.

Your new album, The Closest Living Thing is an acoustic-based album, featuring stripped-down versions of some of your most popular Hunters & Collectors songs. What was your approach to this recording?

The basic attitude was to walk into the studio, sit down at the mic and start playing. Doing multiple takes, knocking them into shape until we've got something we think is emotional and a steady, convincing performance. Approaching recording in this way has affected my whole way of thinking. It's tactile and raw and immediate and gets to the emotional truth of the performance. 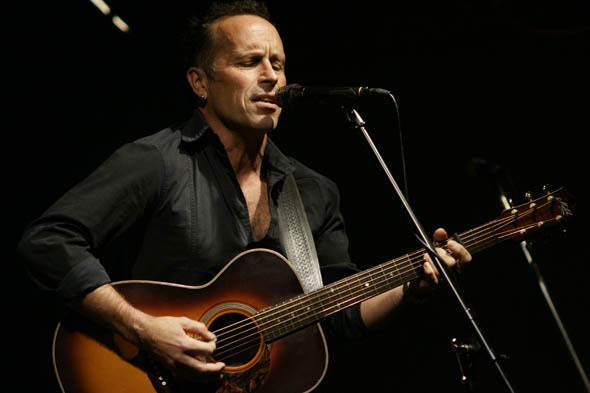 Your gig at The Rivoli for NXNE featured a guy named Cameron on back-up vocals and guitar. How did he become involved in your tour?

Cameron is a musician who's lived in St. Kilda, the musical hub of Melbourne, and used to be in a band called Horsehead. He's become one of those self-educated production engineers that's discovered recording at home. He tours with me a lot, and recorded the last four albums with me. We've since added a drummer, Rob Greenway and a young guy named Ryan Gavel on bass, both from Toronto.

Steve Earle, a contemporary of mine. I really admire his politics and willingness to embrace social issues in songs. Lately I've been listening to a lot of blues, including Robert Johnson, an American blues singer from the '30s. Ray Charles, Otis Redding, I'm a big fan of his.

Then of course, there's Paul Kelly, another Australian icon and great storyteller. And I think Amy Winehouse has an enormous influence on music. I also really like Gordon Lightfoot.

I started listening to American and Irish folk music, that really informs you about history and time and place. It's so difficult to get perspective. When you're exposed to music in a modern era, you're always confronted by stuff that won't last. The music that informs you as a songwriter is stuff that's endured.

Perhaps your most famous hit was Throw Your Arms Around Me from the Human Frailty album, recorded over 20 years ago. It's since been covered by Eddie Vedder of Pearl Jam, Neil Finn of Crowded House and many others. You've recorded it on your new acoustic album (which you can listen to here). Do you still get a thrill performing it live?

I can't get away with not playing it. It's a mixed blessing.

What was it like performing with Hunters & Collectors again -- 10 years since the band split -- for the Sound Relief concert on March 14 this year?

I hadn't really forgotten what it was like, but it's a big sound. It was good. I really enjoyed it. It was an amazing show. There was just a lot of complexity there, on a personal level. There's a lot of people in the group and I don't like them all. There were specific reasons why I wanted to get out of the band and that's still around. 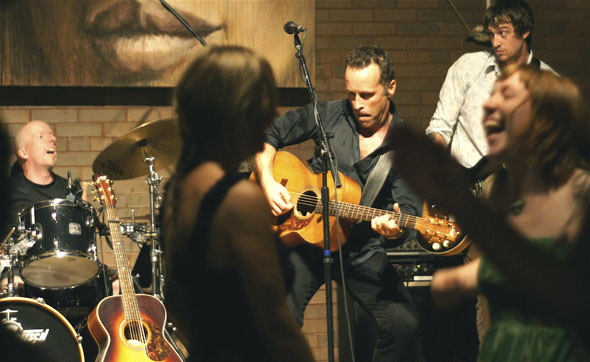 What would it take for the band to get back together and record another album or tour again?

It's life or death for me. I'm a singer. I'm not being able to hear myself. I'm doing most of the writing, singing the tunes, the melody and wonder "Where am I? How important is the collective?" I've got to start looking after myself. Those who tour successfully, they've got a musical economy. There's usually less band members.

How about a stripped-down version of the band then?

It wouldn't happen. You'd have lawyers at your door. The beauty of the Sound Relief gig is that we got to play in front of a crowd of 80,000 at Melbourne Cricket Ground, the biggest venue in Australia. After the fire happened, I put aside my comfort to make it happen.

Future Toronto-area gigs include Mississauga for Roc n Docs on Canada Day, at The Townhouse in Sudbury on July 2, at Port Credit-Clarke Memorial Hall on July 3 and at the Casbah Club in Hamilton on July 5.