Until recently, I hadn't been to Toronto Island in almost a year. Last weekend a few friends and I headed out on bikes with a fine selection of cheese, meat and cupcakes for Isla Craig's show and album launch at St. Andrew-by-the-Lake Church.

Isla couldn't have picked a better venue... or a better location, for that matter. The Church of St. Andrew-by-the-Lake sits by a wee river at the end of a winding bike path on Ward's Island. We arrived to the sight of dozens of sunburned, blissed out show-goers (the Island has a way of doing that to you), and their dozens upon dozens of bikes. (I've never had to look so hard for bike parking before.) 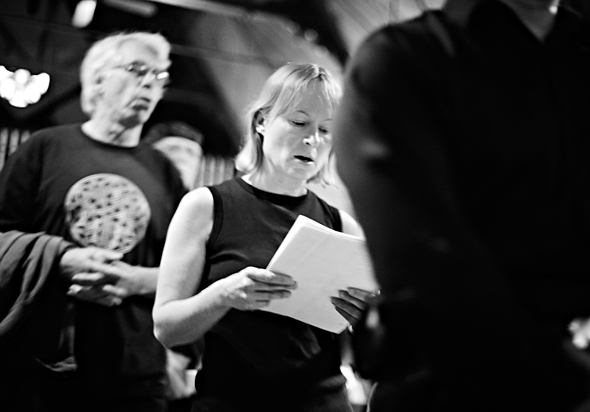 The show began with Darbazi, a choir that performs traditional folk music from Georgia. Their performance was definitely an eye-opener, and being the sucker for folk music that I am, I was floored, especially with their use of traditional Georgian instruments.

If you haven't heard of Isla Craig before, head on over to her Myspace and glue your speakers to your ears. Her rich, ethereal voice dominates throughout her new album, 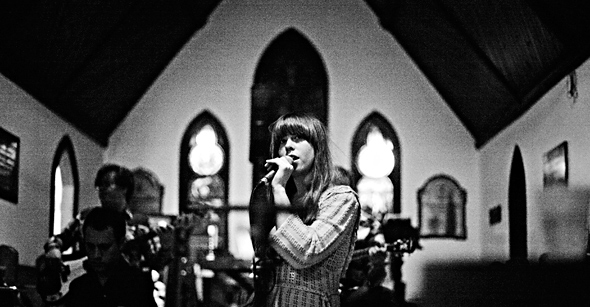 Isla Craig and the Continental Drift, which transcends from experimental post-rock to reggae. She's joined on the album (and at the show) by Michael Smith on bass, Colin Fisher on guitar, and Brandon Valdivia on drums. (There was an additional vocalist with an absolutely breathtaking voice, but I wasn't quick enough to catch her name.)

Isla's mesmerizing performance, the lingering heat, and the aftereffects of a whole lot of wine and cheese made for a thick and heady atmosphere during the show. Her charm was apparent in every song, and the trance-like influences in the new material lulled the audience into a dreamy hush. The only disappointment was the lack of an encore - almost everyone promptly rushed out the door just before eleven to catch the last ferry back to the city. 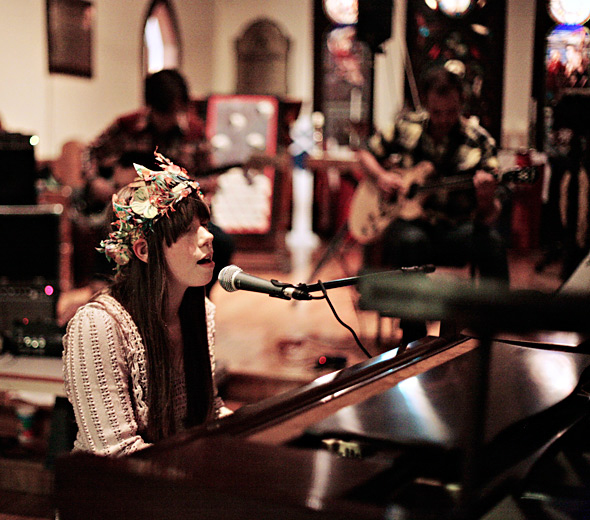