Slim Twig and a Sweaty Crowd

Slim Twig has been in the spotlight in the Toronto music scene for quite a while, long before Now Magazine crowned him the best pop/rock artist last year. I've never gotten the chance to see him live, so naturally I wanted to see what the big fuss was about. Last night, the Horseshoe granted me this desire as they held a CD release party for his latest album Contempt!

There's something about the Horseshoe that isn't appealing to me as a crowd member. And after last night I realized what it is; they need an air conditioner. It wasn't the first time I experienced the overwhelming heat (see my other blog entry ' 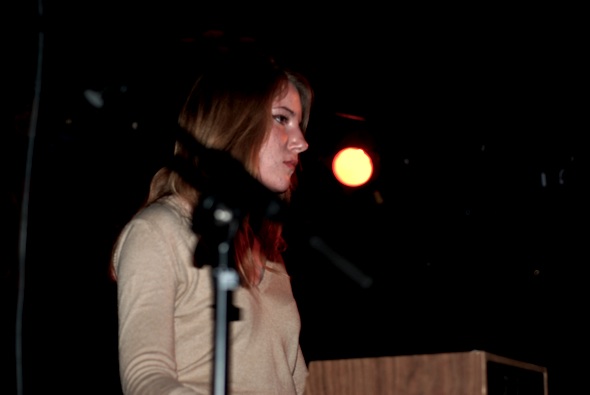 Land of Sweat'). Maybe they're trying to set the atmosphere for the typical sweaty crowd concert? Who knows really. But as I entered the venue, passed the pool table, up the steps, and passed the bar, the humidity was like a slap in the face.Luckily Slim Twig's set had already started. Performing a mix of his old and new tunes, he sported a tight suit and exhibited his usual erratic behaviour to stage.

There was a decent sized crowd dancing to his unpredictable melodies and beats. I've seen his other project, Tropics, play before - but there's something about his Slim Twig band that appeals to me much more. I think it is the electronic feel; like futuristic sounds mixed with oldies. 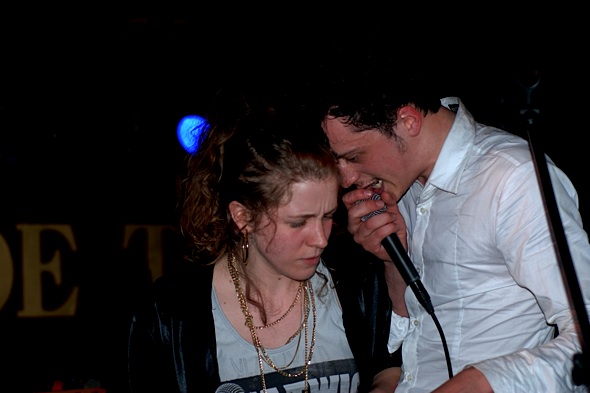 After he finished his set, the crowd cleared. He told everyone that he and some of his friends would be playing a set of covers later on. There was a little intermission before Slim jumped back on stage along with Simone as Tropics to play a few songs, and later on brought on a full band, which he claimed was his favourite band in all of Toronto. I thought everyone had left, because by now it was almost 1am, but when I turned around I was surprised to see that his faithful followers had returned for more.

I stood still in the crowd analyzing what made this guy so special, and after playing each instrument with his microphone, singing in peoples faces, and stepping off stage into the crowd, I decided that it was his improvised stage presence that kept me staring. He really put on an entertaining show, and that's what's making me return to his next Toronto show in June, when he shares the stage with 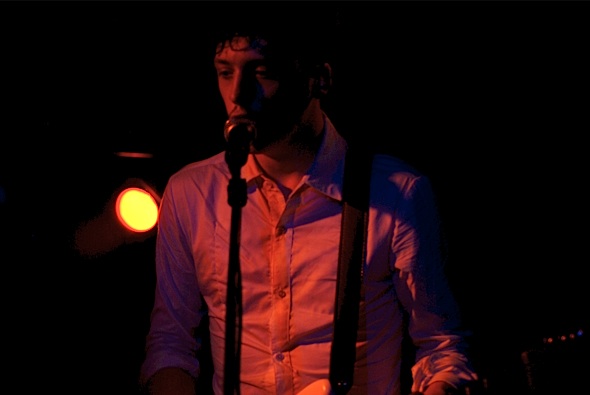 Black Dice at the Gladstone.