Yann Tiersen's show on Sunday night at The Mod Club wasn't quite as cinematic as I had hoped.

After penning the music for the Jean-Pierre Jeunet movie Amelie, I was expecting perhaps more of a French kinda show. Maybe somewhere along the lines of the Nouvelle Vague show I saw there a couple of years ago.

Instead, what we got was a down-to-business rockin' out sorta show, sans piano or accordion. Tiersen shone best when he put down his electric guitar and took up his violin. But I longed for something a little more... I dunno, authentic? 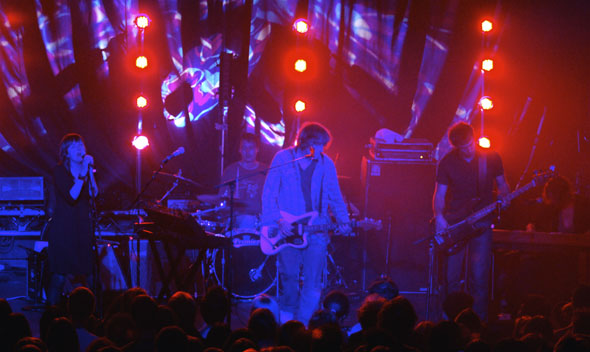 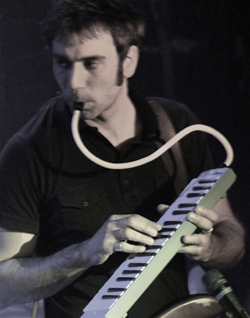 It seemed that he was trying too hard to do something new that he lost what made it special in the first place.

There were some Mogwai moments in there somewhere, too.

Like the time when he built up an elaborate wall of sound at the end of their 90-minute set, going wild on this elaborate keyboard/sampler machine that was underused most of the show.

The French sound kind of came into the show and left in spurts. But they were few and far between.

Songs where the bassist played the melodica lent a more subtle French vibe to the arrangements, which were otherwise more rocking numbers.

A memorable moment of the night was the first song of the encore, when the band performed the gentle Fuck Me cheeky little number.

You can currently find it on thier MySpace page.

Opening act, Brooklyn-based Asobi Seksu (colloquial Japanese for Casual Sex) was rather amusing to watch, but not that pleasant to listen to. Yuki Chikudate's vocal range bordered on operatic, which is fine if the rest of her band played up to her talents.

The guitarist and bassist, one on either side of her, really got into their parts but never interacted with the vocalist throughout their entire set, making me think that she was trying out as a new replacement singer for this dream pop band.

Chikudate would often shake her long, black hair about like a metal rocker as she stood behind a keyboard most of the set. 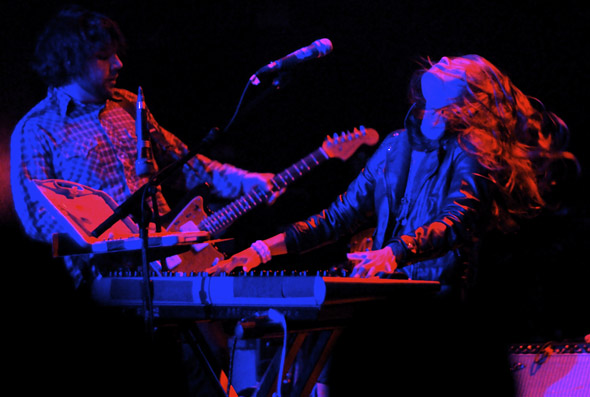 The odd song she'd picked up (and later throw down) a tambourine or a handful of sleigh bells. I wasn't quite sure if she was singing in Japanese or English most of her songs, as the words were hardly decipherable.

The sold-out crowd didn't seem to mind, though. It passed the time until Tiersen took the stage, filling the venue with the type of music they had hoped to experience.