Call them what you will; the Shouts, Shout Outs, or even SO4 (as my friend pointed out to me), you can always count on Edmonton's Shout Out Out Out Out to tear a stage up and start a mean dance party.

Their latest Toronto performance at Lee's Palace on April 25 was no exception. I left the venue drenched in water - and it wasn't from the rain...it was sweat. Grosss, I know.

The Cansecos opened. They fit really well for the audience, who was expecting some sort of electro-dance opener. They got what they asked for. I was really feeling the funky sounds from these local guys. They definitely have some Daft Punk inspiration in their beats. Lee's Palace was quite crowded, and people started shaking their booties from the get-go. The Consecos really warmed up the room - but everyone in there knew that Shout Out Out Out Out was going to make the sweat drip out of every pore.

I vividly remember seeing SO4 play with Land of Talk in support of Holy Fuck back in 2006. At the time, I was a huge Land of Talk fan, so after their set finished I didn't really care to watch the two main acts. However, my mind was changed when Shout Out Out Out Out came on. They got me dancing, and I'm not one to dance unless I'm really enjoying myself. It was such a great show - so good that I wasn't bothered to stay for Holy Fuck. I was so spent. 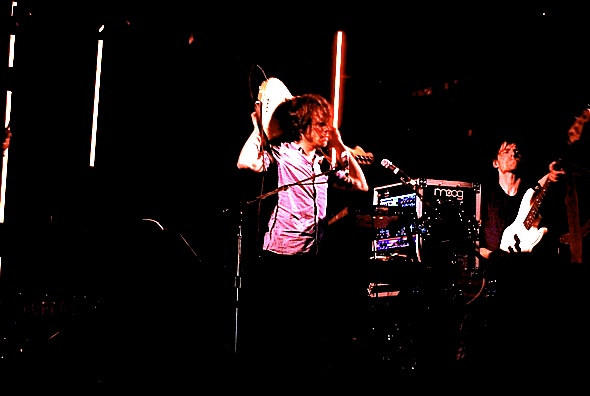 With that joyous memory in mind, I was so eager to have another great night. This time, instead of dancing, people pretty much went ape shit. It started off nicely; aggressive dancing. Sure, there were some annoying moments of too-close-for-comfort, but everyone seemed to be having a great time. Shout Out Out Out Out, who approached the stage (without their lit props that spell S.H.O.U.T.), instantly got the crowd in motion. I'm not a die hard fan or anything, so I'm not too familiar with their songs, but Dude You Feel Electrical is one that just gets me going (as it did with everyone).

It got a little rowdy, and that's when the crowd surfing began! Crowd surfing is a notification that the show is getting to a new level. At this point, considering I had my camera in hand, I danced off to the sides of the stage and observed. It was so cool to see how happy everyone was, including the band. They brought their energy to Toronto again, and really left a mark on me for the second time. After that night, I officially became a dedicated Shout Out Out Out Out fan. 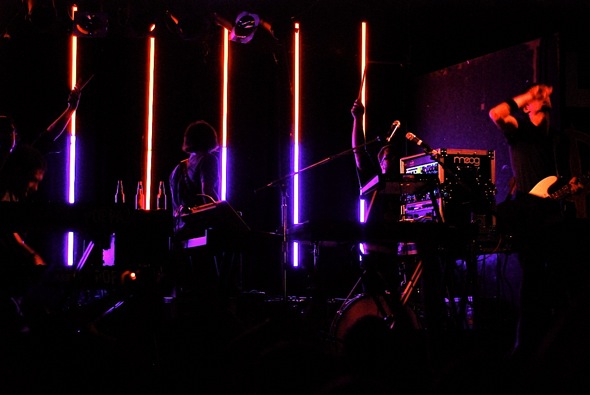