The Constantines come pretty close to being the kings of the Canadian indie scene. In the eyes of their fans, at least - who are devoted and many, according to the turnout at the Phoenix on Tuesday night. The band were the openers for three sold out shows in Toronto with the Weakerthans, playing a set both dynamic and raw.

These guys have been doing their thing for a while now. The quintet includes frontman Bryan Webb, guitarist Steve Lambke, bassist Dallas Wehrle, drummer Doug MacGregor and keyboardist Will Kidman. The band formed in Guelph in 1999 and released their self-titled debut album a year later. Shine a Light and Tournament of Hearts followed in 2002 and 2005, respectively, and the band's newest release, Kensington Heights, is currently on the receiving end of a whole lot of critical acclaim. And for good reason. 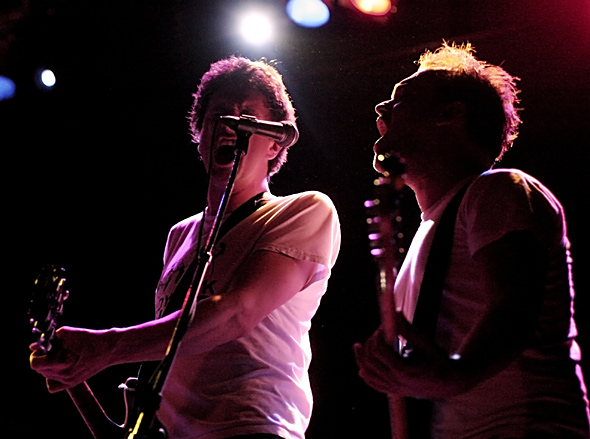 The Constantines were loud and tight on Tuesday night, perhaps fueled by the tangible buzz of the crowd. I squeezed myself to the extreme right of the stage, where I was surrounded by absolute FANATICS. (Polite fanatics though, and I think I've mentioned before how I prefer to hear a band play live with total die-hards around me.) Most of the new material was covered, and the band played with their usual mix of guitar-heavy backing and Webb's ferocious vocals.

To say these guys are energetic on stage would be an understatement. They scream, shred and jump with enough wild tenacity to put a hardcore punk band to shame. 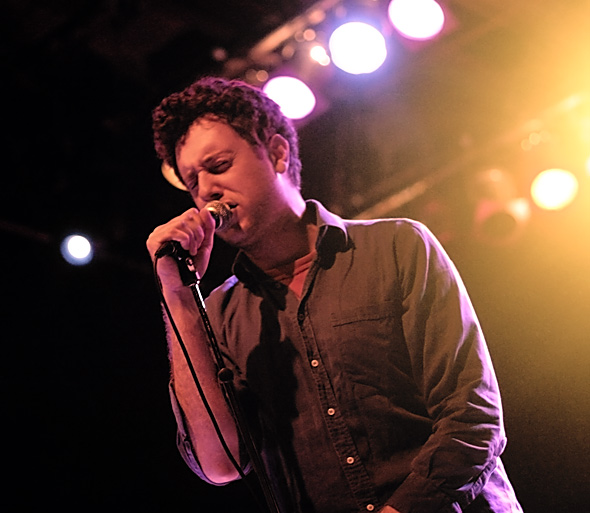 I feel crappy about missing the Weakerthans - my friends keep telling me how incredible and intimate they are live. Then again, my friends don't have to get up at 5:30 in the morning, so they can stuff it.

If you live on the west coast, you can catch both the Constantines and the Weakerthans as they continue their tour across Canada.