Neko Case's performance at the Trinity St. Paul's United Church this past weekend came pretty close to being an otherworldly experience. I'm going to reveal my unhip-ness right now and say that I wasn't too familiar with her brand of alt-country previously, but after catching Saturday's sold out show, I've been converted. This was easily one of the best shows I've seen all year.

Neko has a long history of collaboration: she's worked with the Sadies, the New Pornographers, Carolyn Mark and Calexico. (FYI - my heart belongs to Calexico.) Her voice has that rare ability to lull you away from reality - to pull you into her strange, creative little world. Her lyrics suggest elements of nature and fantasy; tornadoes, critters and man-eating tigers run wild through the newest album, Middle Cyclone. 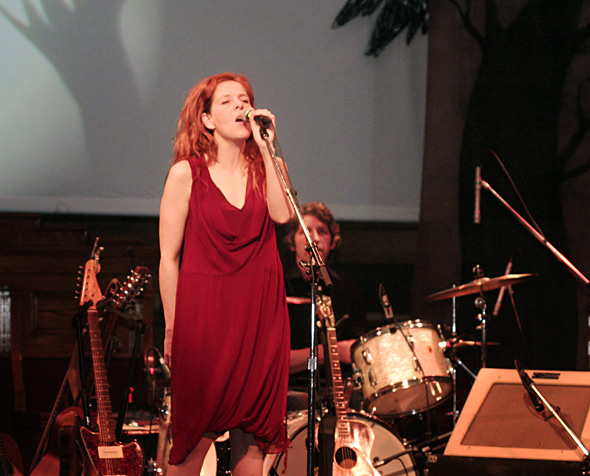 After the photo call, I settled into a seat in the balcony, with a prime view of the stage. (And of Neko's shoes, which I covet.) The crowd was the most polite, respectful and attentive one I've ever experienced - I'm chalking that up to the venue.

Material from the new album was received just as enthusiastically as older songs - People Got A Lotta Nerve and I'm an Animal in particular. The backing vocals of Kelly Hogan blended perfectly with Neko's, and their banter between songs lent a bit of charm to the performance. Neko's voice is truly a powerhouse; in a venue like the Trinity, it resonated off every beam and pew. 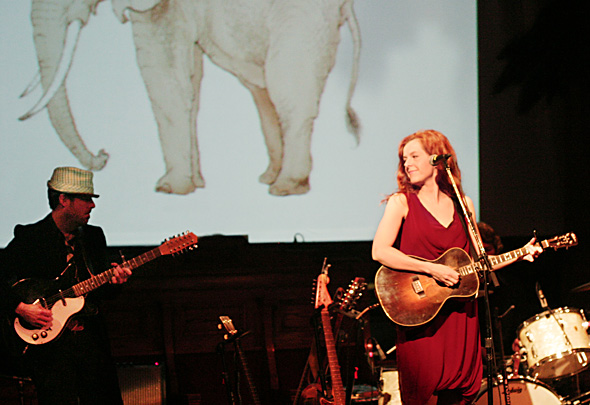 Stylistic animations were projected onto a large screen behind the band - the screen itself was enveloped on one side by a giant black owl, cementing the organic element present in Neko's music. The 90-minute set whipped by in the blink of an eye, and the bit of magic still lingering in the air as I left made me realize that I'd witnessed something way beyond a simple live show. 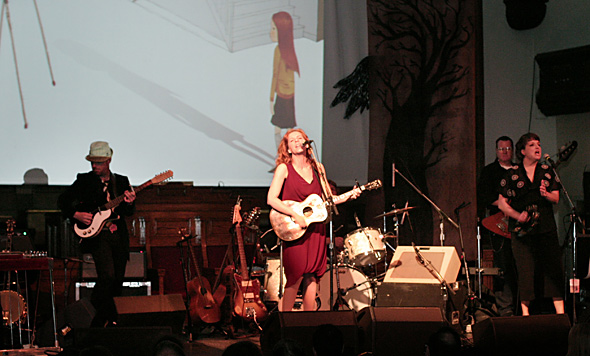 tour continues on throughout North America over the next month and a half. If you're lucky enough to land a ticket, expect an eye-opener of a performance.