For weeks, my friends and I had been counting down to March 21st, the night we got to see two amazing Toronto bands, Sweet Thing and We Are the Take. The added bonus was that they were to perform at our favourite venue, The Mod Club.

We were expecting a fun night, but "fun" just doesn't cut it. 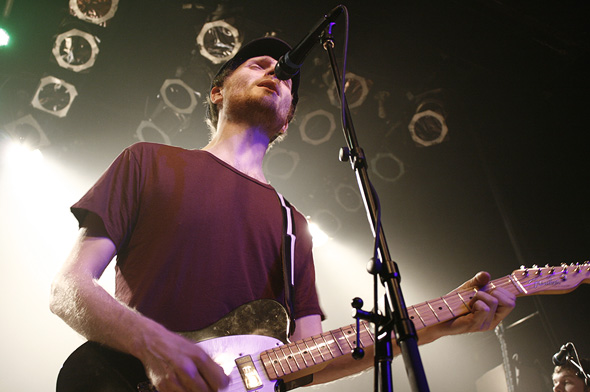 We Are the Take is one of my favourite local acts. I first saw them play in 2007 at the El Mocambo, opening for The Junction. I've seen many gigs of theirs since then, and I have to say that they rarely get the kind of audience they deserve (which would be bigger, more eager to dance, and maybe just a little bit quieter during the slow songs). They're always ready with a solid set, and a great performance energy matching that of their music. Up until just a little while ago, the band mostly performed with "old" songs, but even then, they did a great job of keeping their set lists fresh. Now that they've got a good stock of new tracks, it's easy to see that they've been keeping busy offstage in the last year and a half that I've known them. 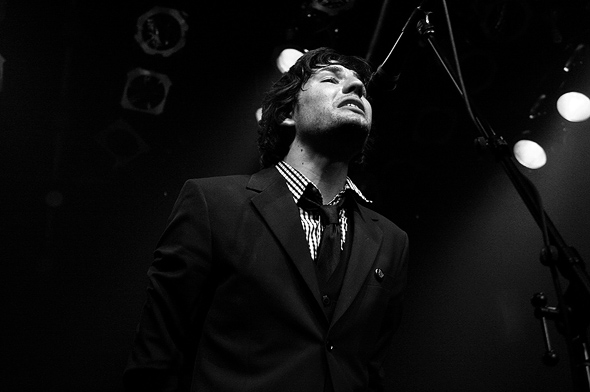 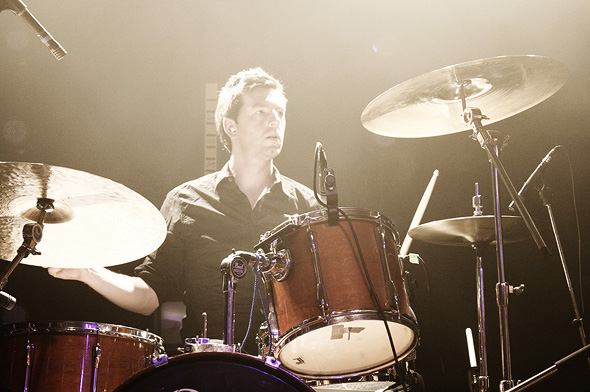 The band introduced a brand new song, "Fire", which featured lead vocals by singer/guitarist Craig Stickland, Erik Alcock on the acoustic guitar/vocals, and bassist Andrew Hobbs taking up the trumpet. It was a little bit of a new direction for We Are the Take, and I thought it was fantastic. They finished their set with a spot-on cover of Pixies' "Where Is My Mind?". They're playing again on April 2nd at the Tattoo Rock Parlour ... where I will mostly likely be. 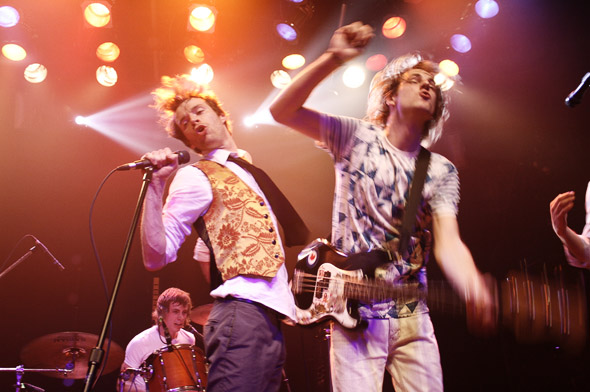 Not long after We Are the Take left the stage, Sweet Thing was ready to go. I'm not familiar enough with their songs to know what they played, but I think even if I were, I would've been far too distracted to pay much attention to the set list. Lead singer Owen Carrier owns the stage like I've never seen before, dancing absolutely non-stop. Owen and bassist Morgan Waters were particularly entertaining to watch, both on their own and while interacting together. In fact, I can safely say that I saw about 90% of the concert through my camera lens, so afraid I was to miss a good capture (which I did anyway; my friend later told me that I was reviewing my photos just as Owen posed for me). It's hard to distinguish one part of the night from another; the entire performance just felt like one big ball of happiness, singing, and dancing -- from everyone, onstage and off. 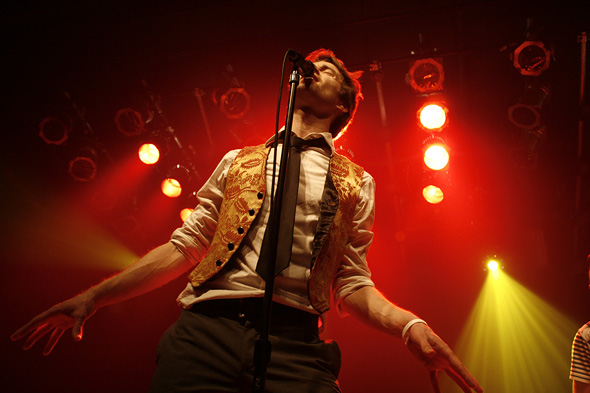 Somewhere in the last half the show, Owen gave a pretty impressive jump that ended in a spill in front of Tyler Kyte's drum kit. He remained lying down -- not that Morgan or guitarist Nick Rose gave him much choice, as they played above him -- with his head propped up against his monitor, and continued to sing from where he was. Before the final one or two songs (the last of which I believe was "Kite Fight"), two huge Dollarama shopping bags were dragged onstage, containing plastic tambourines. The band threw these spray-painted, colourful tambourines out to the enthusiastic crowd, and I have to admit to taking many one-handed photos after snatching up my own. Halfway through the song, Tyler and Morgan ran around the drum kit, beating whatever they could, and Morgan ran a drumstick down the neck of his bass (to create an ... interesting effect!). The band received a lengthy request for an encore -- from both vocal chords and tambourines, of course -- but The Mod Club was hosting their UK Underground night, so the band had to leave.

I don't think I need say it, but it was one of the best shows I've attended in a long time! 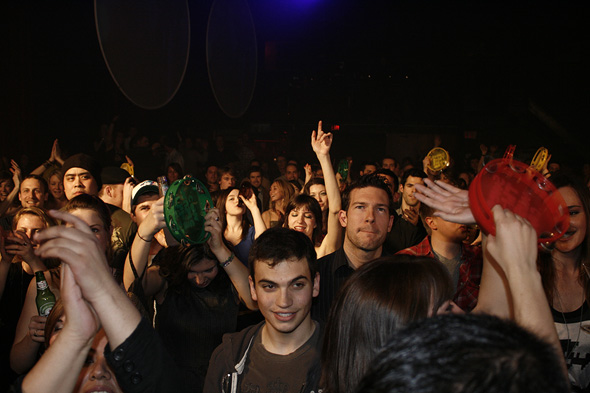 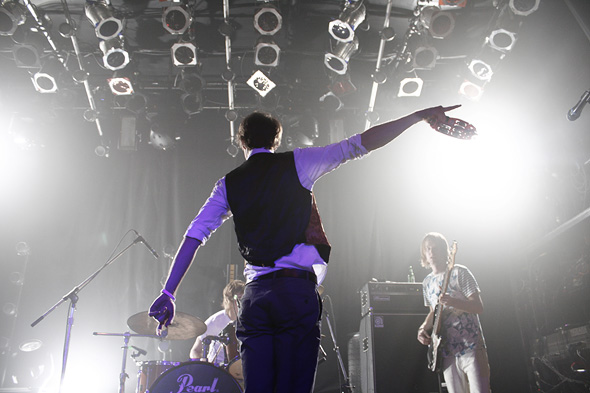