Madonna Fans Frolic at The Phoenix

Madonna fans united and celebrated their favourite pop icon at The Phoenix Concert Theatre last Friday night at the Can't Stop Esther party, which featured a live tribute act, a couple of impersonators, sexy go-go dancers and a video retrospective of her career.

What else are Madonna fans to do? It's been five months since the Material Girl was last in Toronto for a show at the Air Canada Centre.

This was the sixth installment of Can't Stop Esther, a Madonna marathon, organized by DJ Doctor Baggie, who is also behind the popular Purplelectricity Prince-themed parties over the last five years. 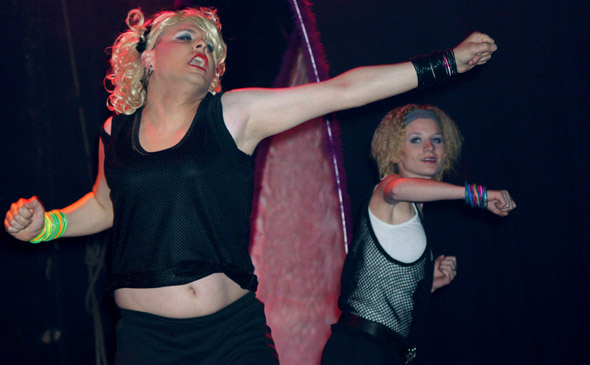 Before long I was dancing to Aldonna (pictured above, left) a Madonna impersonator who took to the stage to do a dance routine to Holiday, with his jelly bracelets shaking to every move. He told me that he learned the dance moves after practicing in his bedroom in high school. 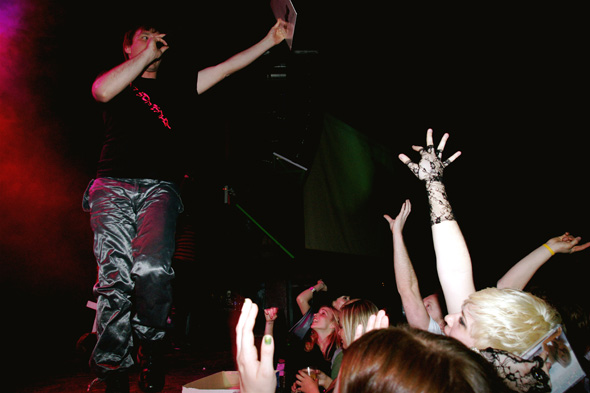 The DJ doled out prizes of t-shirts, limited edition Madonna vinyl and CDs to the most avid of fans, including more than a handful of lookalikes. One manly fellow snagged a prize after showing off a huge tattoo of Madonna's likeness on his back. 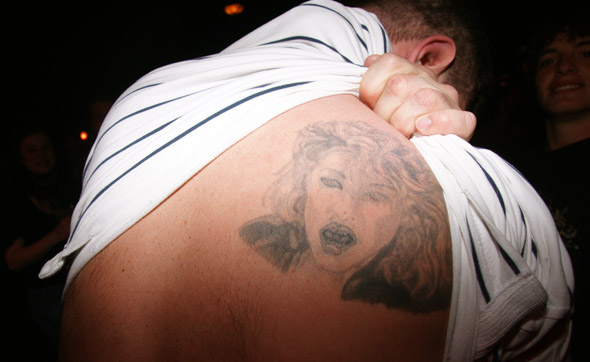 It was amusing to see so many die-hard fans shake their stuff while images and videos of Madonna flashed on the big screen. 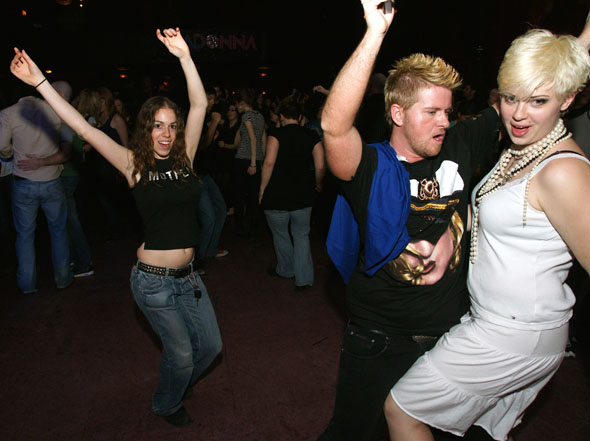 Before the night was over, the Madonna marathon included a voguing competition. Madonna fans sure know how to party.

More photos from the Can't Stop Esther party in the photo slideshow below:

Madonna has certainly come a long way since Like a Virgin topped the pop charts in 1984. DJ Doctor Baggie told me that she's now the most photographed woman in history after surpassing Princess Diana. I wonder who will overtake Madonna some day?