I've been waiting to see White Oklahoma Cowbell for quite a while. I've never met anyone who has witnessed a performance and had a negative experience. Actually, I have never met anyone who merely enjoyed it, and the general consensus has always been that it is something I have to see for myself. So, I decided to make it the first show I saw at this year's Canadian Music Week.

When I walked into the Bovine Sex Club I was given a stamp and a voucher for a free shot of Jagermeister. Ha! Anyone who has ever done shots of Jager knows that there's no such thing as a free shot. You pay eventually...

I did my shot, grabbed a beer, and held on for dear life. 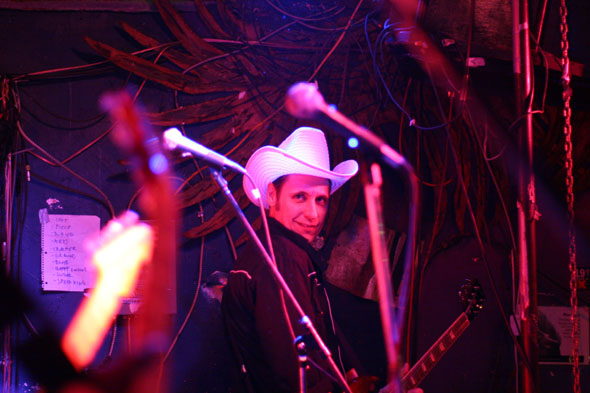 I did some calculations and this is pretty much the standard formula for the show: the guy in the white cowboy hat talks to the audience; not sure what he says but there's swearing and probably the name of the song they are about to play; the band takes a swig of beer and/or does a shot of Jagermeister; they rock our socks off for three to five minutes with an energetic, balls-to-the-wall track; then repeat.

On top of the abundant charisma and character of all five guys on stage, they were obviously all talented musicians. Harmonies, solos, instrumentals - it was all there. Even the guy with the cowbell who almost set fire to the Bovine seemed to know what he was doing. And if he did, it would be a pretty good way to go!

I was told that this show was toned down and they would probably switch to high gear for their performance with the Supersuckers on March 13th at Lee's Palace. That was terrifying information, but in the most wonderful way.

After much time alone in my room dwelling on the performance and sobering up, I have come this conclusion: for someone not to enjoy the show they'd pretty much have to hate fun. 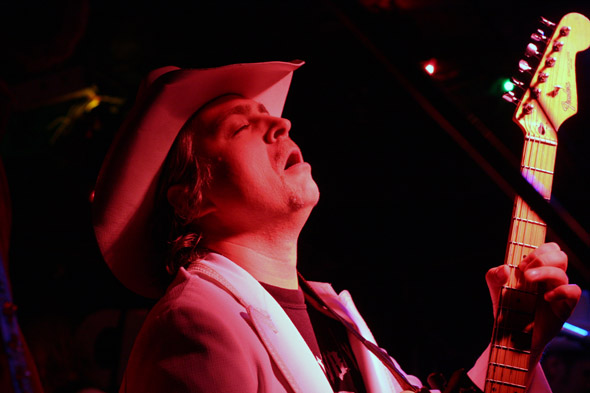