Julie Doiron Sings in the Saddest of Keys

I adore Julie Doiron. Simple as that. A down to earth, East Coast girl with a taste for the sweet and melancholy and a knack for writing songs that hit you hard in the heart - what's not to love? This past Thursday night, she played an endearing show at the Horseshoe and made the packed house fall a little in love with her as well.

Doiron's been at this for a while - she got her start in Eric's Trip in the early ninties, and released her solo recordings soon after the band's break-up. Collaborations with The Tragically Hip, Okkervil River and Phil Elverum followed, and her most recent solo album, I Can Wonder What You Did with Your Day, has just been released and was the reason for the show at the Horseshoe this week. 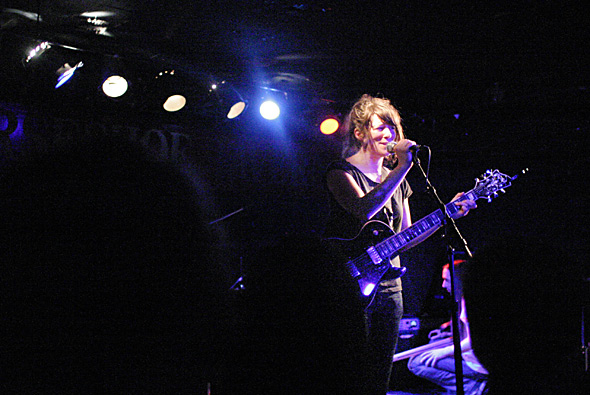 She started off the set alone on stage, performing Will You Still Love Me to a rapt audience. (I'm gonna admit that I got a little teary-eyed during this one: it's my favourite song of hers.) She was joined after four or five songs by Rick White and drummer Fred Squire, and showcased a lot of the material from the new album.

Doiron is eccentric and charming during her live performances--at the Horseshoe, she would often interrupt a song to give us a little history on its origins, or giggle at a missed chord or lyric. Though the place was packed, the crowd was exceedingly respectful - the heckling amounted to shouts of "play a sadder tune!" and "C is the saddest of all keys!". (I always thought it was D minor.) 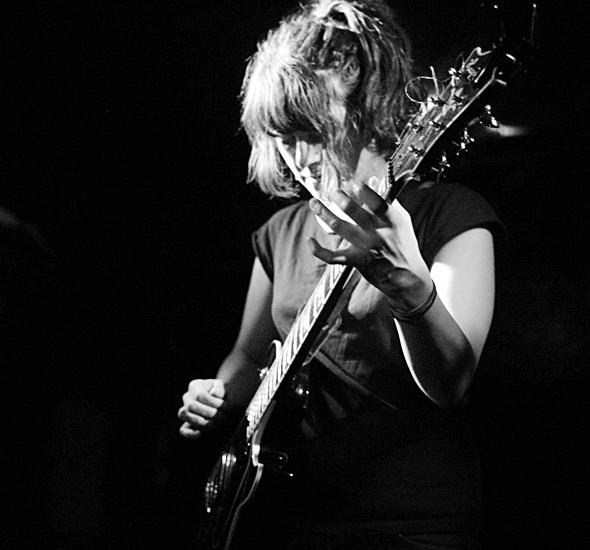 She continues on with the tour through Ontario, Quebec and the US in April. Bring good friends, and tissues.