Splashed onto three screens surrounding the room is a frenetic mash-up of '80s sitcoms, movies, tv ads and toys. I watch in almost a trance-like state while the music pulses and throbs to the video arcade bleeps and smooth synthesizer sounds from two decades past.

It's Sunday night and only a handful of hipsters and youngsters are gathered in The Drake Underground for the FutureCop! show (previewed here).

Only one half of the duo that is Futurecop! made it to the show, as the other one had visa problems, not that the show suffers much as a result.

Between twiddling some nobs and dabbling on the mini keyboard and Macbook on stage, there's more than enough sound to fill the room. Images of My Little Pony are spliced alongside Pee-wee's Playhouse, The Neverending Story and The Breakfast Club. What year is it? 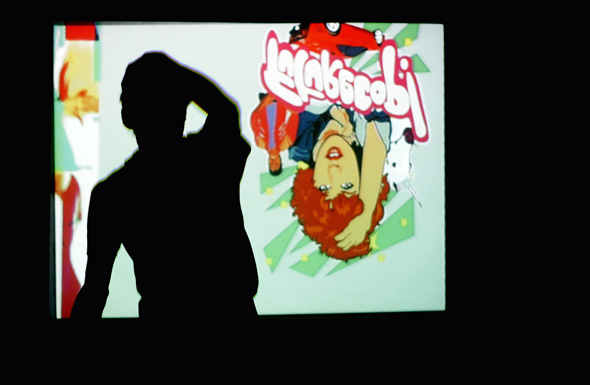 After a while the dance floor gets busy, with one or two individuals totally tearing up the place with their robot dance. 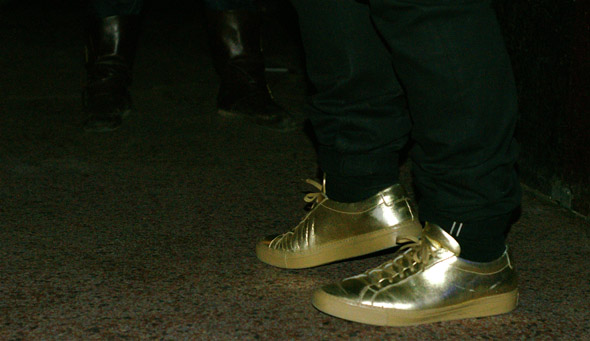 I spot a guy dancing in a pair of funky gold sneakers. 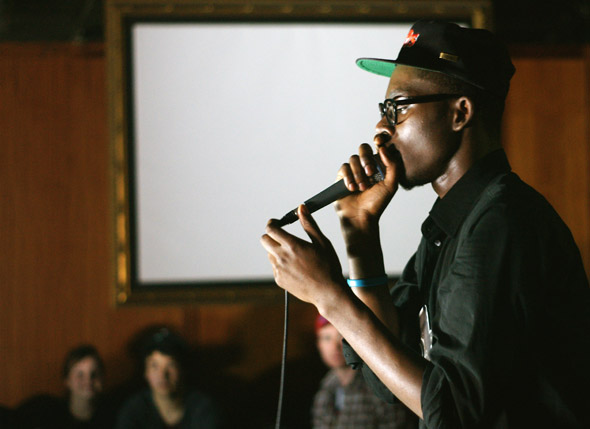 The opening act, Theophilus London from Brooklyn, NY got the crowd moving with a personal performance. 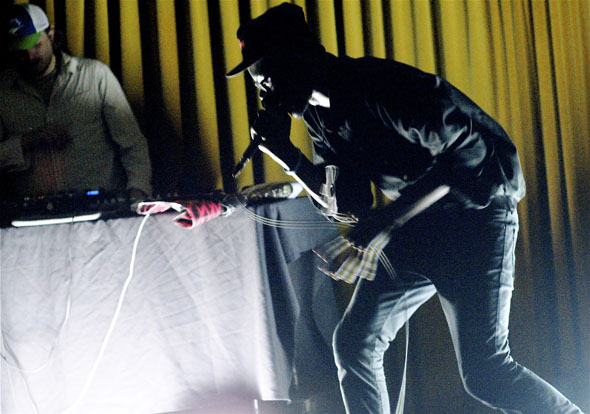 With just a DJ to back him up, he commanded the stage on two microphones, often breaking mid-song to engage the audience with a little story or anecdote beneath the bright, fluorescent tube lighting in front of him on stage.

Perhaps FutureCop! would have a better reception next time they're in Toronto if they played as part of one of the popular '80s dance nights in Toronto.