Dance Yourself To Death is that girl in high school who was smart, beautiful, funny...and you always wondered why she was still single.

Since releasing their debut E.P. in 2005, the local group have appeared as themselves in an Elton John produced film, played every major music festival in the city and toured Germany to huge acclaim. Nonetheless, the scenesters in Toronto are still just learning their name.

The title of their new full-length album, 'Ready for Love', clearly states their intention of getting some hometown attention in the coming months. Their specialty is 1980's style arena pop; if Kim Wilde and Joan Jett had a love child it would grow up to be Dance Yourself to Death.

The songs themselves run the gamut of hot pop music topics: sex in alleyways, sleeping with people on the rebound and of course cases of 'teenage romanticide' (not sure what that is...)

They were live at the Rivoli last night and they did not disappoint. Lead singer Jen Markowitz, with her macho swagger and tangled black hair kicked the hits around the room. Backed up by a crack team of pop machinists, including 20-year-old guitarist Carmen Elle, DYTD took the sweaty crowd at the Riv and shook them by their neck.

There are more European dates on the horizon with a possible American tour in the fall. It would be nice to see the local kids get excited about DYTD, but you know how these things go. The band will probably have to make it somewhere else before they get really big here. 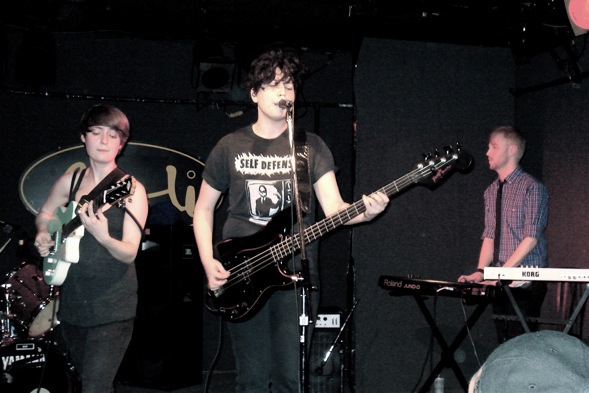