Chart Attack at the Horseshoe Tavern

On Saturday night I went to the Horseshoe Tavern, for a night of music handpicked by Chart Attack and the 'Shoe. Headlining the night was Prince Edward Island's Two Hours Traffic, who took a break from recording in Halifax to play at their "favourite venue in Canada". 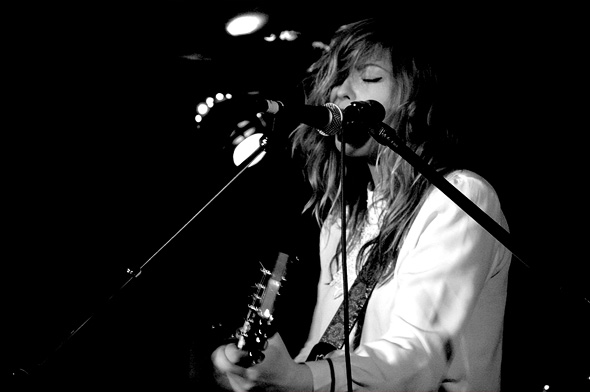 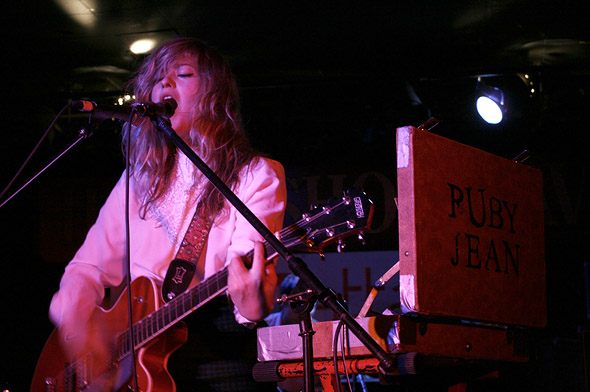 Unfortunately, I missed the first band, The Hundreds and Thousands. I've heard good things, so hopefully I'll get the chance to catch them soon! Second on the bill was Rebekah Higgs, my favourite "discovery" of all the new acts I saw during Canadian Music Week. She apologized for a raspy voice, as she's been touring with her side project, Ruby Jean and the Thoughtful Bees, but I heard no such flaw. Rebekah performed primarily with her guitar, a small synth I couldn't see, and two microphones (one for regular use, and one that recorded her voice for backups and echos). Her guest drummer also played the ukulele, and a small glockenspiel that amusingly kept sliding out of place. Rebekah played a great variety of lush pop songs, with a style that made me think vaguely of Kate Nash's single "Caroline's A Victim" (though, no offense to Kate, Rebekah was far more polished). I hope she returns soon. 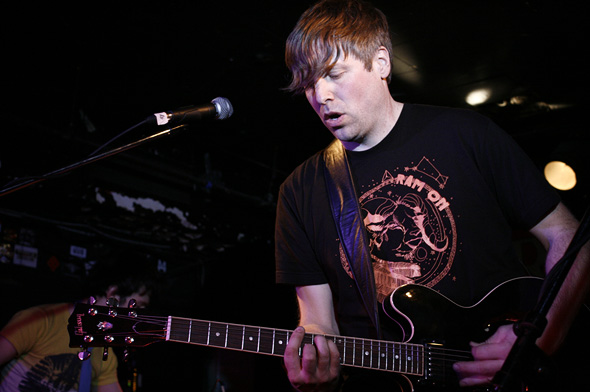 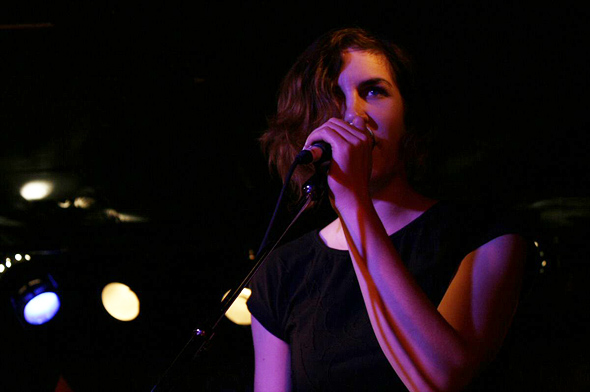 Band Number Three was Montreal's Young Galaxy. I'm not sure there's anything I can say that (a) hasn't been said before, or (b) could possibly do them justice. To be honest, they've always been one of those bands that I skip on my iPod, thinking, "Yes, I know they're good; I'll listen properly later." But they've also proven to be the kind of band that I like so much more after seeing them live. They started out with the popular track "Outside the City", and included covers of songs by The Stills ("Destroyer") and Elton John ("Firestarter", their rendition of which was beautiful). They ended their seemingly too-short set with a new song entitled "Long Live The Fallen World", which is available for download at their website. 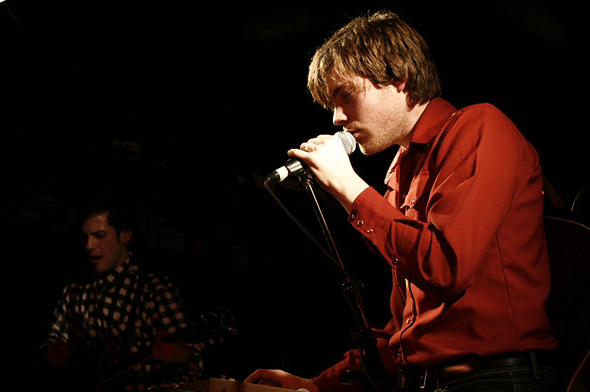 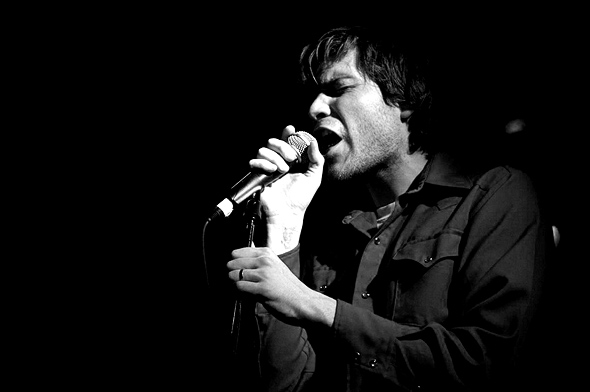 Finally, at an hour I can no longer recall, Two Hours Traffic hit the stage. Saturday night marked my eighth time seeing them perform, and I don't think I'll stop going as long as they keep playing. They started their set with "Stuck For The Summer", and the venue immediately filled with energy and bouncing bodies. The tempo sounded a little bit off at first, but after a song or two, the east coast quartet was back to being as fantastic as I remembered them. They played a great mix of old favourites from their Plaskett-produced "Little Jabs", and new songs from their upcoming album. Wrapping it up with the upbeat tracks "New Love" and "Nighthawks", Two Hours Traffic seemed to leave everyone wanting just a little bit more -- myself certainly included!