The Submarines Bring a Little Sunshine to TO

I swore I wouldn't use the word "cute" in this review. It's going to be hard, because Blake Hazard and John Dragonetti of the Submarines are absolutely adorable. They played a bright and breezy set at the Drake Underground this past Sunday night. 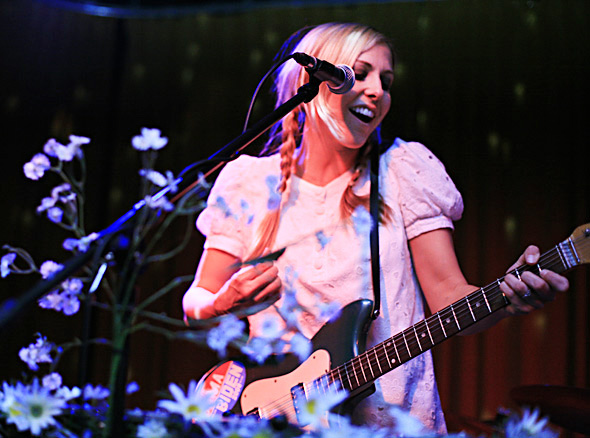 The two met and started performing together (and dating!) in Boston, and moved to Los Angeles in 2004. A breakup ensued, but they continued to record and collaborate, which lead to an album full of personal and relatable songs, called 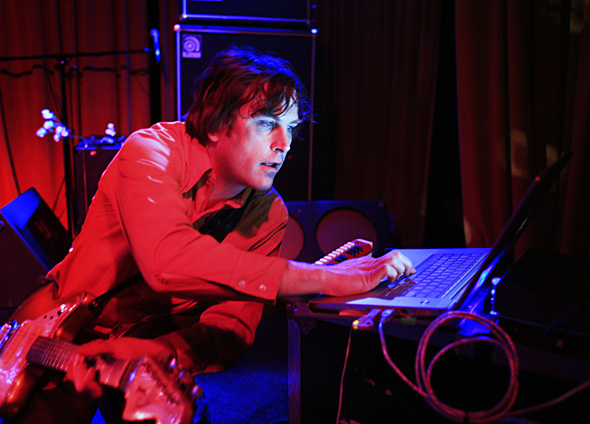 Declare a New State! (and eventually, they got married!). Their second full length release, Honeysuckle Weeks, has landed them a few key elements of success, including a track featured on the soundtrack to the film Nick and Norah's Infinite Playlist and another airing in ads for the new iPhone. 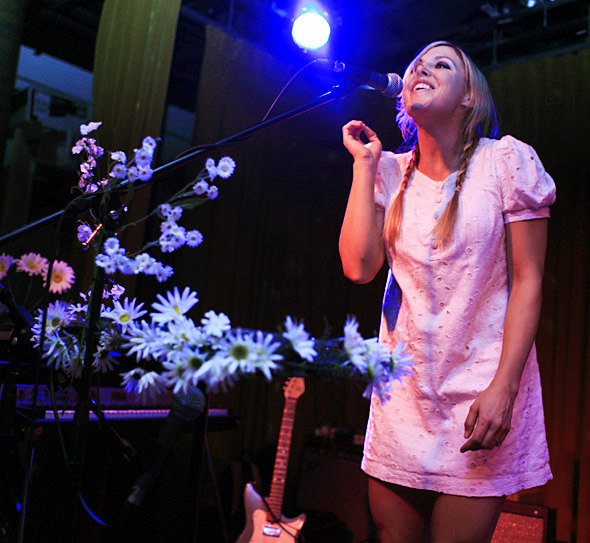 Drake Underground is a cool place to catch a show - its intimacy works well with the sunny, indie-pop sound of the Submarines. Blake has a gorgeous, lilting voice that pops through the instrumentation, and she's all smiles and cuteness giddiness on stage. John mans the prerecorded electronics necessary for such a small group.

The vocals really stood out as the highlight of the show; both Blake and John harmonize amazingly well together. Blake spent a lot of time interacting with the crowd, pointing out cute silly things about Toronto, like how friendly our squirrels are, and how polite the road signs are on the highway. And how awesome it is to have a Family Day, so you can stay up late and party on a Sunday night.

Drummer J Stare joins them on tour to help recreate their album sound, which they manage to do almost flawlessly. The result is a cohesive and entertaining live performance - one that helped sell out the Drake that night. 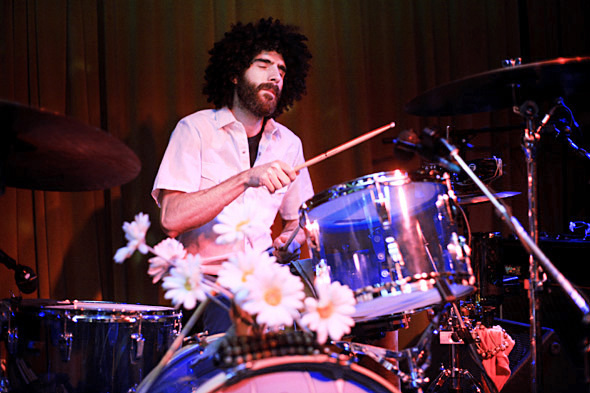 The Submarines head across Canada and the US over the next few weeks, co-headlining a tour with The Morning Benders.