My friends have been ranting and raving to me about Primary Colors for the past year. Apparently, they host some of the best parties in Toronto. Last night I decided to finally check out their event You So Big Muscle Strong J'Taime' at the Canadian Corps Legion Hall.

I managed to get there by 9:30PM, which might have been too early. Something that sounded a lot like Crystal Castles was drowning the room, except it wasn't them. Botox Corvette had already started their performance in the center of the room, with a group of about 12 people hovering around. It looked like a tribal bonfire celebration, except nobody was celebrating.

Toronto based Animal Monster demonstrated some of his big beats next. By then, the venue had gotten a bit busier. He got my foot tapping, but the place wasn't full enough for me to feel comfortable acting like the kook that good usually music brings out in me.

At 11PM the venue started to fill, and the stage got geared up for a performance 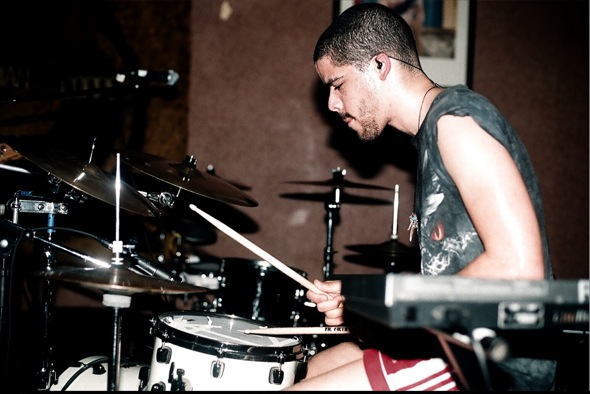 Baltimore natives Thrust Lab started their electro drum & bass act. I didn't know what to expect from the duo as they did their sound check, and I wasn't sure if undistorted bass and drums would be loud enough to enjoy, but with the help of a computer and backup tracks, they were the loudest thing I'd danced to thus far. Even though their music isn't something I haven't already heard, I finally felt intrigued to look at the stage. A decent sized group strut their moves in front of duo and alas, the party began. 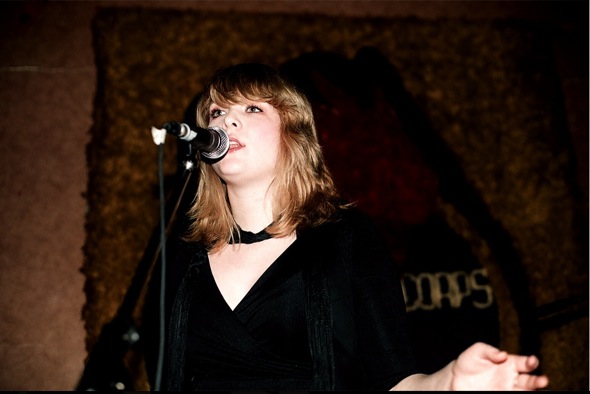 Parallels turn to shine in the spotlight. I saw these guys play their first show when they opened for Glass Candy back in November at Wrongbar. They set the bar high for themselves that night, and I'd been waiting to see them do a live set again.They managed to start a dance pit once again. Vocalist Holly Dodson really does remind me a little of 80s Madonna, and her clean soft voice fits extremely well with the band's space compositions. I was also excited to hear them play some new tracks that aren't on their Ultralight EP. It's about time these guys headlined their own show! Let's see if they win the crowd over at Sneaky Dee's on Febuary 6th.