I caught the Old Man Luedecke show at Hugh's Room on Wednesday night--that guy can play one mean friggin' banjo. Chris Luedecke, as he's otherwise known, travels Canada (and occasionally the UK) with his one man banjo act, playing songs with a fresh mix of folk and indie influences. This solo tour is in support of his newest album, Proof of Love.

Folk music can be a hard thing to get into--there's so much strictly traditional music to wade through before getting to the real good stuff--but Old Man Luedecke manages to find the right blend somehow. The crowd at Hugh's Room was a hipster/middle aged folkie mix, but everyone was stomping their feet to his tunes. 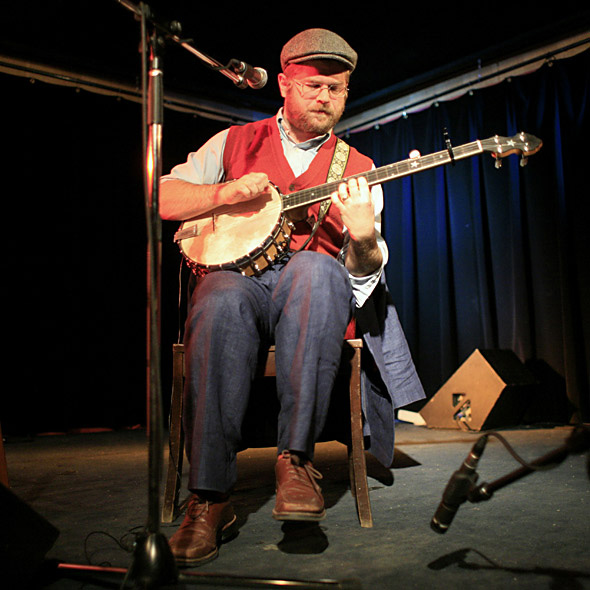 I can't even imagine what it takes to get up on stage alone and do what he does. Aside from accompaniments on some of his album tracks and a tour this past Fall as the Pan Canadian New Folk Ensemble with fellow musicians Christine Fellows and Kim Barlow, he usually performs completely solo on stage. He aims a microphone at his left foot to amplify his toe-tapping, but that's about it. Maybe that's what lends him his charm--the packed house went crazy for it, and they knew more of his lyrics than I do. (And I've had those tunes on repeat for weeks).

Be sure to check him out the next time he ends up in Toronto. 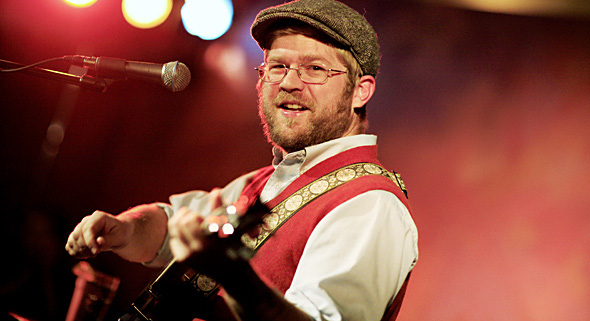