After standing in line on Queen for what seemed like hours, I finally found myself Inside Wrongbar. I was there to see Glass Candy. Known for their high energy performances, they never disappoint and tonight was no exception.

Night Jewel had already started their set. The usually dark room was heavily outfitted with red tinselesque streamers and white balloons hanging from the ceilings and flooding the stage. I pushed through a dense crowd which surrounded the duo as they performed their hearts out with various keyboards and sequence machines. I hadn't seen these guys live before, but based on their Myspace I wasn't convinced they'd win me over. 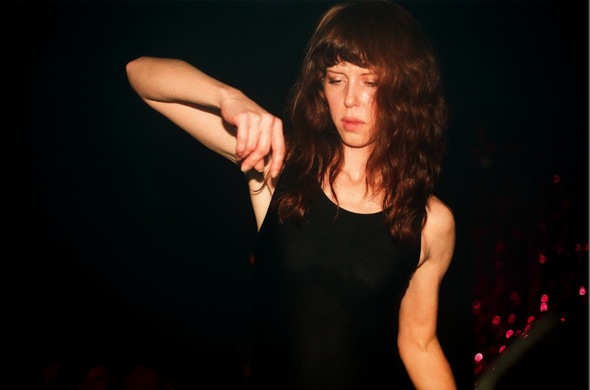 But win me over they did. Their live performance was way more engaging than their recorded material. I was impressed by their unconventional stage presence and their ability to fill such a large venue only using machines. They warmed the crowd up well for the dance riot that would later be started by Glass Candy. 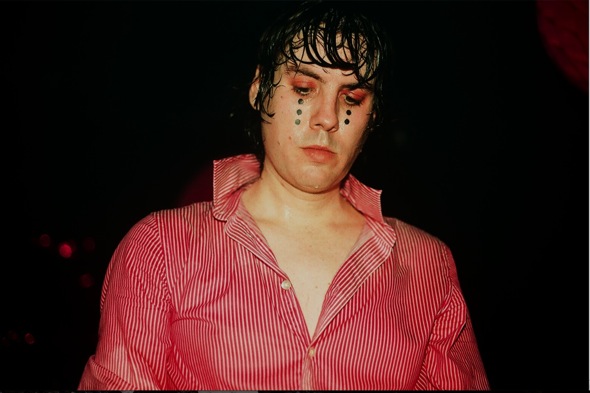 Johnny Jewel of Glass Candy began their set with a fog machine and bass trembles. I couldn't see a thing, and I'm pretty sure I heard a few people cough, but when Ida No appeared in the mist, everyone cheered in hopes for her soulful voice to amplify through the speakers.

Last time I saw these guys was when they came to Wrongbar in November. They played all my favourites from 'Candy Castles' to 'Life After Sundown.' They even played 'Animal Imagination' for the first time live and pulled it off despite its impromptu nature. 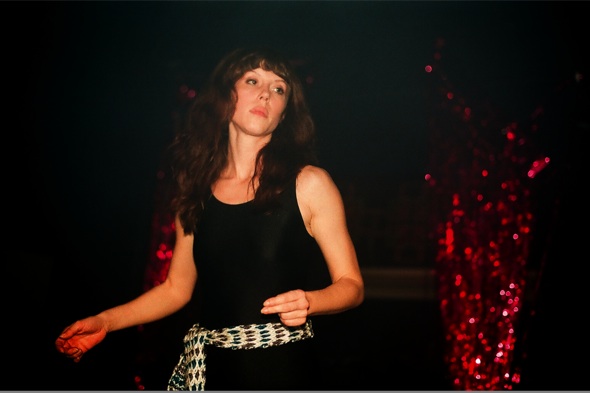 It was really uncomfortable to dance in the crowd, and at one point someone spilled water all over my camera. But even so, it ended up being a great night, and they've left me once again counting down for their return.