Yesterday was the first of many "Dapslove Presents: All Ages" at Rolly's Garage on Ossington. There are so many great things to say about this event, so to get to the point and make things a little more interesting, I've decided to make a list of them.

Big kudos and smart move to Dapslove. I noticed that they had a wide array of sound throughout the night which attracts the broadest audience. You're probably going to like at least one of the 5 bands that are chosen for the bill.

I'm a great supporter of early shows. The worst situation is having to look at your watch every time a band finishes a song. It has happened to me before and it really sucks. All Ages Vol. 1 began at 2PM and ended by 6PM. It was so relaxing to know that I could stay for the entire show and not be rushed or worried about the TTC ruining my night.

What else do you have to do on a Saturday afternoon? It leaves you the rest of the day, and can offer as a wake up call. 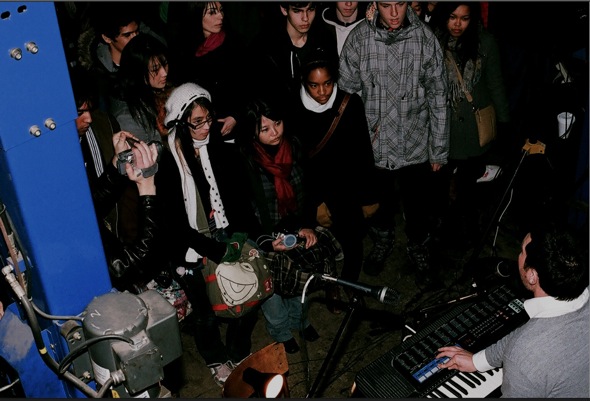 And these guys don't kid around when they say "doors @ 2." I got to the garage at 3:15PM assuming that one hour wouldn't make a difference, but I'd already missed the Bicycles and Tonka & Puma.

It was great to see each act play almost immediately after one another. Skeleton Me offered a great set. Their melodic, catchy hymns reminded me of 50s pop rock but with modern twists. Their cheerful songs warmed the entire garage up. Plus, I'm pretty much a sucker for 'ooohs' and 'ahs' in songs, so it was a personally enjoyable experience. Their myspace doesn't even justify how great they sound live. 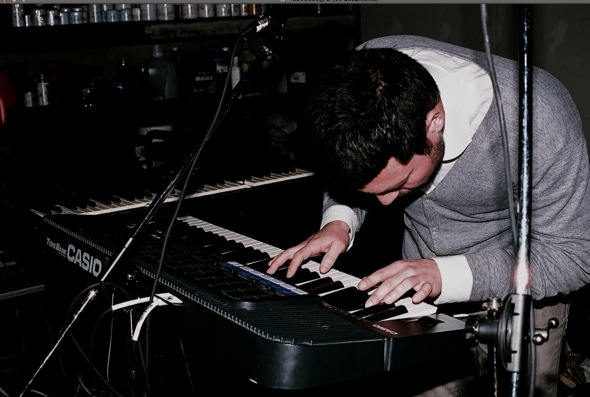 One-man-band Golden Girls walked to the stage immediately after Skeleton Me finished their set. After setting up his 3 synths and effects, the keyboards' 80s drum beat began. I'm not sure if playing after such a full band made Golden Girls feel comfortable. Matthew Vlahovich performed extremely well, and got some people dancing in the crowd, but at times I felt that a drummer was necessary to rescue his retro electric tunes, especially after such a full band. 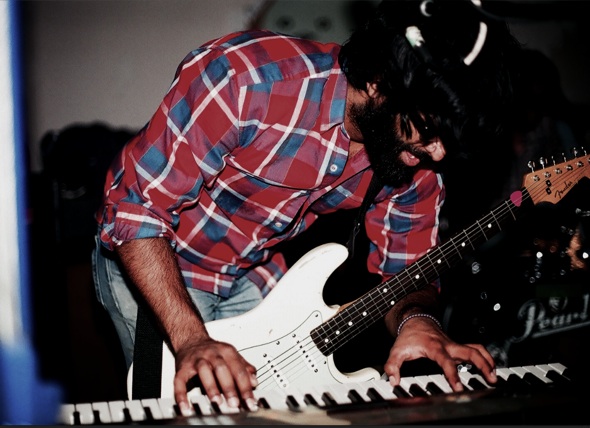 Indie rockers Oh No Forest Fires soon after began their power pop set and stole the show. Even though their genre isn't my favourite, they woke me up, and fed us all battling guitar solos and clap-along drum beats. Everyone waited the entire afternoon to see them, and front man Rajiv Thavanathan's stage presence made their performance even better. It was also pretty cool to see most of the other bands stay for the final set of the evening.

Need I say more? What other place offers $1 Pizza? Seriously...this just fascinated me.

This is the number one best thing about Dapslove for a number of reasons. Without alcohol in the room, you don't have to deal with drunks breathing on you or falling onto the stage. It has happened to us all, don't deny it. And if it hasn't happened to you, its because you were the drunk.

I also believe that sober people are more polite, they're there for the right reasons, and are able to appreciate the music for what it actually is. I guess in a sense the performers need to be extra tight since everyone will remember what they sound like the next day.

I spoke with one of the organizers of the event at the end of the show, and she told me that they're hoping to make this an "every-other-month" deal. With the success they had yesterday afternoon, I can't wait to see what these guys have to offer in the future.