You don't hear too many country songs about Toronto.

Simone Fornow is the lead singer and lyricist for local sensation '$100'. She writes ballads about cabbies, factory workers and early morning subway rides. A former social activist, she knows a few things about forgotten people in the city.

Simone was born and raised in the west end of Toronto, near Runnymede and Bloor. In between piano lessons as a child she used to catch films at the 'Runnymede', a local single-screen movie palace. Gentrification crept up on the community and the theatre wasn't long for this world.

"I remember seeing 'Message in a Bottle' at the Runnymede, the final film they played before it turned into a Chapters. They used this whole angle of 'literacy and books' to sell the community on the idea; what we actually got was a corporate bookstore with a Starbucks in it."

A passion for community building continued through High School and into her twenties; she became an activist for the Ontario Coalition Against Poverty. Music was a hobby she continued on the side until she started to notice a change in her vocal abilities.

"I think there's this thing that nobody talks about called 'Puberty Two'. 'Puberty Two' happens around twenty-two or twenty-three, about ten years after 'Puberty One' begins. It sees a change in your body but also in your voice; I think for men it might be a bit later. For women it's like 'what's happening to my body?' My voice suddenly got strong; I'd be singing songs I've always sung but I'd be singing them a lot better. "

She started holding jam sessions with Ian Russell (of 'Jon Rae and the River'), trying out newly written material with him. They started a group; her hard scrabble ballads, unique vocal style and engaging stage presence were an instant hit with local audiences. They released a stellar full-length album, 'Forest of Tears', earlier this year.

"I think something that we try to stay away from in $100 is pretending to be something we're not. We're not from the country, we don't have horses, and we don't sing about that. There's this weird country kitsch revival going on, and for me that takes away...well, it's cool, it's fantasy...but there's also a seriousness to country music."

$100 held a seven-inch release party at the Silver Dollar this past Friday. It's part of a national project they're heading up; the band is releasing exclusive seven-inch singles tailored to different regions across the country. For instance they're going to release a song about Fort McMurray, 'Black Gold', in Alberta.

Creating community based, handmade music is just one way Simone's social principles have crossed into her music career. She mentioned a popular Queen St. venue as an example of gross gentrification; a place that was purchased and renovated by corporate interests a couple years back. A place that the surrounding community can't afford to patronize anymore.

"You just don't play at venues that are gentrifying neighbourhoods, you don't make them cool I think. That's the only way to do it...I just get frustrated because there are lots of great young artists with a pretty good analysis of what's going on, and then they just refuse to stop supporting (those venues). They're like 'we can make it better' and it's like 'how are you going to make it better?' You're going to put up your photos?" 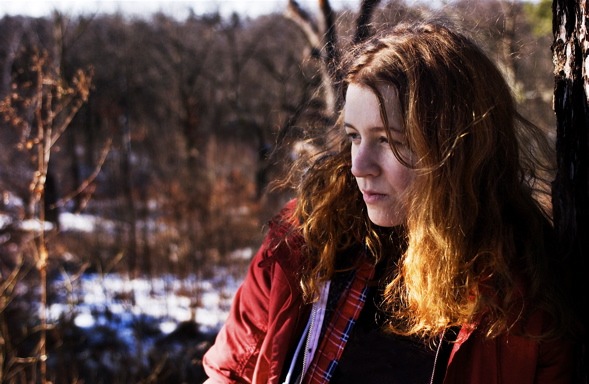