One of my favourite electronic acts, The Crystal Method, completely tore up The Social this past Thursday night, much to the delight of 350 fans crowded into this supremely intimate show.

With a spot right up front at the DJ booth, not only did I get to see the duo work their magic on the mixing board, but also got to party alongside some of the most amazing big beat techno DJs to ever grace Toronto's decks. 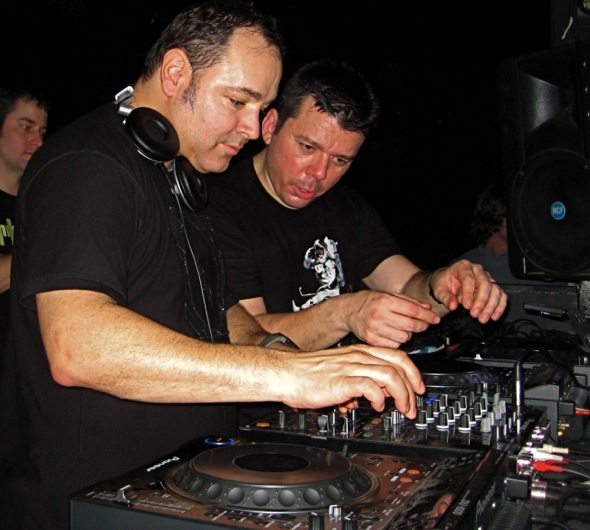 Everyone was definitely in the party mood for Crystal Method's performance - especially the DJs themselves. What was first advertised as a DJ set turned into a 50/50 mix of rapid, live tweaking and longer track playouts... some of which came from the upcoming Crystal Method album, due out next spring. 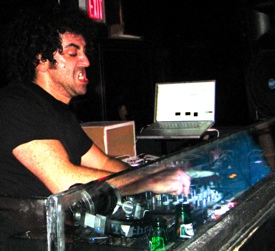 The Crystal Method's Scott Kirkland and Ken Jordan party just as hard as their soul shaking beats - pausing to sign an autograph (I saw boob, I'm sure) or snap a photos of those of us dancing on the floor. Though totally wild at times and with a drink in their hands much of the night, their set was practically flawless. Lots of great tracks were mixed in, like a few old Daft Punk and of course Get Busy Child samples. Apparently a lot of tracks featured come from the DJ duo Evil 9 - who hit The Social on January 29th.

The thing I like best about this venue - assuming they keep the music in the DJ booth, and not out on a stage like the Crystal Castles show - is that it's small but surprisingly comfortable. I showed up at midnight, and had no trouble getting to the bar and the booth in time to hear Jelo hit the decks.

Standing close enough to The Crystal Method to see them at work is something very few venues in Toronto can offer, and the guys loved the intimacy of the crowd. Scott held up his iPhone to texted out 'Fuck Yeah Toronto' and 'Oh My God', and Ken toasted us numerous times from the booth, and everyone went strong until almost 3am... totally worth the ticket!

The Social is fast becoming one of my favourite electro venues... and I hope The Crystal Method remembers how amazing this party was when they plan their next tour.