Ah, the East coast of Canada. Producing some of the best talent that this country has ever seen. But as much as I would like to, I'm not going to keep talking about Rita MacNeil.

Hailing from St. John's, Newfoundland, Hey Rosetta! is just beginning to make their mark on the rest of the country. After finishing up a few dates with Two Hours Traffic, and a couple with the Stars, they are now opening for Hawksley Workman until they head to Australia.

But it was in the down under of the Horseshoe Tavern, that I sat down with Tim Baker (vocals, guitar, piano) to talk about everything that I wanted to talk about. 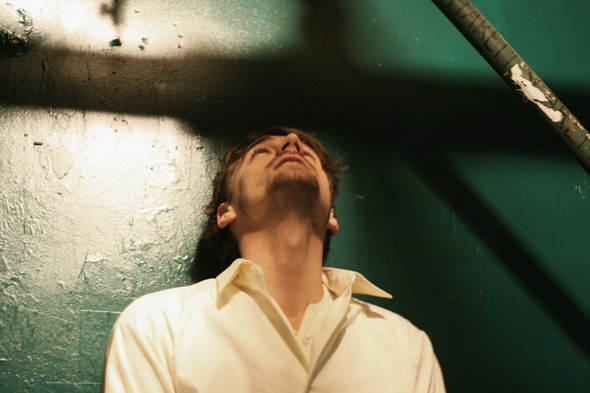 The touring has been to promote Hey Rosetta's latest album, Into Your Lungs (and Around in Your Heart and on Through Your Blood), which was produced by Hawksley Workman. I asked how Tim and the band had connected with him.

"We wanted someone to produce our album, we just thought that he would be a good choice. So, we had our manager e-mail him out of the blue. He was totally into it; he was actually excited about it; it was kind of surreal. We got together for two weeks and made a record."

Personally, I think that Baker sounds like Hawksley. I don't think Hey Rosetta! does, but there is certainly something eerily similar to Workman's vocals.

"Occasionally yeah I get that. It was in one review. It was funny, because it was like, very very very shortly after we decided to actually work together. It was kind of odd. And we hadn't told anyone we were going to work with him yet. Yeah, it was weird."

Naturally, they would be a good fit to tour together and it would be an asset to the band to have Hawksley's audience exposed to Hey Rosetta!

"Yeah we're stoked to play for his crowds and to be playing theatres and stuff. Normally we're used to playing shitty pubs, so it'll be nice for us. These are big, big venues we're playing with Hawksley."

One of those "big, big venues" is Massey Hall, on November 28th.

This tour is giving Hey Rosetta! their biggest exposure ever. Playing across the border for the first time, they hit New York City for a show and will venture as far as Australia. But, on the road since June, they are not scheduled to halt until mid-January. Already contemplating the next album, Baker is beginning to feel the full weight of the tour.

"I'm thinking about it [the new album] now, but we're just touring a lot. I haven't had anytime to write very much at all. That's kind of getting me down. It's the first time in my life where I haven't had any time alone to actually write or even think. I'm going a bit nuts. I mean it's fun and we have a great crew, shows are awesome, sold out half the time -which is fucking great- but I would like to be writing very much. I don't know... it's tough right now."

As he sounded exhausted, and on was clearly the verge of a cold, I did what my mom would have done and told him to take it easy.

"I'm pretty much demanding February to be clean. Maybe even to do some pre-production recording. But I want my two weeks."

Yeah, I want my two weeks too.