After a successful world tour (Yazoo: Reconnected) that saw her reunited with her old bandmate Vince Clarke of Erasure, I was hoping for a more electric show. Instead we were treated to a handful of hits from her Yaz days (Don't Go, Situation, Only You) interspersed among some lesser-known songs from her solo career, accompanied by a five-piece band.

The crowd was made up of nostalgic couples in their late thirties and forties, most of them men. Not too unlike the Blondie show earlier this year. It was great to see the enthusiastic crowd cheer her on, even though they were sparse in number. The venue could have easily held 1,500 but the show was less than half sold.

I didn't know whether to cringe or laugh when a particularly enthusiastic guy in the front row stood up after each song and hollered in approval, only to sit down again with the rest of the audience until the end of the next song. And so on. The entire show. It's nostalgic acts like this that bring out the giddy fanboy in all of us. 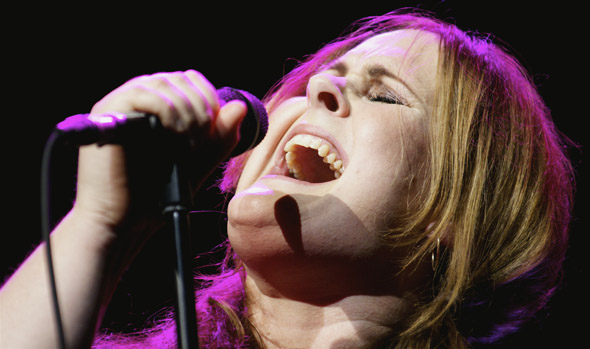 Moyet was in fine form, smiling throughout the show. Her soulful voice and vocal range still impressive over 25 years after she first hit the pop charts. I was disappointed not to hear Nobody's Diary, and when one of her fans shouted out a request late in the show for Invisible, she refused to do it now as she said it didn't work for her, singing it now at almost 50 years old.

She ended the show with Don't Go, reworked with acoustic piano and violin instead of the catchy synths that helped make the song famous. Ending the evening with Don't Go seemed apt, as I'm sure echoed the sentiments of the fans. Hopefully, it won't take another 14 years before she comes back to Toronto.

Opening act Brendan James warmed up the crowd, which I was hoping would at least fill half of the large venue.

The Queen Elizabeth Theatre is a fair-sized venue on the CNE grounds at 210 Princes Boulevard, nestled between BMO Field and the Press Building. Expect more acts to come to this theatre, which is actually 50 years old. Its high ceiling and soft seats provide an ideal concert venue for midsized acts.

Henry Rollins is scheduled to appear there October 27, where he will celebrate the end of the Bush era, bringing his election time talking Recountdown Tour to Toronto.