The energy of the room had a marked spike when Virgin Music founder Sir Richard Branson made a surprise appearance to help welcome the media prior to the Virgin Music Festival today.

"This is our third time holding a festival in Canada," said Branson. "The good thing about getting in for the third year is that we can now compete for some of the best bands in the world."

Branson admitted that some of his favourite bands were on the bill at this weekend's festival, including The Stereophonics and Paul Weller, both playing on tomorrow's stages.

After the brief media frenzy, he strolled out for a meet and greet with the festival fans awaiting to get on the ferry to the island. He appeared genuine and just oozed charisma. Good on him for mingling with the little guys. 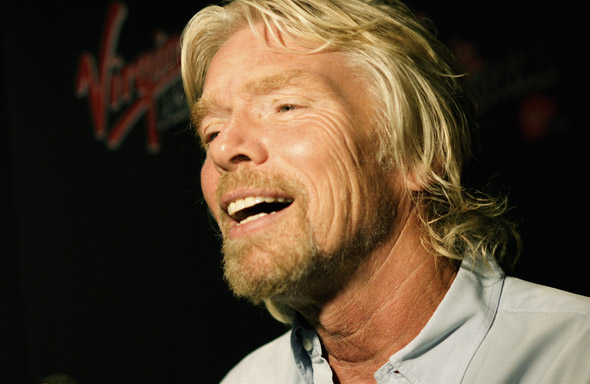 "Brits are mad for festivals," said Nathan Rosenberg, Virgin chief marketing officer for Virgin Canada, prior to Bronson's entrance. "We want to bring you the true festival experience. We're expecting 40,000 people this weekend (20,000 each day)."

There will be 20 bands at the autograph-signing tent. No word yet if Bronson will make a cameo there too.

blogTO will keep you updated throughout the weekend, giving you an inside look at the bands, the booths and the festival shenanigans all weekend long.

If you're still getting ready to come to the festival, make sure you bring earplugs, sunscreen and comfortable shoes. It's gonna be a long day.