No Love for The Glimmers in TO

Last night I went to Wrongbar to check out The Glimmers who I wrote about a couple days ago.

Got there around 11pm to surprisingly find the bar literally empty. So my friends and I decided to go down the street to the Rhino for a couple of drinks till things picked up.

An hour later we came back to find the place with maybe 20 people tops, and as the night progressed, only a few more people showed up.

Dopplehertz were DJing a good set, although maybe a bit too many hard tracks given the situation at the bar. Then, The Glimmers took control of the decks, and I started feeling uncomfortable by the thought of them staring at the empty dancefloor.

Now, The Glimmers are not just any DJs. They are the kind that would fill up with no problem something like FABRIC in London. So I couldn't really understand the situation.

I've always found Toronto to be very unpredictable when it comes to shows. Sometimes you go out thinking it's going to be sold out and then the place is half empty. Other times you go to some venue, all relaxed with the idea that no one cares about that band, and it has already reached capacity. And other times, well, just any change in weather and it's all over.

Just last Saturday, also at Wrongbar, I went to see Headman and Pink Skull, both great and respected, with a similar situation going on (read review here).

So I'm trying to figure out what's up? Are there too many things going on in Toronto now for the amount of people that would go to these things? Is the scene changing into something new? Do people care about the music or is it all about the party these days?

What really amazed me about the night was to see how good The Glimmers are as DJs.
Of the 20-30 people in the bar, I think 80% were dancing.

The Glimmers played one of their famous eclectic mixes and everyone was loving it which means they know how to read the crowd well. On top of that, they were mixing so smooth and flawless, that I really came to admire their skill.

Getting close to the end of the night I approached David Fourgaert , one of the guys, and apologized on behalf of Toronto. Without a care in the world he just gave me a smile and said "Tonight is tonight and tomorrow will be another night" and went back to playing with the same attitude as if it was the biggest festival. 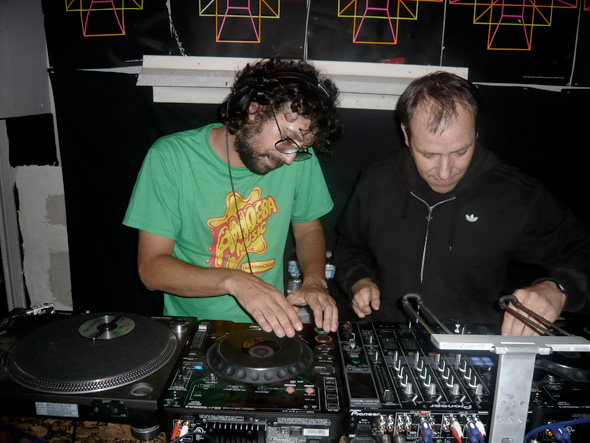 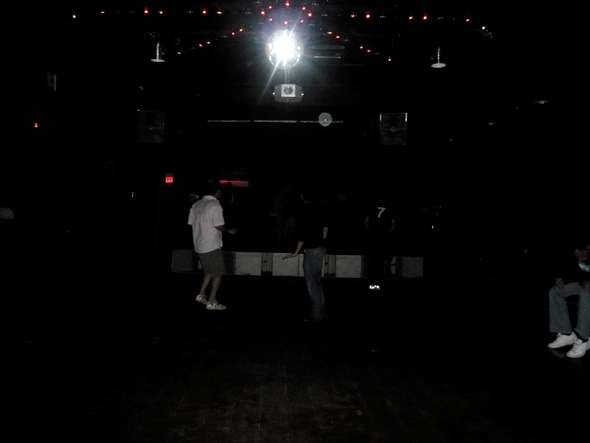