Low Level Flight headlined the Queen West Art Crawl entertainment stage at the Green P parking lot in Parkdale last night as it rained most of the evening. The band rocked out anyway, with lead singer Ryan Malcolm leading his band in spirited versions of songs from their Urgency CD.

The rain didn't deter a handful of locals who gathered under the temporary covering provided by the Parkdale Liberty Economic Development Corporation. It's a shame the numbers were so small.

Aside from a few passersby who stopped to check out what all the racket was about, there were very few in attendance. For quite some time, a sole fan sat upon a fold-up chair right in front of the stage, braving the rain in not much more than a hoodie. 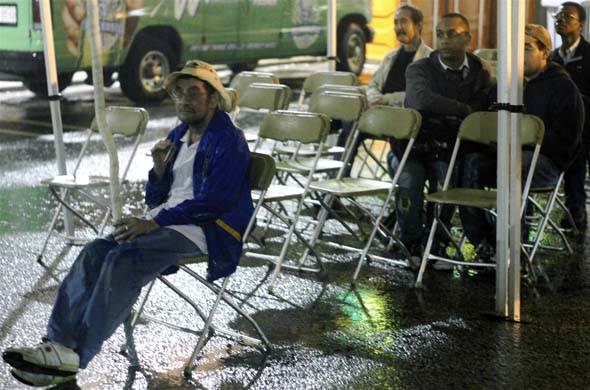 Kudos to the band for sticking it out and playing for their die-hard fans and new believers. 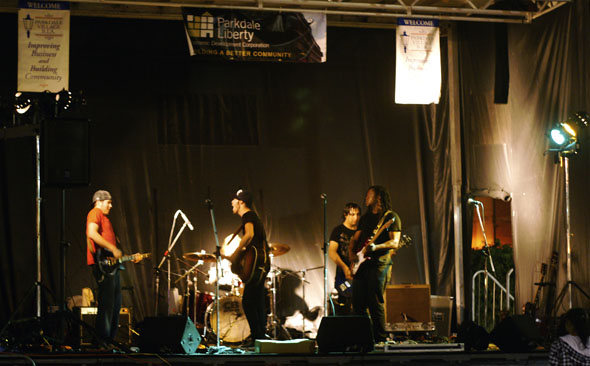 A little further back from the stage there was an art installation called Bar Container, a plain trailer on the outside but a hopping bar (pictured below) on the inside. 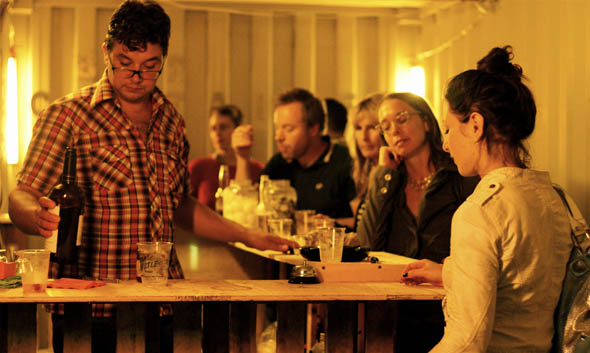 The brainchild of Dean Baldwin & Friends, this iteration of the Bar Container was a bright spot in the otherwise dull parking lot. Originally conceived in 2004, Bar Container was a 20-foot sea container converted into a jam-packed bar in Munich used to unite foreigners for one night. 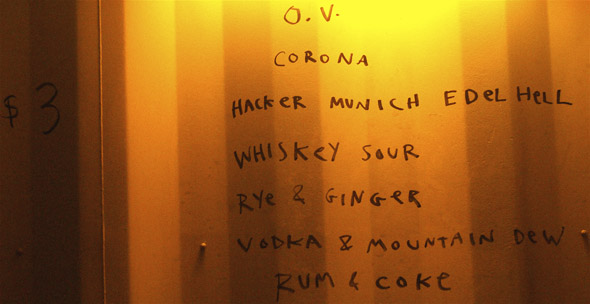 The bright yellow lighting was rather hard on the eyes, but the prices of the somewhat unusual drinks were easy on the pocket.

The bar is closed the rest of the day today, but if you pass by, the installation is still open for viewing. I guess you could still BYOB if you want to party it up in there.