This Saturday September 6th and Sunday September 7th Branson's Virgin Festival will roll back into Toronto, bringing promises of an even bigger, better show than the last two years. Having enjoyed substantial success, this year's Vfest features headliners Oasis and Foo Fighters capping off each of the festival's two jam-packed days.

I'm a huge fan of Vfest, if only because it is (hands down) one of the best-run concert events I've attended. I'm even more interested in the 'side' bands rounding out the festival, and blogTO will be bringing you lots of Vfest coverage of all the talent coming to town. If you're coming along for the ride, check out some of my recommendations and band links here.

This year, along with big names such as Oasis, Foo Fighters, Sterophonics, Siversun Pickups and Bloc Party, Vfest brings 4 stages of music - including the BLive DJ tent - to Toronto.

Each day doors open at 1pm - the ferry schedule starts running much earlier and you'll want to leave lots of extra time to get to the Island. The sets start at 2pm and run from 35-110 minutes, getting longer as each day goes on; however the BLive tent gives DJs at least an hour each! 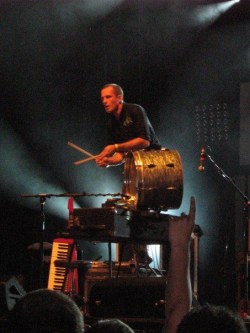 On the other two side stages on Saturday, you can catch The Fratellis doing a second set at 8:45pm, as well as Saint Alvia Cartel, Lights, The Waking Eyes and more. 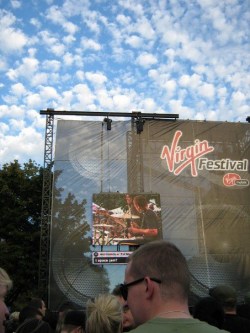 Side stages on Sunday feature both Yoav and Stereophonics repeat performances, as well as OPOPO, Arkells, The Secret Broadcast (who also play the afterparty) and more.

We're getting geared up, and will be bringing you lots of Vfest coverage, including both the rock stages and the BLive DJ tent. As long as the rain holds up and we don't end up swimming in Wakestock soup, this should be yet another amazing Virgin Festival - light on the virgins, heavy on the fest!