Modele Behaviour: The Business of Bands

Toronto locals Modele are bringing their moody electro-rock music out in the open this Saturday with the CD release of their new, self-titled album. Along with a show at The Social alongside Metronomy, they played last night at The Drake with Glass, and will also play Tuesday in New York. All thanks to Modele's savvy sense of self-management.

Modele consists of Chris, Brittney and Izy. All three are dedicated musicians, with years of experience both in playing and making music (Izy since he was 5 years old!) but also in band management. All three also have other jobs to help support the financial demands of their music, and are otherwise dedicated fulltime to Modele.

Brittney, who is a graphic designer, does all the band's art as well as most of the management. While she admits tools like myspace and facebook are invaluable, there's more to Modele's success than their online fan base. "It's about networking, and you have to keep working hard at it. Sometimes getting your music in front of the right people works, but sometimes you have to take a risk and ask those people to take risk on you." Brittany also designs the flyers for all the Dopplehertz parties, and the promoter (especially Matt) has been a big help in getting Modele live exposure. Since hearing first hearing them, Dopplehertz has gotten the band some excellent exposure which led to the NYC gig this Tuesday.

Although they all work hard at marketing their music, Chris (who writes all the music and lyrics for Modele) believes they are still very focused on the quality of the songs they put out. The trio travelled all the way to Iceland to first begin recording; not because it was a savvy business move, but because they love Bjork and the production company Greenhouse Studios. Chris admits it was a bit of a whim, but one that has paid off in the quality of the music. The band has since refined their process, and from the experience learned to layer their tracks into the rich and consistent quality of depth heard on the album. Their self-titled CD release exemplifies what these musicians have been working towards, and they are now ready to put it all on the line. 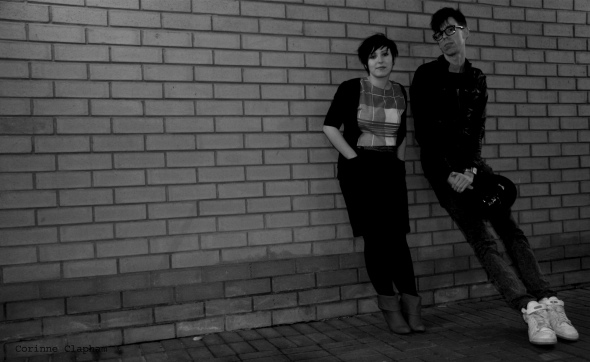 Modele's new CD was produced by Toronto local J.S. Roy, with several tracks produced in the UK by Kindle (aka Oliver Blair). After so much hard work, Modele is excited to host their CD release party tonight at Neutral in Kensington Market, and hopes to see all their Toronto fans come out (especially those who were at the problematic Metronomy show). Doors @ 10pm.