If you're a hardcore Coldplay fan, then the only place you were to be found last night was among thousands of people sharing the same passion at the ACC. Coldplay brought their worldwide tour to T.O. last night and did not disappoint. Pounding out new hits like Violet Hill and Viva la Vida (When I Ruled the World) and tapping into our not too distant nostalgia with Clocks and The Scientist, the boys fed off the crowd's energy as we fed off theirs.

The crowd felt the band's passion through their instrumental technique and Martin's vocal integrity and it even appeared as though he began convulsing while entering the climax of the songs. But that's ok - it only added to the zeal of the performance. Suspended in the air were giant spheres, perhaps an ode to unify the world and bring together different sections of the ACC. 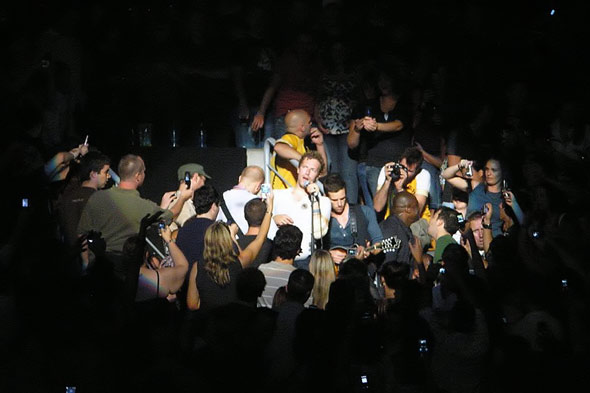 To commemorate his last day before entering his thirties, drummer Will gave a folksy serenade that brought the boys all the way to the back of the stadium in order to reach those with less fortunate seating (another reason why we love them - they care). And this was not only felt in their unifying concert. They had a "green" charity asking concert goers to join their environmental mission. Coldplay are infamous for supporting Oxfam and donating 10% of profits to charitable causes.

And, when we thought they disappeared into the darkness, the guys reappeared with an encore of melodious folklore and Martin even admitted they didn't rehearse, adding to the spirit of a true encore. Oh Chris, if you hadn't told us, we would have never known. 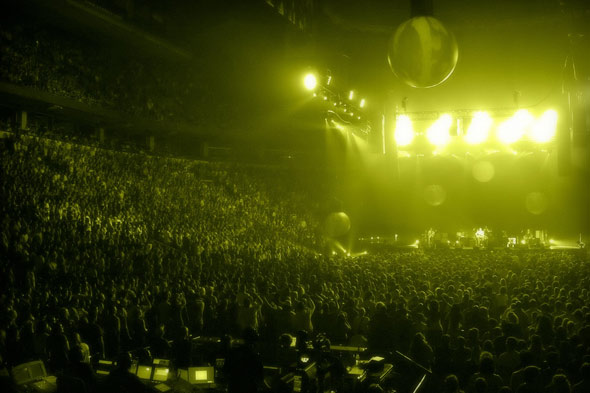