Featuring: Grace Emilys, Mistress, Dance Yourself to Death, Grand Analog, Foxfire, Run with the Kittens, This is Radio Freedom and The Worst Pop Band Ever.

I kicked off Saturday night in Kensington (I really hate driver-side parallel parking, by the way) so I could check out one of the festival's few representatives from the land of haggis. Good thing I did, too, because Dundee's Grace Emilys came a long way to play a great set to a relatively sparse crowd (much like the first Toronto show by The Police), and years from now I'll have the photographs to prove that I was there (assuming of course they catch on the way that other band did).

The cool thing about Grace Emilys is that the three guys out front switch up the lead vocal duties, often mid-song. They delivered some nice, tight and concise songs, including one of my new personal faves, "Falling Up the Stairs" (B-side of their debut single) - nice choice for a set closer. 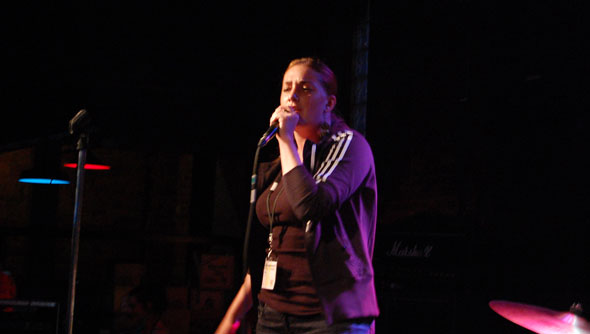 After chatting up Neal Monaghan from Grace Emilys for a bit I zipped on down to The Big Bop. I poked my head in at Reverb and checked out Boston's Mistress, droppin' dope rhymes from her brand new album Second Amendment Marsha Mathers style. She was cool, especially since it's hard to work such a large room all by yourself, but I snuck up to Holy Joe's to see what I might be missing out on only to find the tiny room packed to the rafters. 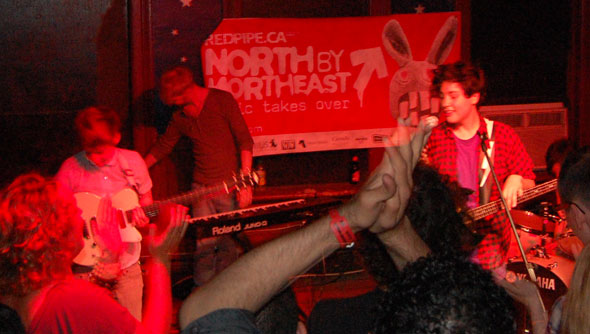 Local faves Dance Yourself to Death were halfway through their last song, and the crowd was just loving it. They sounded great, too. I really have to make time for them in the future, because all signs pointed to me missing a really great set. Oh well, can't be everywhere at once, I guess. 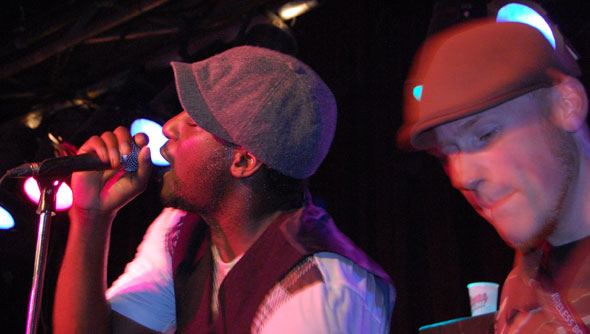 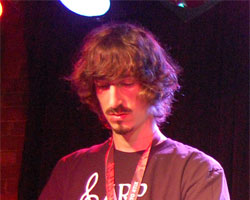 Back down at Reverb, Grand Analog kicked grand butt. Odario Williams was in constant motion, dropping rhymes and spreading joy like nobody's business. But I'm not going to say much else about them for now because I'm running a feature on them next week.

All I have to say for now is that they are a true force of goodness in the world.

Best part of the show was when Williams introduced DJ Catalyst as Frank Zappa. 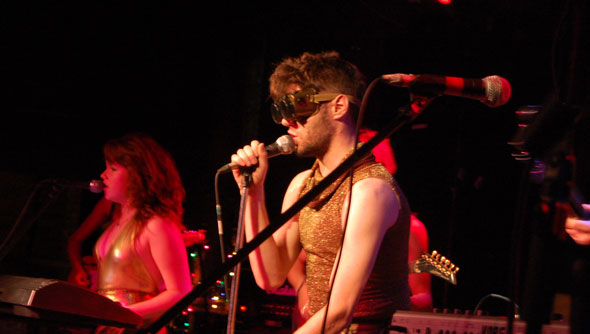 Foxfire took the stage next, wearing more gold lamĂŠ at one time than Elvis did in his entire lifetime. No offense, though, I suffered through disco enough the first time, I didn't much relish the idea of sitting through it again, no matter how much irony it comes with this time around. 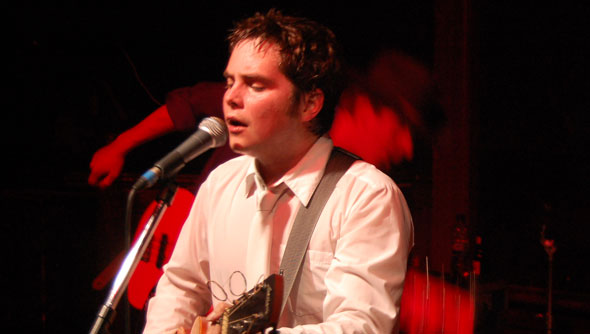 Back upstairs, I came across Run with the Kittens, who are a my pick for the festival's best kept local secret. Four talented musician's with an incredibly dynamic range and a very intense, weird sense of humour, frontman Nate Milk has a commanding, electrifying stage presence, and it's almost impossible to get a clear picture of him due to the constant belly laughter he inspires.

Chatting with their bass player afterwards, I found out that a good chunk of what they do is improvised, and everyone's constantly trying to mess each other up.

RWTK have a regular night every Tuesday at Cameron House (408 Queen W.) through the end of August. I don't use these words lightly, so listen up citizens of Toronto: if you pass up the opportunity to witness this genius spectacle you're making a huge mistake, one that could haunt your until the end of your days. Don't say I didn't warn you. 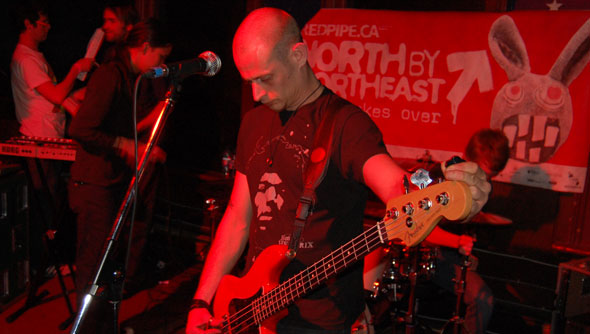 This is Radio Freedom (from the UK) wanted to do the whole TO experience while here, so they sent an invite to the mayor, who replied that he was unable to attend as he was out of town this weekend (Mayor Miller, bad timing - I can't believe you missed out on all of this). I wanted to check them out to see if they could translate such audacity to the stage, but their setup ran a little long and I had a commitment down the street at the same time, so I ducked out before hearing one note. Sorry guys.

Their playing the Elmo tonight if anyone's still up for more (not me, though, I'm frickin' knackered). 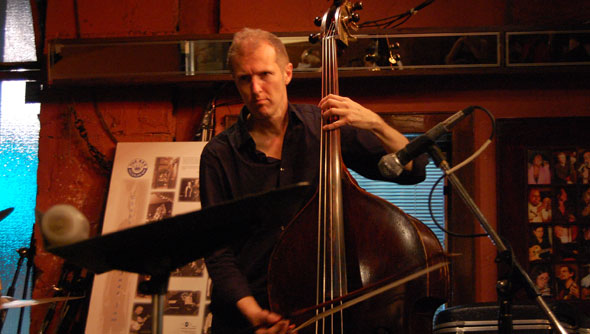 I decided to end off my whole NXNE experience looking forward to the next huge music festival to hit town, so I hit The Rex to check out Worst Pop Band Ever, who sounded great even though their sax guy was a sub and their turntablist was unable to make it. WPBE write original pop-inspired tunes and then go to town on the jazz improv, creating a straight line between modal masterpieces like Kind of Blue and Maiden Voyage with more modern touchstones like In Rainbows and The Low End Theory. Hence the name, I guess.

They likely wouldn't be received well in the bigger rock clubs, but putting them in The Rex (where they play regularly already) was a very good fit, and really helped me get excited about the Toronto Jazz Festival, which kicks off later this week.