I haven't seen rain like that in ages. I needed a paddle to get across Dundas. Luckily, the Dakota (249 Ossington) has Maudite on tap, which made me much happier (definitely calmed my nerves), although I was a little sad I had no designated driver (damn responsibilities).

Fortunately, punk rock elder statesman Hugh Cornwell was in the house with his acoustic guitar. Whipping though a short set of newer solo material mixed with Stranglers gems, his longtime loyal fans were treated to tunes going all the way back to 1977's Rattus Norvegicus. The crowd did a commendable job singing along to "Hanging Around," and I was saved the bother of having to shout out a request when he graced us all with "Golden Brown." 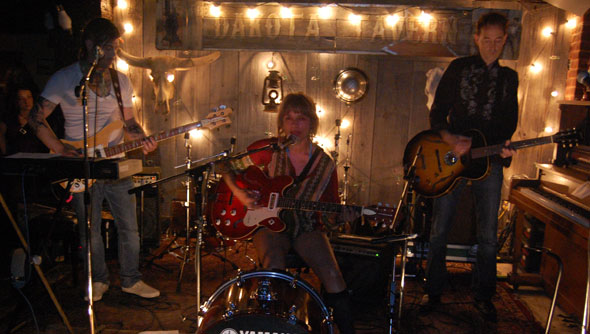 Priya Thomas delivered a decidedly more laid back set. Perhaps not quite as laid back as early Cowboy Junkies, but pretty damn close. The audience didn't seem to have much patience for it (their murmur constantly threatened to drown out the band, whereas Cornwell had been quite effective at literally ordering people to shut up and listen).

For two songs she was joined by Lindy Vopnfjord from Major Maker (you know, they do that "I'm a roller coaster spinnin' 'round" song in the Maynard's commercial with the spontaneously cloning chick in it). My biggest regret is that the bass player doubled on musical saw but didn't get a chance to use it. Guess I still have to wait to see one played live. 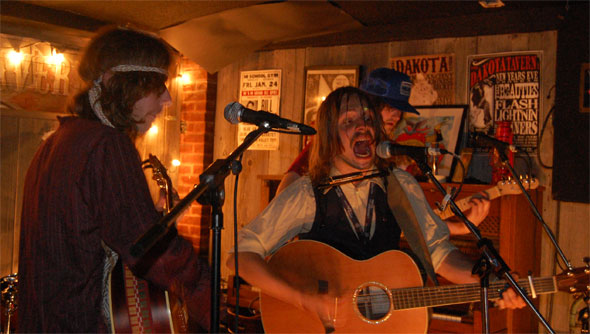 The Travelling Band from Manchester started out nice and laid back, just as I expected; gentle acoustic guitars, brushes on the drums, and gorgeous harmonies from the sextet's four singers. What I didn't expect was the gradual build in intensity that ended in a full blown rock show in the end. I've seen a million mellow bands try to "turn it on" for the last number and end up sounding incredibly insincere (if not disastrous), but these Brits delivered.

Chatting with the band afterwards, I discovered they'd been working like mad to get more shows in town before their visas expire and they have to fly back home, which has resulted in not one but two gigs on Sunday. Details to follow (give the lads a chance to rest before they have to respond to my email).

* Update *
This just in: The Travelling Band will be playing Sunday at the Gladstone Melody Bar (1214 Queen W.) at 8:30 and the at Cadillac Lounge (just up the street at 1296 Queen W) at 11. Catch them if you can. No telling when you'll get another chance.