Swervedriver fans packed into a sweaty Lee's Palace Friday night for their NXNE performance while thunderstorms raged outside.

It's just after midnight and I'm in the safe haven of Lee's as Montreal's The Besnard Lakes hit the stage. I can feel the sweat dripping down the back of my legs even though I'm just standing still, trying to take in the band. The place is that packed.

In the heat and the stench of beer-drenched, sweaty fans I get a whiff of something worse and look behind me. Some douchebag has lit up a cigarette. 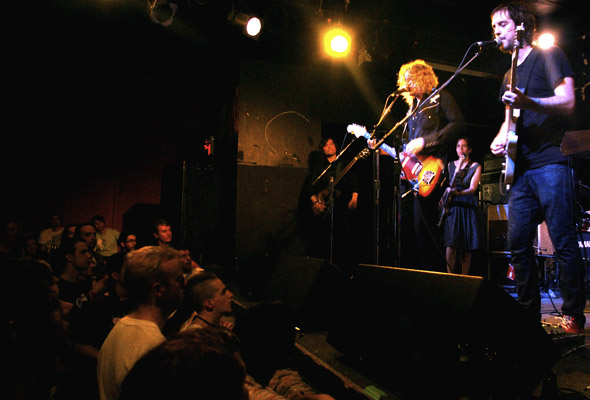 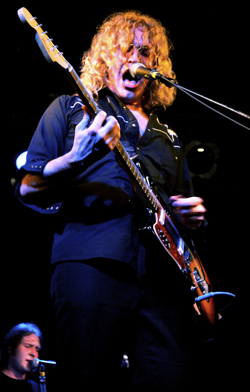 I can hardly believe it. I know it's raining, but do ya have to wreck it for everyone within a 10-person radius by indulging your nicotine habit?

Instead of playing Cigarette Police myself, I alert one of the doormen as I head outside for some fresh air and he asks me "Who's hand do I have to burn now?"

But it's futile, as he's already extinguished his smoke by the time I go back inside. So I focus my attention back on stage, where the band is sweating it out under the lights.

As soon as The Besnard Lakes (pictured above and on the right) finish their set, there's a mad rush to the bar to replenish liquids.

While this frees up a bit of space at the front of the stage, it's quickly elbow-to-elbow again until Swervedriver hit the stage.

It must be even hotter up there, I reckon. So kudos to them for keeping up the energy that the crowd is providing.

For a '90s band that's recently reunited, they're not quite as engaging with the audience as I'd hoped (like The New Odds, but put on an earnest performance nevertheless.