Last night Toronto saw the return of 90's Brit-rock heavyweights The Verve, reunited after a decade of inactivity. The band had conquered the world with their third full-length record Urban Hymns, a classic record in their genre that included the massive hit "Bitter Sweet Symphony".

Then the infighting started, mainly between lead singer Richard Ashcroft (pictured above) and guitarist Nick McCabe. There were rumours of fistfights and endless arguments that led to McCabe quitting and the band imploding shortly thereafter. 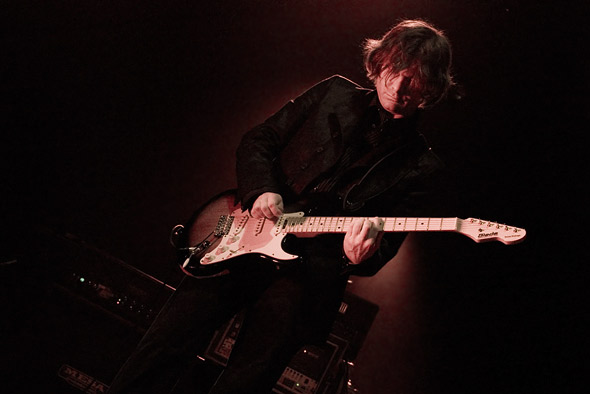 But they are back. Pretty much. Their lone Canadian stop on a very short North American tour went off with very few hitches last night at the Ricoh Coliseum. The show was not a sell out (contrary to certain mainstream media reports) but it was around 70% full, which puts attendance at roughly 7,000. Not bad for a band that hasn't done anything in ten years and is touring with no new releases to promote.

After an opening DJ set, the band took the stage at around 9pm. An opening band is always nice but since The Verve themselves apparently banned beer from the general admission area, everyone with a floor wristband was throwing the beers back in the lobby until The Verve started playing anyways.

The four-piece played lots of songs from 1997's Urban Hymns and 1995's A Northern Soul, with one song I remember from their debut record A Storm in Heaven. Show highlights were "Rolling People", "Sonnet", "History", "Life's An Ocean", and "Come On".

It was great to see one of my favourite bands from the 90's back in action. Not in a "let's get back together to cash in on nostalgia" sort of way - these guys are really back. They have already started recording their fourth album and plan to release it in August. A June release was put on hold due to financial insecurities at their label EMI. Majors aren't doing that well these days in case you hadn't already heard. 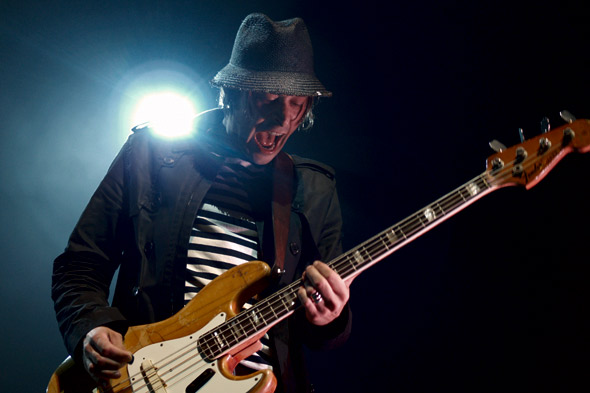 Back to the show. The band's level of enthusiasm seemed to be at an all-time high, as the above picture of bassist Simon Jones illustrates. Without a microphone in front of him (Ashcroft looks after all the official vocal duties), Jones sang every song as he encouraged the crowd to raise their hands and enjoy the reunion as much as he clearly was. He may have ticked a few fans in the pit area off though while toasting the beerless crowd with a bottle of Jaegermeister at the end of the show. After two hours of no alcohol, I'm sure many of them were hoping he'd shower them with the booze.

I say that The Verve are 95% back because while McCabe's guitar work is still astounding (he continuously used both feet to stomp on pedals throughout the night), and drummer Peter Salisbury's beats have never been tighter, Ashcroft's voice was not always at full strength and the band did not seem interested in putting on a tight show. They took substantial breaks between every song to have little meetings with their roadies.

Bonus points go to McCabe for wearing a Toronto FC jersey during their two-song encore, which included "Bitter Sweet Symphony" (the song that the crowd seemed to be waiting for), and a brand new song called "Love is Noise" that was the highlight of the night for me. If their new record includes more songs of that calibre, we're in for a treat this summer. 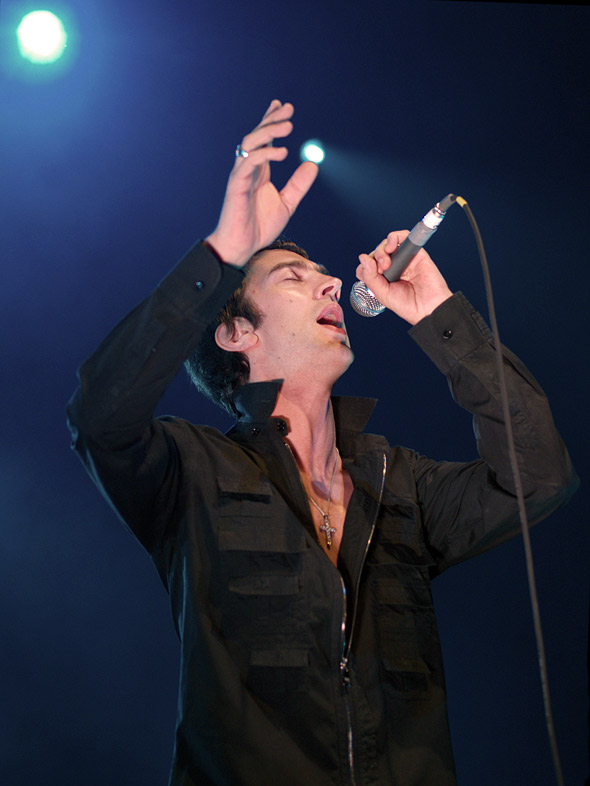